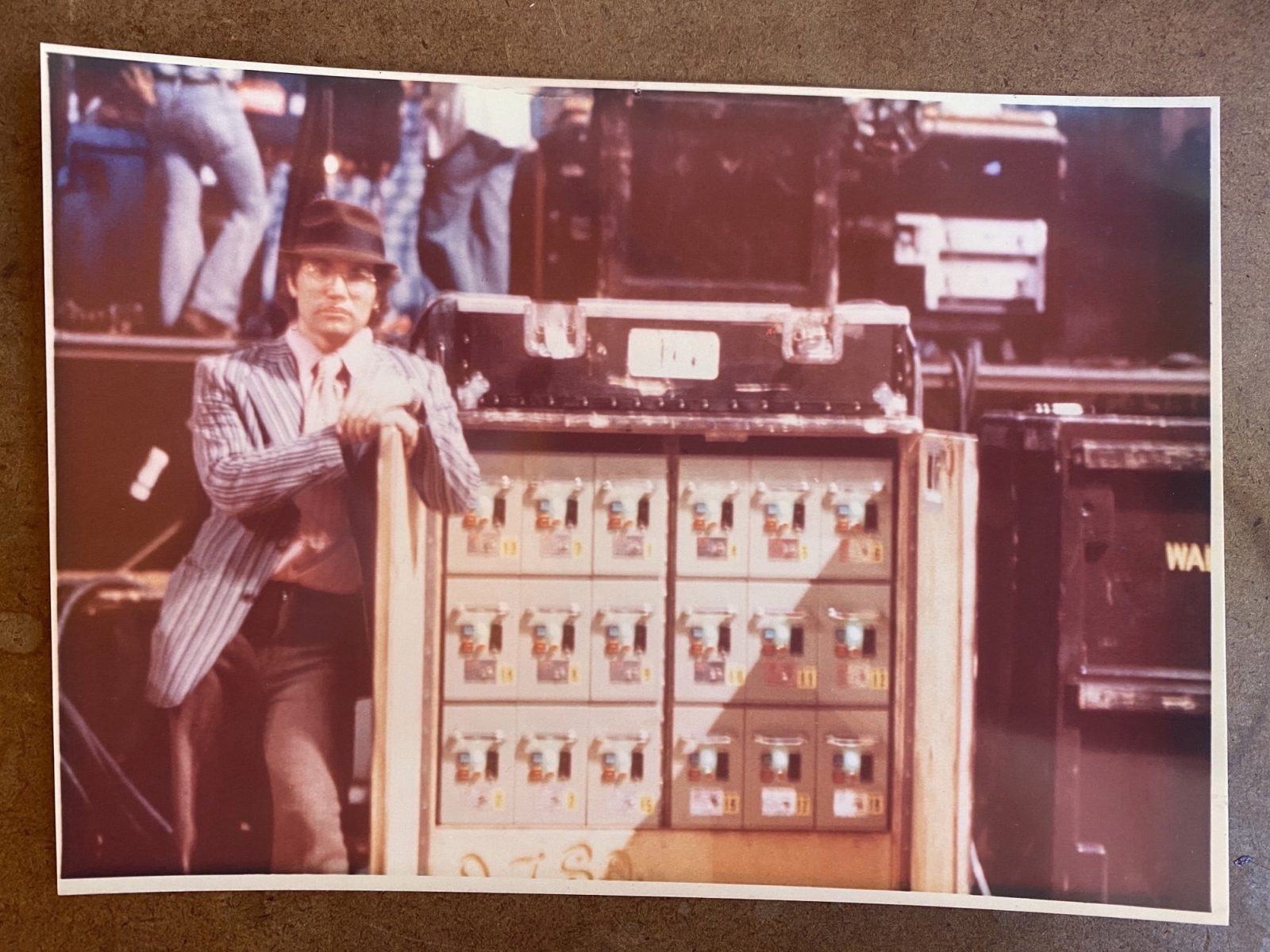 If you were to discuss the most interesting people in the CFL, Toronto Argonauts quarterback McLeod Bethel-Thompson would be at or near the top of the list. His well-documented football journey is fascinating enough but talking to him is never dull because he’s well versed in a myriad of subjects.

The funny thing is, he’s no better that the fifth-most interesting person in his family.

His partner, Chinaka Hodge, is a multi-talented artist, poet, playwright and screenwriter who was a writer for the series Snowpiercer and is currently an executive producer of, and writer for the Marvel Studios series Ironheart.

One of his grandfathers won an Olympic Gold medal, the other was at Pearl Harbor on December 7, 1941 when the American naval base there was bombed by the Japanese, leading the United States to enter World War II. 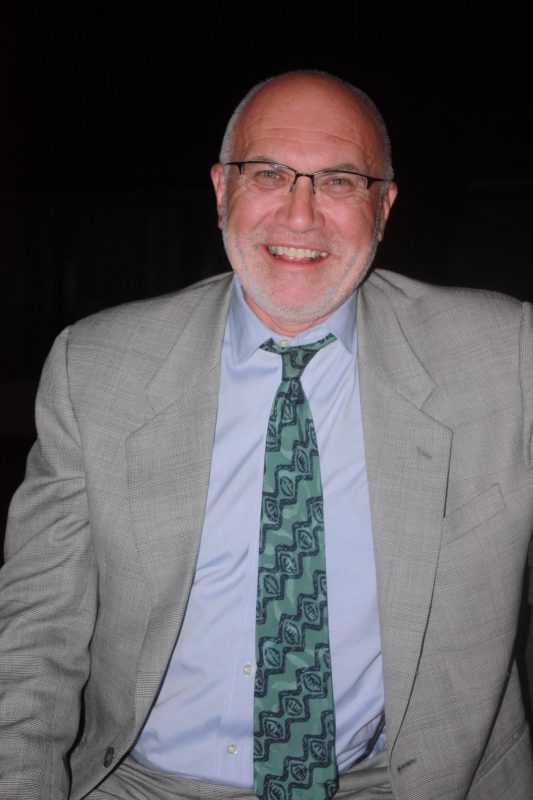 On the surface Mark Bethel has led a relatively routine life. As a young man who didn’t quite take to the regimen of college life, he moved north from his home in Long Beach, California, a suburb of Los Angeles, and found himself in San Francisco, a city he and his family would eventually call home.

He arrived in the Bay Area in the early ‘70s, but he didn’t like the jobs he was able to land when he arrived. He knew he had a love for something that wouldn’t pay the bills; going to rock concerts. He was particularly passionate about the Grateful Dead.

Yes, McLeod Bethel-Thompson’s father was a Deadhead; a devout follower of the iconic band that was formed in nearby Palo Alto, California.

He was cognizant of his desire to see the band live on a regular basis and asked himself a question that every twenty-something person thinks about, but rarely puts into practice; ‘Can I turn my passion into a profession?’

“I thought, ‘Why shouldn’t I make money doing that?’” Bethel told Argonauts.ca. But with Jerry Garcia and Bob Weir successfully fronting the band, the need for a new lead singer was out. That didn’t stop the eager young man. “I went down to the offices of FM Productions, which was Bill Graham’s production company.”

To many, the name Bill Graham (not to be confused with preacher Billy Graham) was extremely familiar to anyone who followed the live music scene of the ‘60s and ‘70s. If you read Rolling Stone magazine in that era you couldn’t avoid reading about the musical entrepreneur.

Graham founded the Fillmore West in San Francisco and its counterpart the Fillmore East in New York City, which became hallowed ground for musicians. He was also behind the Winterland Ballroom, the venue that took over as the Bay Area’s indoor musical hotspot after the Fillmore closed its doors for good in 1971. Bands that cut their professional teeth at the Fillmore included the Jefferson Airplane, Janis Joplin and, yes, the Grateful Dead.

So, Bethel headed to FM Productions to look for some sort of employment. Whatever he said in his quest to find work in the burgeoning Graham empire worked.

“I got a job as a stagehand,” he recalled as a part of a lengthy trip down memory lane with Argonauts.ca. “I lived two blocks from Winterland, which was an old, run-down ice rink/theatre and it’s where he (Graham) had been doing shows for a while. My first day I showed up and they told me to load in the Doobie Brothers, then during the show I was an usher and security guard. I was there from 10:00 in the morning until 2:00 in the morning as after the show we loaded the Doobie Brothers out. I made twenty-five dollars and had to spend two dollars on my dinner.”

It didn’t matter though; he was officially working in the music industry. 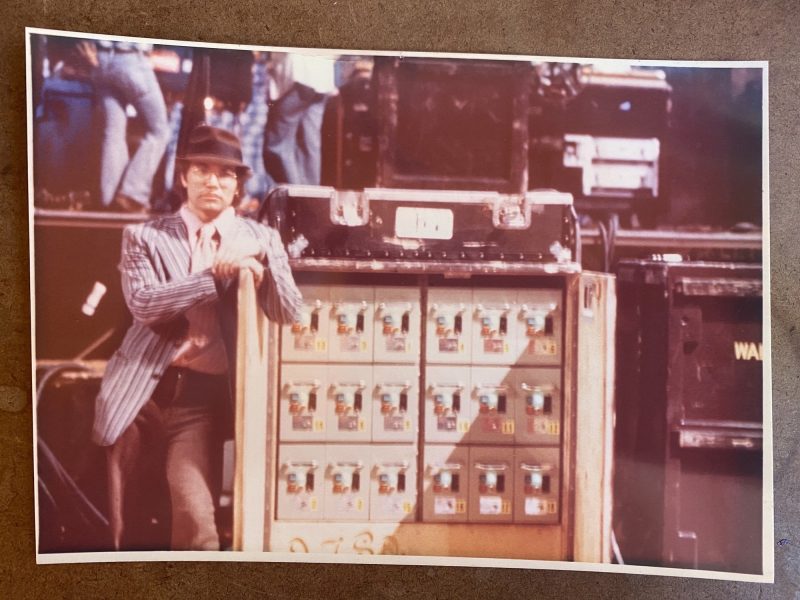 “It was a dream,” he admitted, before confessing he may have stretched the truth a bit to increase his stature. “One day after we had loaded out a show the stage manager asked if anyone had any carpentry experience. I raised my hand and said I could do that, having never run a table saw before. He told me to show up at 10:00 Monday morning. They showed me what to do and I built road boxes and drum risers and things like that.”

He continued to also work at the Winterland; loading in shows and eventually getting the news that made the laborious work worthwhile.

“The Crosby, Stills, Nash and Young tour was going out (1974). This was a big outdoor stadium tour. It was groundbreaking as nobody had ever tried to do a major outdoor tour before. They were looking for people to go and I certainly wanted to do it, so I became part of the road tour and me and another guy set up the big, outdoor PA system.”

“The CSNY tour was probably two months, two-and-a-half months. I came home from that tour and immediately turned around and went out on a Santana tour for six weeks. I came home for maybe a week and then went out on the George Harrison tour. I did the PA for him and also set up Ravi Shankar’s risers. I loved my job.”

As he continued, he’d be taught the necessities to become an electrician, which he felt was “Way more interesting than being a carpenter.” He was then setting up the tower for the lighting and the audio and called it the best job he’d ever had.

It got even better during one particular production.

“It was New Year’s Eve at the end of ’76 into ’77. The Grateful Dead usually did a show somewhere in the Bay Area and this year they were at Winterland and I was one of the house lighting guys, so that was the first Grateful Dead show I worked. I hadn’t been able to go to Grateful Dead shows for four or five years because I was working on the road all the time.”

The show didn’t turn out to be a one-off and the self-confessed Dead Head was about to start truckin’ with his musical messiahs. He’d get to know the Dead’s lighting designer, which turned out to be greatly beneficial.

“I, along with another guy on the crew, convinced her that she should hire us as their lighting company for their next tour. She liked us enough – we were not threatening, we were nice guys – so she agreed to hire FM (Bill Graham’s production company) as their tour lighting company. That’s why I got into the business, to work for them.”

Bethel would marry Patricia Thompson and the two would raise their family; McLeod, his sister Cassady and brother Dylan.

McLeod reflected on his father’s influence.

“The great thing about my dad is that he was there for me no matter what,” said the son of his father, even though there were times that work kept Mark physically distanced. “He’s a gregarious person, his laugh is contagious, he always has a story, everyone instantly likes him. He’s so authentically himself and so unabashedly himself. I can’t say enough good things about him, he’s a character.”

Unlike his lively conversation with Argonauts.ca, Bethel isn’t prone to recounting stories from back in the day to his family. That doesn’t mean McLeod didn’t find a way to learn about that period of his father’s life.

“It’s funny,” the QB said with a smile. “We ask, and he always shies away from the question and always gives half answers. The best time to get stories – and I was taught this at a young age – is to sit with the adults and don’t ask any questions. I would always sit around when his work buddies or someone would come over and ask him questions, and I would sit quietly and that’s when I would get all the best stories.”

Bethel has watched Bethel-Thompson mature into a loving partner and father; an all-star professional quarterback who possesses intellectual curiosity and tremendous leadership skills. How does the father feel about his son’s growth?

“I’m not surprised at all,” Bethel said with zero hesitation. “He’s been working towards doing exactly what he’s doing. He has a natural charisma and a natural way of interacting with the world. He has a knack of being able to interact with anybody.”

The relationship between father and son is strong, particularly at this stage of their lives. Now that he’s a father of his own, McLeod says the most important lesson he learned may be the most obvious one.

“Just show up. Love is spelled T-I-M-E,” His face the then brightly lit up as one specific recollection came to mind; one that naturally involved his father and music. “I have fond memories of Sunday afternoons; he would play Parliament’s “Funkadelic” and we’d clean the house.”