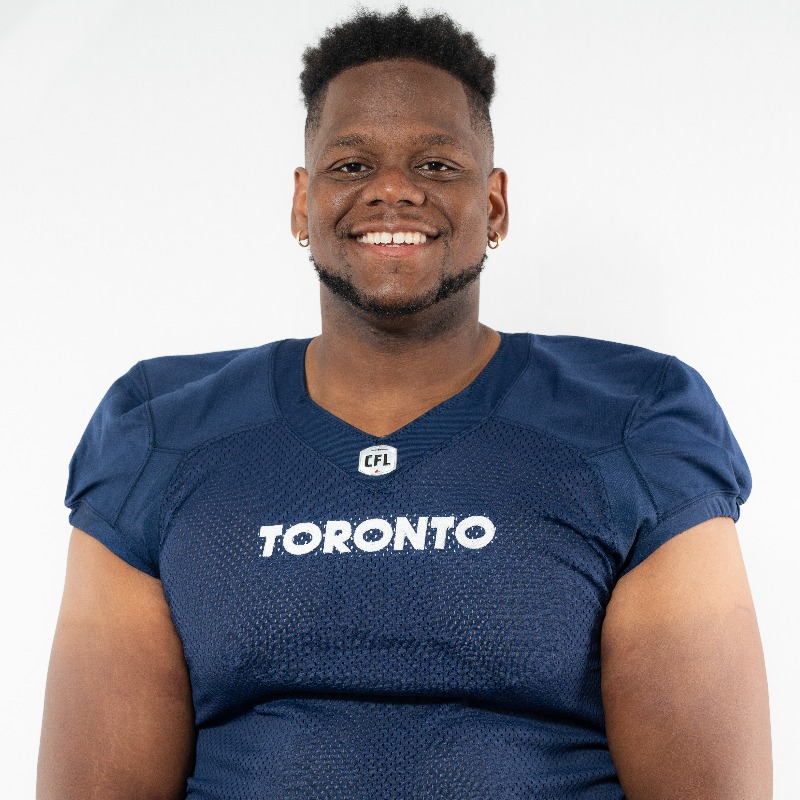 It wasn’t the most glamorous of injuries, but it’s one that in a way exemplifies Isiah Cage’s CFL career so far.

The left tackle for the Toronto Argonauts didn’t suffer a knee injury while blocking a defensive end, allowing his quarterback to throw a touchdown pass. He didn’t throw out his shoulder springing a running back for a lengthy run.

He slipped in the shower, hit his head on the faucet, and suffered a concussion.

It’s been that kind of Canadian experience for Cage, who put a potential career in law enforcement on pause to give pro football another shot after he was released by the Indianapolis Colts in 2017.

He showed off his talent with the Double Blue at the end of 2018 and first half of 2019 before suffering a season-ending injury in a neutral site game in Moncton versus Montreal.

After the 2020 season was cancelled, he was fired up about the 2021 campaign, but suffered a season-ending ankle injury during training camp.

Then, just before this year’s season opener against Montreal, came the slip in the shower. He was staying in a temporary residence while looking for a place to live after training camp ended. 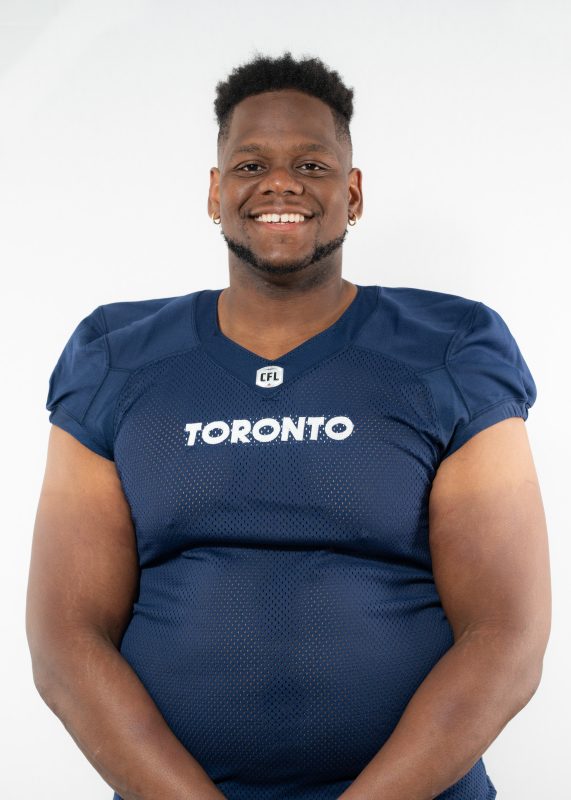 “I almost slipped a couple of days before that, so I knew the shower was slippery and I was trying to be careful,” said Cage. “I had on my slides and I turned to put my towel on the door handle. I turned around and took one step forward with the water running and I slipped forward. Then I slipped backward and tried to catch myself and I tried to turn sideways and fall and put my hand down, but my hand slipped and that’s when my head hit the faucet.”

As scary as the prospect of a 6’5”, 312-pound man hitting his head after a fall in the shower may be, Cage told Argonauts.ca it could have been worse at the time of the accident.

“I didn’t get knocked out,” he explained. “I hopped right back up. I’ve hit my head harder in the past, honestly. It hurt a little bit on the side of my face and my eye. It was bad for about five seconds and then went away, so I was thinking I’m fine and finished showering. Two days later when we had a walkthrough and I felt like I was in a fog I knew I had a concussion.”

It’s the third season in a row Cage has found himself missing a significant chunk of the schedule. The only luck he seems to have had since joining the Argos has been bad luck.

“I couldn’t really believe it honestly; the amount of work I’ve put in after what happened to me in ’21 when I got rolled up on. I was feeling good; everything is going good and something again that’s out of my control happens.”

He thought he was going to be ready for the game against Winnipeg on July 4, but he wasn’t quite there yet. The Chicago native is feeling like he’ll be good to go when the Argos play Saskatchewan this Saturday afternoon in the Touchdown Atlantic game to be played in Wolfville, Nova Scotia.

“I’m definitely pretty hungry. I’m ready to get back out there, get back to doing what I do and get in a groove. I was hoping at this point I’d be four games into the season, I’d be in a good groove by now. Now I’ve got to get that rust off and get back to work.”

It’s a move the Argos have been waiting for. They’ve had to start the season with Cage and Peter Nicastro – two of their best o-linemen – on the shelf. The addition of Cage brings the Argos not only a lot of talent, but a considerable amount of attitude to the position that protects McLeod Bethel-Thompson’s blind side.

It will be a good test for Cage and the entire unit against Saskatchewan, a team that leads the league with 23 sacks; 10 more than second place Montreal. At this stage, Cage is just happy to get back on the field, no matter who the opponent may be.