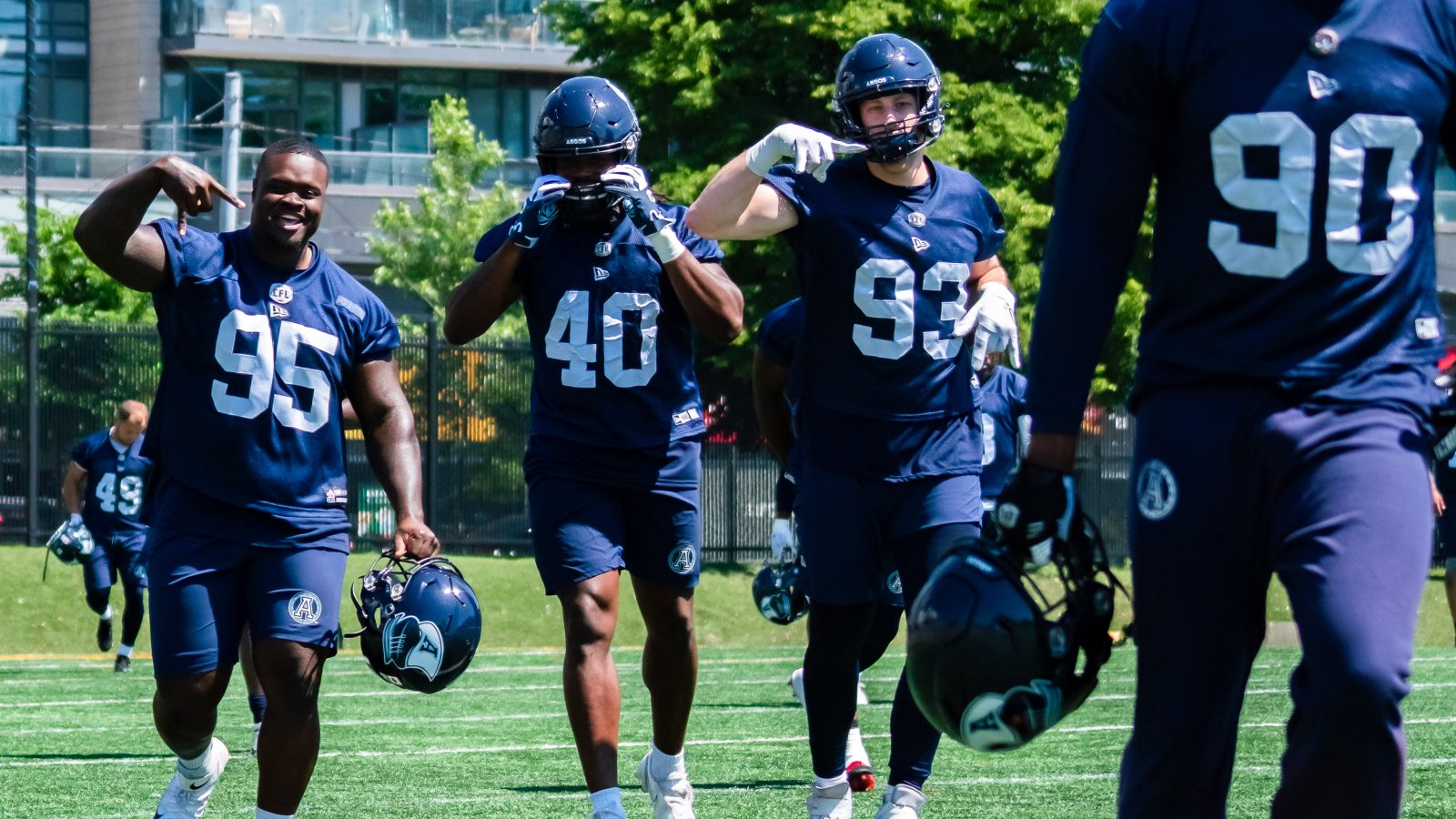 Last week Argonauts.ca previewed the Argos offence in advance of Thursday’s season opener against Montreal. Now it’s time to look at the defence and the special teams.

A deep, talented group led by one of this year’s top free-agent acquisitions. Ja’Gared Davis heads up the QEW from Hamilton to join the Argos, looking to make his sixth trip to the Grey Cup in as many seasons.

His presence, along with a healthy Shane Ray on the other end, should increase Toronto’s pass rush, which recorded just 29 sacks last year, second-fewest in the league. Returning players Robbie Smith, Eli Mencer and newcomer Jachai Polite – the New York Jets third-round pick in 2019 – will be the rotational players off the edge, while Global player Simeon Okonta-Wariso will start the season on the practice roster.

The interior of the D-line is also deep and talented, starting with Shawn Oakman. A CFL all-star in his first season in the league, the 6’8” Oakman led the team with six sacks.

Other tackles include Canadians Sam Acheampong, Fabion Foote, Benoit Marion and second-round draft pick Deionte Knight. The other two Americans on the inside are Julian McCleod and Dewayne Hendrix.

The starting middle and weakside linebacker spots belong to the M&Ms, Henoc Muamba and Wynton McManis. It’s a solid a one-two punch in those spots as any team in the league. There’s significant Canadian depth here with returning players Jack Cassar, Trevor Hoyte, Brandon Calver and 2022 draft picks Enoch Penney-Laryea and Daniel Kwamou. Jonathan and Tony Jones – no relation – are the American backups here.

The Argos are blessed with another deep, talented group in the secondary – which includes the strongside linebacker.

Chris Edwards will start at the SAM spot when his suspension is over. There’s enough depth to fill in adequately while he’s out. It would appear that Jamal Peters and Tarvarus McFadden will be the starting corners, with DaShaun Amos and Shaquille Richardson at the halfback spots.

Royce Metchie takes over at safety. The Brampton native signed as a free agent and looked great in training camp. Josh Hagerty will back him up.

Robertson Daniel is a Swiss army knife in the secondary and can fill in at essentially any of the spots. He may have the inside track at filling in for Edwards. Other backups include returning players Matt Boateng and Tigie Sankoh, along with newcomers Robert Priester, Caleb Holden and 2022 draft pick Eric Sutton.

The Argos enter the season with three kickers and a long snapper on the roster.

Boris Bede returns after a monster 2021, where he was named an Eastern All-Star. Bede connected on 28 of his 33 field goal attempts, including six from 50 or more yards out. He will be able to concentrate on field goals and kickoffs this year as the club has added punter John Haggerty. The Australian was the Argos first-round pick in last month’s CFL Global Draft. The other kicker on the roster is returning placekicker Toshiki Sato, who is on the practice roster.

Jake Reinhart returns after a frightening arm injury ended his 2021 season after just eight games. He is the longest tenured Argo, entering his eighth season in Double Blue.

As for returners, it looked as though Javon Leake was the favourite to be the primary returner, but right now he finds himself on the practice roster. If he isn’t elevated for Thursday there are a handful of players capable of returning, including Isaiah Wright, Earnest Edwards, and Brandon Banks. This will be a position worth checking on when the roster for the home opener against Montreal is revealed on Wednesday.