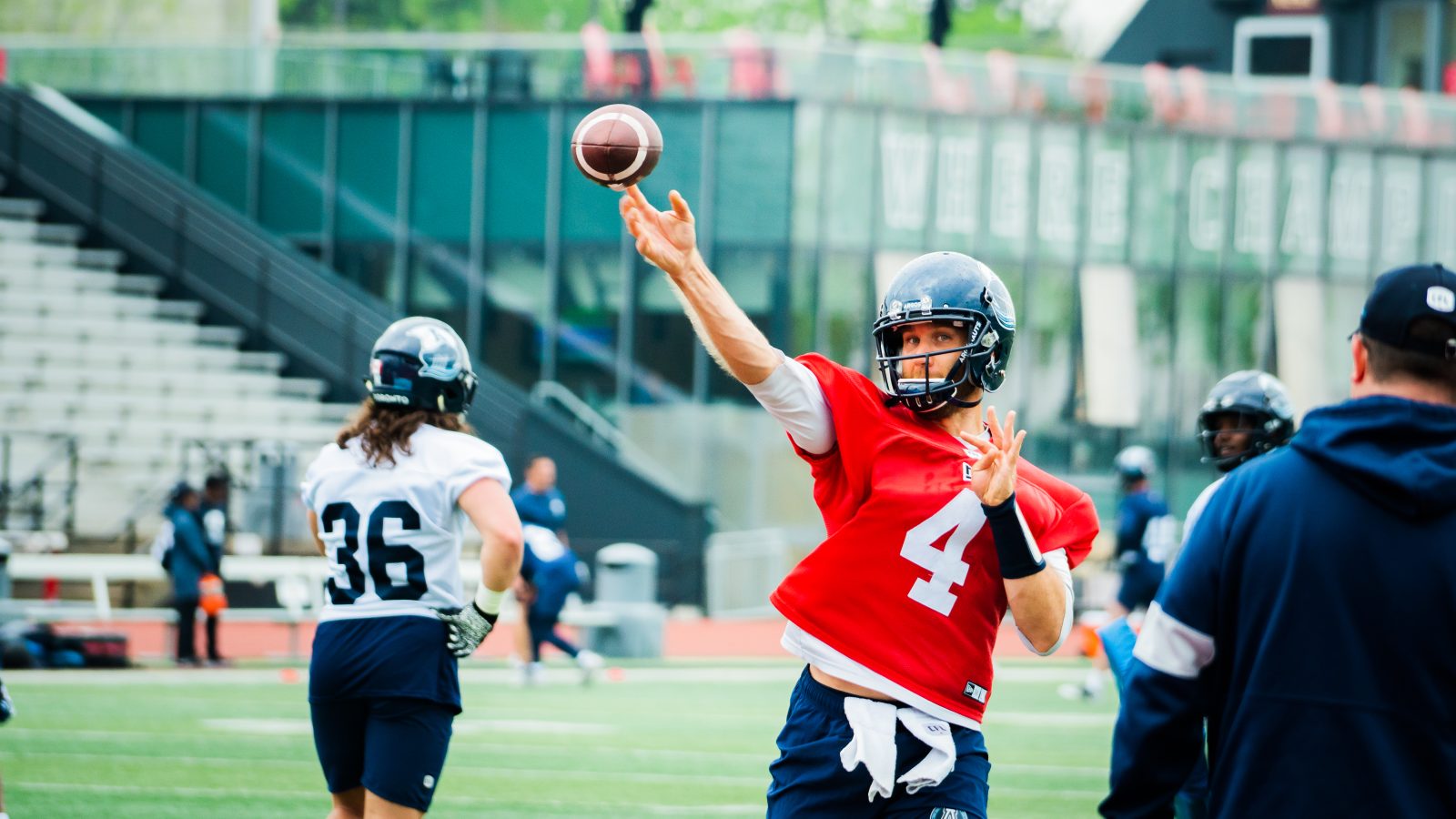 The dynamics within a football team can be an interesting thing. Players come together from different countries and different backgrounds in an attempt to build a singular unit.

Within a team’s big picture there are many smaller dynamics at play. During training camp, the offensive and defensive groups will try to form a bond, competing against one another for the better part of a month. They’re teammates, but the competition can be fierce.

Within those two units there are fellowships that form between positional groups; offensive linemen constantly look out for one another; as do receivers, defensive backs, etc.

Perhaps the most interesting dynamic happens in the quarterback room. Unlike other positions, there’s just one quarterback on the field at a time. A healthy QB room involves 3-4 athletes; competing for the same job but being 100 percent supportive of the starter if they’re in a backup role.

The Toronto Argonauts released Antonio Pipkin on the weekend, reducing the number of QBs on the roster to three; veteran McLeod Bethel-Thompson and newcomers Chad Kelly and Austin Simmons.

“We’re helping each other be the best selves we can be,” he said. “That’s our job; iron sharpens iron and love helps love.”

It’s an interesting group to be thrown together according to Kelly.

“We’re all from different areas,” Kelly told Argonauts.ca. “I’m from the north, from Buffalo. Austin is from the Midwest (Council Bluffs, Iowa), and you’ve got Mac from our there in California (San Francisco). You put all three of those together and there’s some type of bond; we all love football, and this is bringing us closer and closer together.”

Bethel-Thompson’s well-documented journey shows his passion for the sport. He sees a similar trait in Kelly.

“Chad loves football, so he brings that energy and that joy and that’s apparent. Anything we can do to help him continue to love football and continue to get better, I’m happy to do it in any and all ways.”

Simmons is the quietest of the group as well as the youngest. He’s gone from being the one of the oldest people in the locker room in college to being one of the youngest with the Argos. At 25, he’s three years younger than Kelly and eight years younger than Bethel-Thompson. Playing with teammates who have kids and mortgages is a different experience for the majority of rookies.

“When you get into professional sports things kind of change,” said Simmons. “Mac is in his 30s and I’ve never had a teammate that old. We click as peers, but at the same time he’s like a coach and a mentor and a guy I look up to and aspire to be, so it’s a cool dynamic.”

Simmons admits to being on the quiet side, which made his rookie night performance even more effective. First-year players are asked to sing a song in front of their teammates before evening meetings. QB3 didn’t get it done the first night he was called to the front of the room but bounced back strong.

He brought a sheet of paper with him and began reading a poem – and was loudly booed for it – before stopping two lines in, tearing off his shirt and busting into “Lose Yourself” by Eminem, which brought down the house.

Where did that come from?

“I had a few ideas thrown out to me about what I should do,” he explained. “I just went with that. I said, ‘You know, if my teammate thinks it will be cool then other guys might find it will be cool too.’ I picked it and ran with it and did the best I could. For sure it was outside of my comfort zone.”

It’s not just the QB room that seems to be bonding well. Tuesday concluded with a team barbeque. Bethel Thompson told Argonauts.ca it’s an important part of the team building process.

“We needed it. We bang against each other’s heads on the field and maybe not know who the person is across from us. If you don’t do that and it’s crunch time you’re not 100-percent sure you can trust them. But if you spend time outside of the field, if you play cards with them, it just adds a different dynamic on the field because you can trust them as a football player, as a teammate and as a friend as well.”

With just one pre-season game left for the Argos, things seem to be coming together at just the right time.

It was bombs away for Bethel-Thompson on the first play of the day on Tuesday, connecting with Brandon Banks some 50 yards downfield. Simmons showed off his arm by launching one for an even deeper completion later in the day… Earlier Simmons threw a dart to Darece Roberson for a TD…Argonauts.ca asked A.J. Richardson what his initials stood for. His given name is Arlandus Richardson Junior.