Hogan: Worthy Proving His Worth 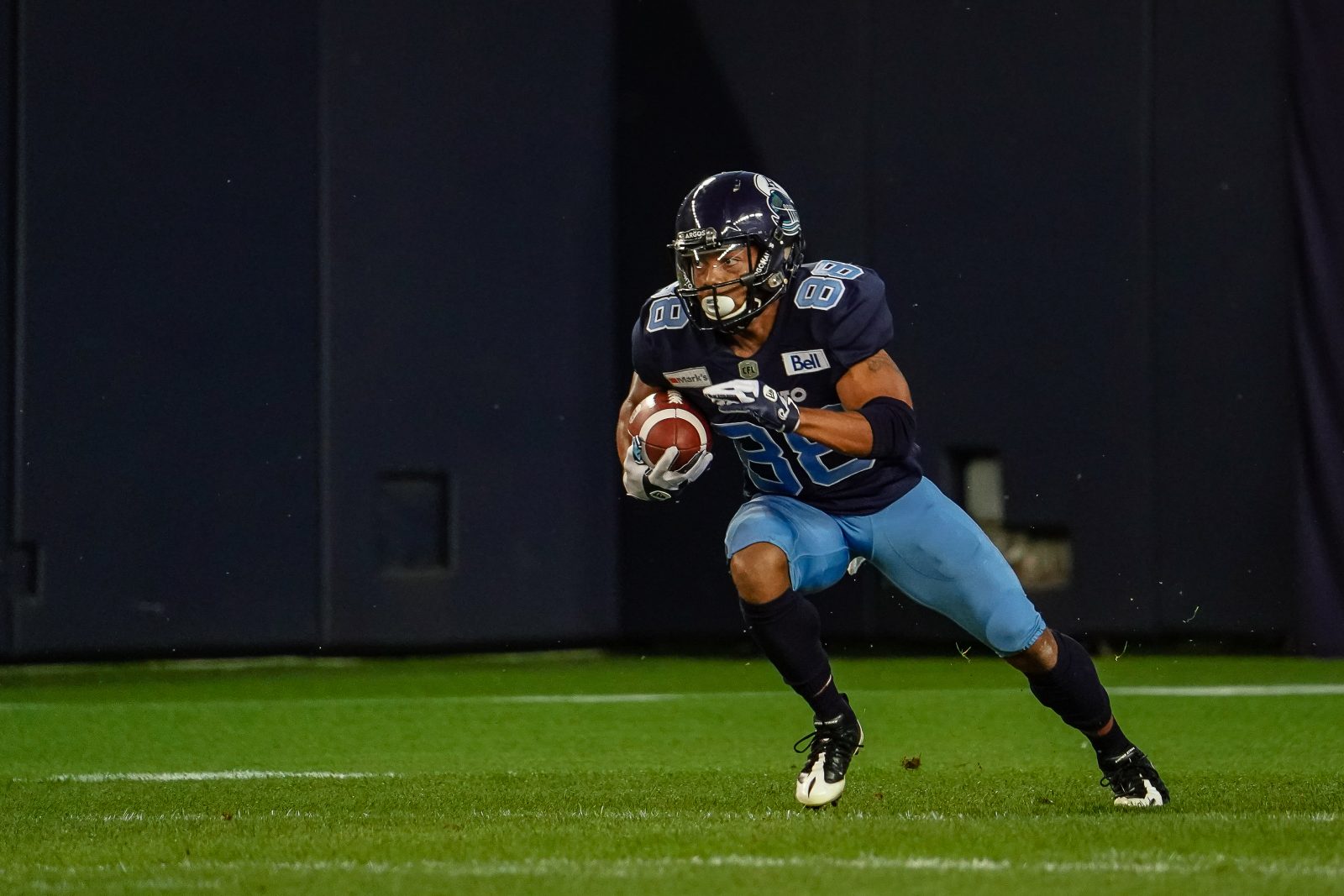 Hogan: Worthy Proving His Worth

Statistics are a funny thing. A good accountant or P.R. flack can twist numbers into pretzels to validate a point they’re trying to make. Numbers can also leave you puzzled from time to time.

A glance at the CFL’s combined yards leaders – a total of receiving yards, rushing yards and return yards – shows, not surprisingly, Ottawa’s DeVonte Dedmon leads the league in that category.

That’s not a knock on his talent level, far from it. Worthy’s spot in the pecking order may raise an eyebrow simply because of the journey he’s been on this year.

When the Argos broke camp after a month in Guelph his spot on the roster was tenuous. He did nothing to lose his job, but the team had added several highly talented veteran receivers to the roster, while newcomers to the league like Damion Jeanpiere and Dres Anderson had also impressed.

When the team elected to go with Daniel Braverman as a starting receiver and returner, Worthy’s loose grip on a roster spot became even more tenuous and he was eventually released on August 10.

“Honestly, I was done with football,” he confessed to Argonauts.ca. “This is it for me, I don’t have any more. I’ve given it my all and at that point I thought my sign in life was telling me to go in a different direction. I was planning on life outside of it.”

He hung around Toronto, working out with McLeod Bethel-Thompson, running patterns and staying in shape, just in case his life’s direction decided to take a U-turn. 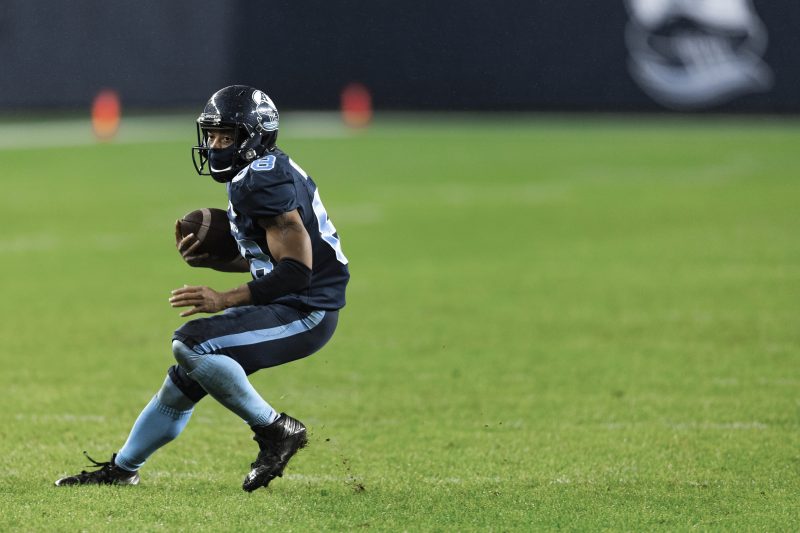 The Argos called back a couple of weeks later and on September 1 he re-signed with the team. Nine days later he would play against Hamilton, primarily as a returner, but also seeing some reps at wide receiver.

Most of his contributions have been on special teams as the team’s primary returner where his speed is much appreciated.

“Our blocking is slowly getting better and that can help him showcase his talent, and he has some talent,” Special Teams Coordinator Mark Nelson told Argonauts.ca. “You can’t coach speed, but you can use it. A guy can be fast but doesn’t play fast. A guy has to know how to use his own tools and Chandler does. We just have to create more space for him. If we create more space, then he will be able to put the pedal to the metal and go.”

Worthy has the best view of anyone on how those improvements in the return game are coming.

“More than anything else it’s just us believing in each other,” he said. “The guys are starting to believe in me, and I definitely believe in them; those guys are throwing crazy blocks out there. We’re coming together at the right time. It’s starting to become special and we see now that we can affect a game.”

Speed is Worthy’s greatest asset. He’s the fastest player on the team and in his eyes the fastest player in the league. The numbers back him up. His fastest recorded 40-time was 4.26 seconds, while he ran in the 4.3s at his pro day. He says he knows he’s faster now.

The product of Troy University is now getting to display his ability for the first time in his Argo career, at least on a regular basis. Even hard-core Argo fans may forget that Worthy made his Double Blue debut in 2017 and he’s been on and off the roster ever since.

“People think it’s only been one year, but it’s been four years,” he explained. “More than anything it’s seeing that if you stay determined, if you believe in yourself, you just keep putting the work in, eventually your time will come. If you trust something and believe in something, just keep going. It may not always look pretty, but just keep your head down and work hard and it will work out the way it’s supposed to.”

It’s been working out for the Griffin, Georgia native since his return. His 1,133 combined yards in just seven games is a testament to his hard work and perseverance. Key touchdown catches against Montreal and in Hamilton were both pivotal plays in Argo wins, proving he can contribute offensively when needed.

Argo fans can rest assured he’ll be ready when his number is called.