Hogan: Another game for first place 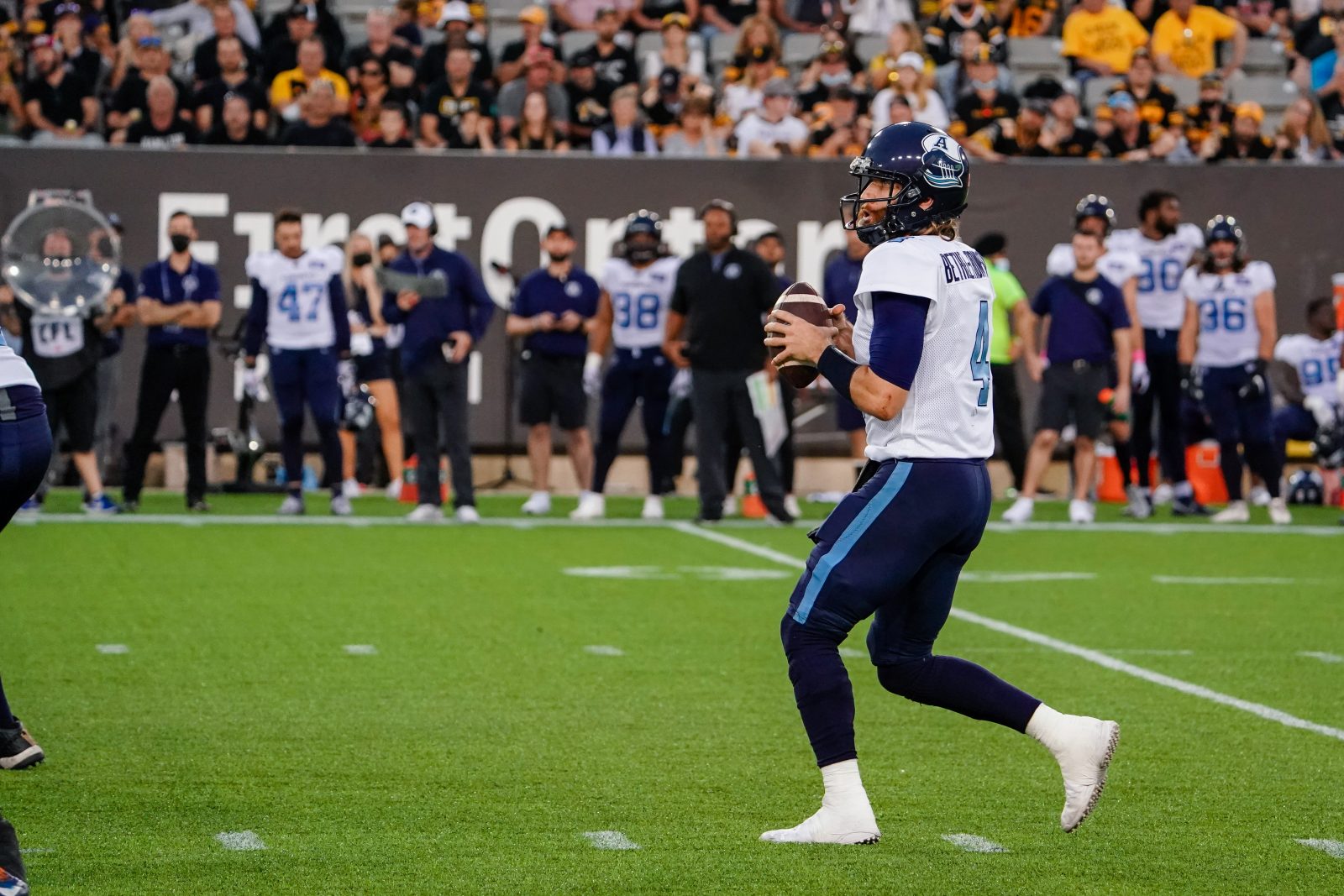 Hogan: Another game for first place

The kick sailed high and long and true; the rotation of the ball slowed just a bit to improve distance. When placekicker Boris Bede’s last-second field goal split the uprights on the final play of Thanksgiving Monday’s game in Hamilton it set off a wave of euphoria, far more than usual for a mid-season game.

There were numerous reasons for the celebration; the win came in dramatic fashion as the Argos scored 19 points on their final four possessions. The win gave the Boatmen sole possession of first place and a four-point cushion over their black-and-gold rivals. The team overcame a horrendous first half, at least offensively, then proceeded to look as crisp as it had all season. Perhaps most importantly, it was a win in a building where the team had won just once since the Ticats moved there in 2014.

After a ridiculously short week the team is now in the middle of an 11-day stretch between games. It was much needed physically, but how does a team keep its mental edge after winning what felt like a playoff game?

Simple, immediately play another game with first place on the line.

This Friday the Argos travel to Molson Stadium to play the Alouettes, fresh off back-to-back wins over Ottawa and like the Argos currently riding a three-game winning streak, the Als last loss coming at BMO Field. Montreal has a 5-4 record and find themselves just two points behind Toronto and an equal number of points ahead of the Ticats.

The hero of the Hamilton game says as great as the feeling was after that win, it’s been easy to put it in the rear-view mirror and focus on the task at hand, beating the Als and staying in first place.

“We did get a good win in Hamilton and it was exciting,” Bede told Argonauts.ca. “But you know I feel like we had the bye week to kind of cool down and brush it off. We’re past Hamilton now, so we’re on to Montreal. It’s a big game, it’s as big as the Hamilton game we just played. We know they’re just a win behind us. We’re excited, we’re getting ready to perform and beat that team also.”

Another one of the Double Blue heroes on Thanksgiving was quarterback McLeod Bethel-Thompson, which would have been a bold statement if made at halftime that day. The fourth-year Argo struggled through the first 30 minutes, passing for just 84 yards before having the best half recorded by an Argo QB in recent memory.

M B-T went 23/27 (85.2%) for 304 yards and a pair of touchdowns in the final two quarters, leading the team to a field goal, touchdown, touchdown and field goal on the final four possessions.

Like his teammate, he’s finding it easy to concentrate on the task at hand.

“When you look at the standings Montreal is right there,” Bethel-Thompson said of the next opponents. “One loss to them and we could be in second place. We know we have to play better; we haven’t played a complete game. It’s a division game, we expect a playoff atmosphere in their house. Montreal is a great place to play too, it’s going to be a good environment.”

The Argos offence looked as efficient in the second half as it had all season. There had been flashes of greatness prior to that game, but for the final 30 minutes in The Hammer it looked they way it’s supposed to. 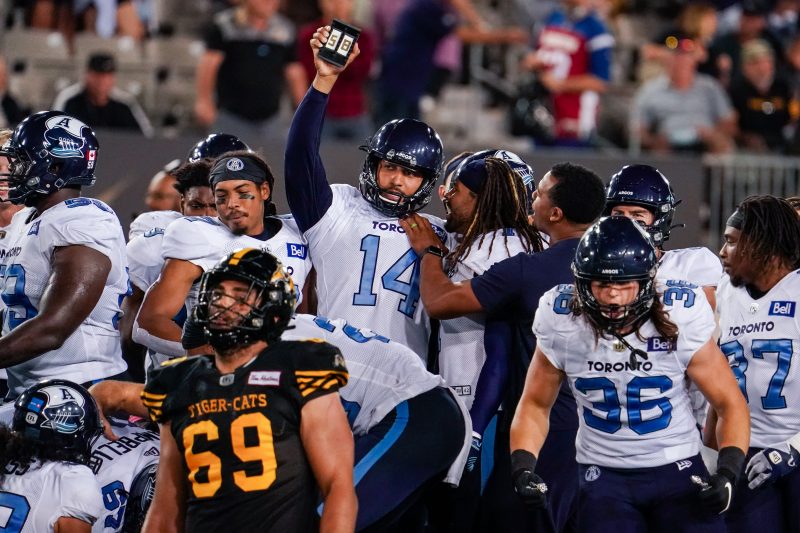 Bethel-Thompson explained why things clicked the way they did in that second half.

Bede, who played the first five seasons of his CFL career in Montreal, loved the success the offence had in the second half and raved about the defence’s play on a weekly basis.

As far as special teams go, there were more positives than negatives in the Ticat game. Bede was 3/4 in his field goal attempts, he boomed punts of 56 and 64 yards, the net punting yards were better than average, and Chandler Worthy had a solid day as a returner.

Bede says he expects even better play from special teams down the stretch.

“We’re getting it together,” he explained. “We’re starting to get a core, which will bring consistency, which is going to make our unit way better. We’re young but we’re starting to pile up experience. It’s exciting. You saw flashes of the three units (against Hamilton), but we’re not there yet. As soon as those three pistons kick in we’re going to be a very, very, very dangerous team. I’m excited.”

The kicker’s optimism is contagious, but that will change quickly if the team doesn’t take care of business in Montreal on Friday.