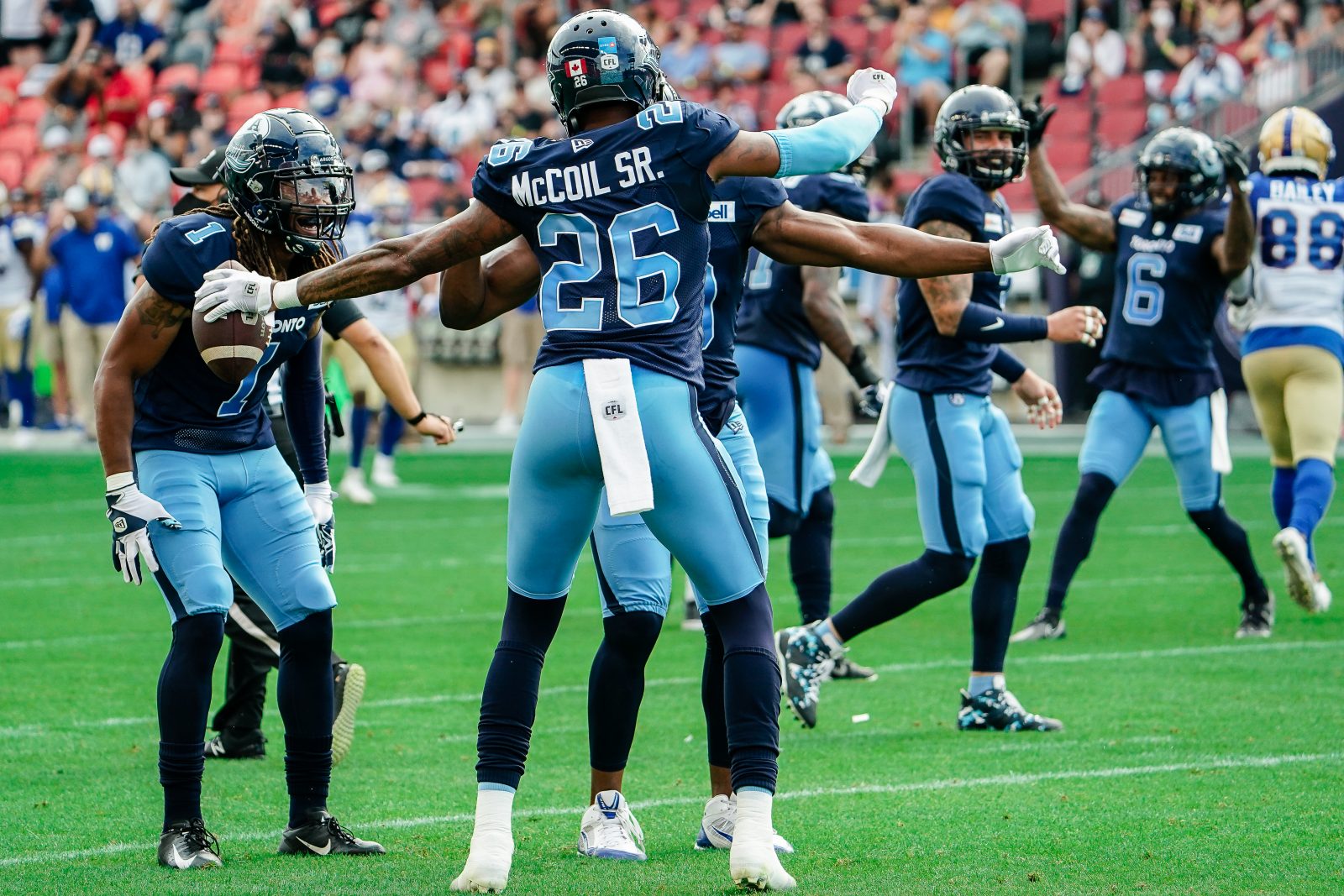 For most who work Monday to Friday, the week starts as a bit of a downer then ends on a much happier note. The Toronto Argonauts are hoping to fall into that routine this week.

Monday saw them drop the Labour Day Classic 32-19 in Hamilton. The work week didn’t allow for a lot of physical labour to be done, as the club had Tuesday off, then held light walkthroughs both Wednesday and Thursday, trying to give the players enough down time for their bodies to recover.

“Physically it’s kind of tough,” receiver Eric Rogers told Argonauts.ca. “You don’t really get out on the field, you just do more mental work. You’re playing the same opponent so you can physically get your body ready. If you’re not too banged up, you can be pretty fresh.”

Rogers showed on Monday he’s capable of bouncing back mentally. He slipped and fell coming out of a break on a first quarter play that led to a Hamilton interception. In the fourth quarter he dropped a pass near the goal line that he hauls in 999 of 1,000 times.

The very next play he made a spectacular leaping catch for a touchdown on a third-down gamble, then added another TD grab two series later. Rogers is thrilled to be able to get another shot at the Ticats so quickly after Monday’s defeat.

“Mentally it’s good, especially after a loss,” he confided. “You’re able to get out there and get that taste out of your mouth. You can play another game where you can win and get some revenge.” 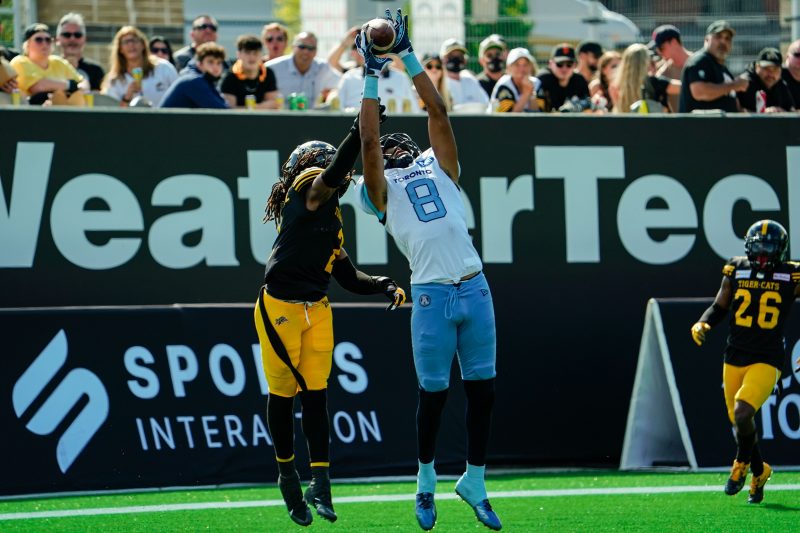 Dexter McCoil Sr. could be excused if his mind was elsewhere on Monday. Last week Hurricane Ida ripped through his family’s hometown of Lutcher, Louisiana, less than an hour’s drive west of New Orleans. There was heavy damage to structures, but like all five members of the Argos organization from the New Orleans area, his family is thankfully safe and sound.

The issues back home didn’t have an effect on his game. The University of Tulsa product had five defensive and one special teams tackles, while early in the fourth quarter coming within a hair of intercepting a Dane Evans pass, which likely would have resulted in a 67-yard pick six.

He’s doesn’t think this short week leads to a competitive advantage for either team.

“I wouldn’t say it’s an advantage or a disadvantage,” McCoil told Argonauts.ca. “I’d say it’s even because both of us got the same amount of reps. Also, we both know each other, there’s mistakes that we want to correct. I think it’s good because we get revenge, it’s time for us to try to get this win.”

Mentally, the entire team seems eager to go. Turnovers, careless penalties and surrendering big plays were the difference on Monday, with all three of those areas being correctable. McCoil says it’s the physical aspect that’s a bit tougher.

“That’s the hardest part because you’ve got to shake your body all the way back,” he said. “Any bruises, nicks, or any injuries, you’re hoping the healing part of that can go faster so we’re ready for the game.”

The exceptionally talented, versatile defender then ventured back into the cerebral part of the game.

“Mentally it’s just trying to get a crash course on a new game plan. It’s a good thing you are playing the same team so it’s not like you haven’t seen them before, but getting your own game plan, putting it into effect and not practicing so much physically, but being in the playbook and watching film and being ready to play mentally.”

Monday was also his first chance to take part in the Toronto/Hamilton rivalry.

“It was fun,” said McCoil. “To me it was just like another game to be honest. Every game you want to go out there and compete. It was a little more magnified, the dislike of each other. I played in the Edmonton/Calgary games so I know how hyped up that can be, but I’m just treating it like another game, and we’ve got to beat them.”

A little rest, a lot of video and a healthy amount of study time. It’s not a normal work week for either the Argos or Ticats, but it’s a great week to be a fan of either team. The rematch is set for 7:30 Friday night at BMO Field.