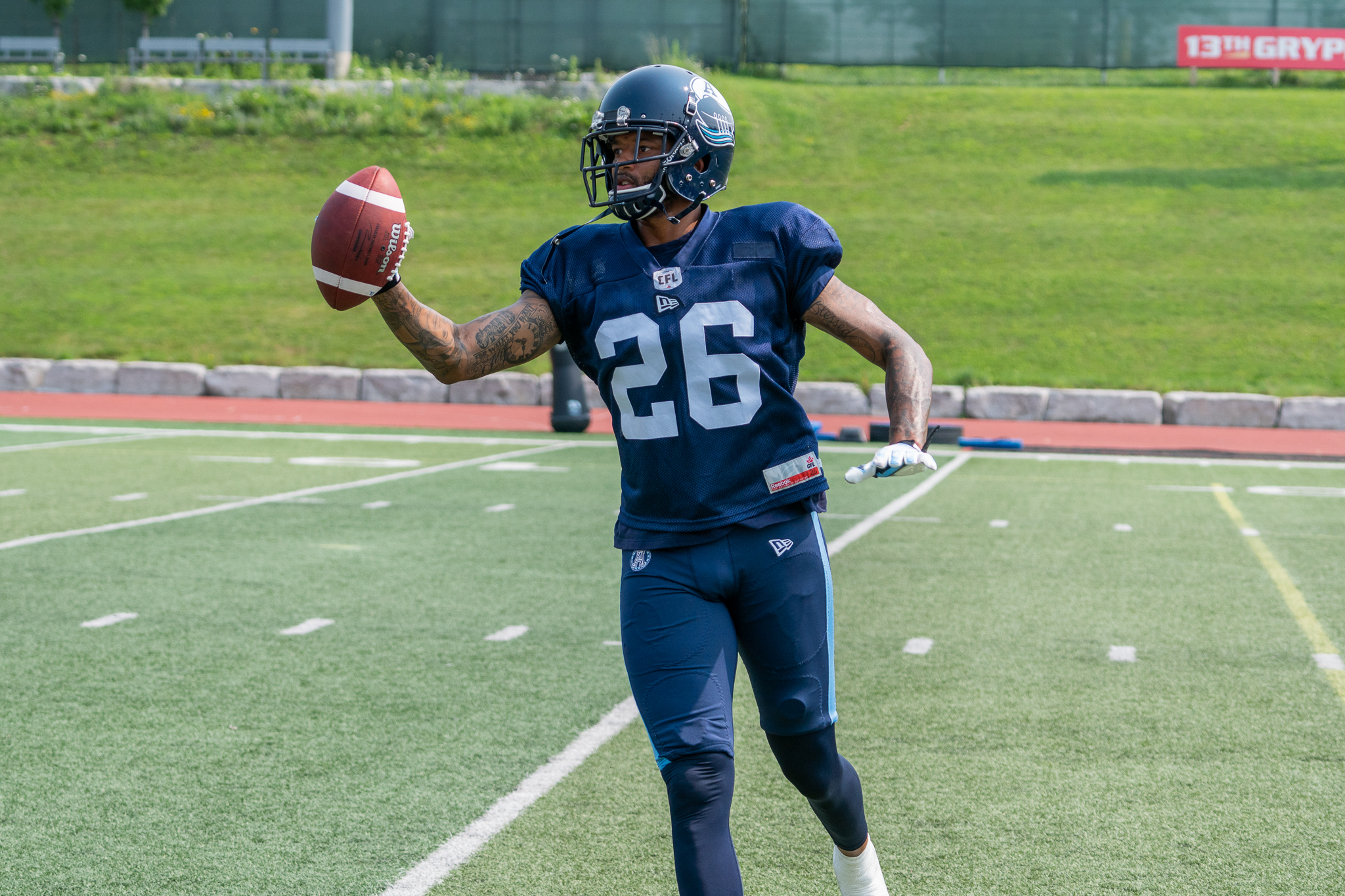 Anyone who goes to Toronto Argonauts training camp may think they’re witnessing a game of human Whack-a-Mole.

That’s the game played every year on the CNE Midway, where a mole’s head appears out of a hole, and the goal is to whack it before the head lowers back down the hole.

The Argos version would be based on the veteran group of defensive backs, never quite sure where they’re going to line up. Any player could pop up in any position on any given day.

It speaks to the group of talented players Defensive Coordinator Glen Young has at his disposal. He’s able to move players around, trying to find out which player fits best in each position.

That’s fine with McCoil, who has played in both Edmonton and Calgary, achieving All-Star status in Northern Alberta before heading to the NFL.

Richardson feels the same way and knows that the experience in his group will play off big time when the regular season rolls around.

“It makes it a lot easier when everybody is talking and recognizing the same thing,” said the University of Arizona product. “Even the young guys that haven’t played CFL, just talking to them, they’re coming along pretty fast.” 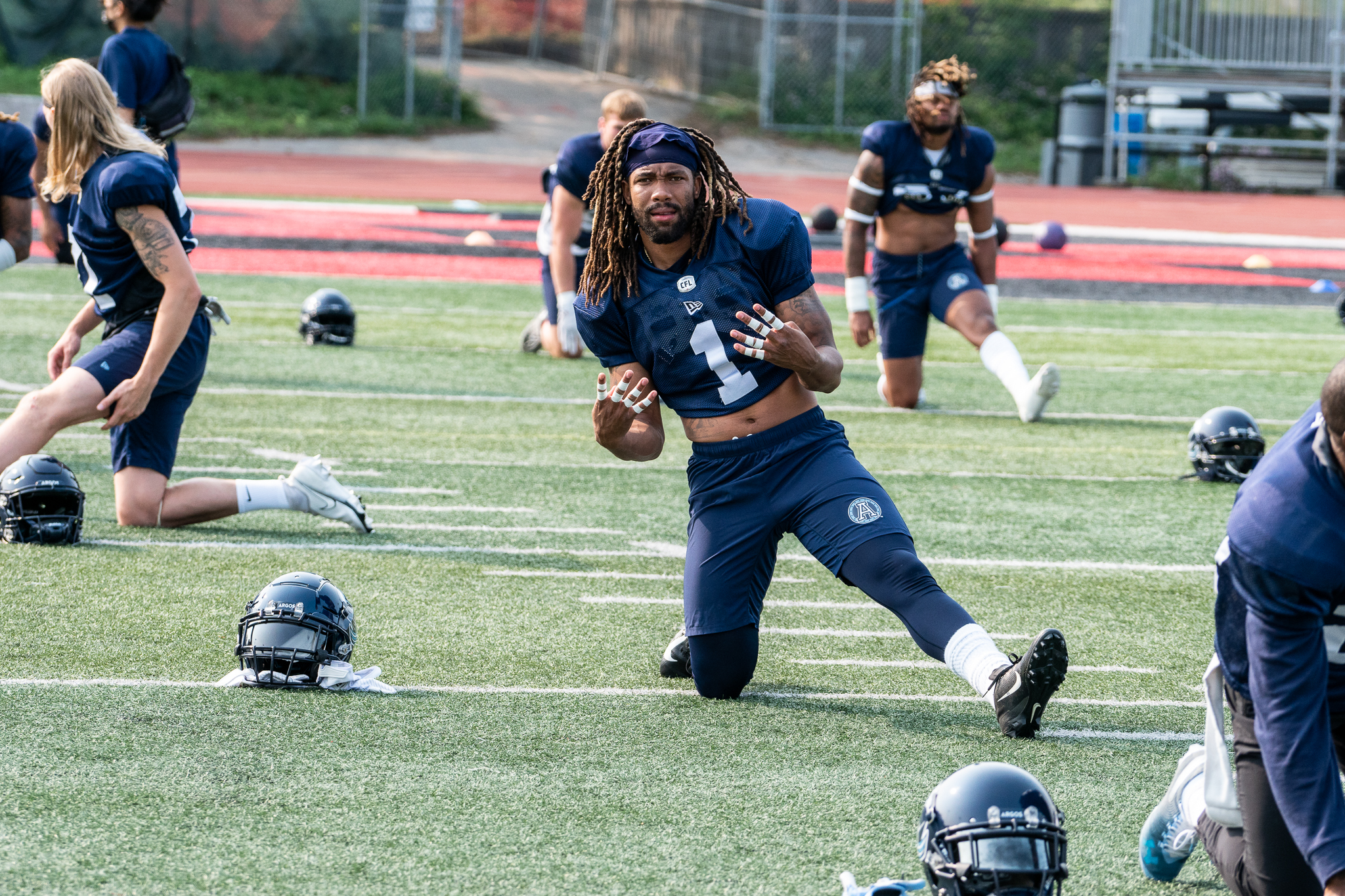 Though he’s moved around in camp, the position he prefers playing is the boundary halfback spot.

“I feel like it’s one of the most competitive positions as far as leading receivers and high calibre defensive backs. It’s a good spot to be high action and I like a lot of action.”

He saw some action on Sunday, at one point reading a route run by Eric Rogers, jumping it perfectly, and coming up with the interception. There’s potential for that to be a regular occurrence this year, not just with Richardson, but everyone in the secondary.

That includes the 6’4” McCoil, who Richardson already has a nickname for.

“I call him Superman,” he said. “Because he’s long, fast, strong, he can get wherever, he can fly over there. He’s been a big help. We’re going to be able to do a lot of things with his versatility, his size, he’s going to get a lot of picks and make a lot of plays.”

It’s definitely a mutual admiration society between the two, as McCoil is a big fan of Richardson.

“He’s aggressive, he’s a great communicator, he loves communicating to make sure everybody’s on the same page and I think he’s hungry.”

That communication between everyone in the secondary has paid off. There’s a noticeable difference between the play of the unit from the time camp opened.

“Each day I feel like everybody is communicating with each other,” said McCoil. “Everybody knows what the other person is supposed to be doing, so it helps everybody play faster.”

So many talented veterans, so many options. While things are sorting themselves out in the secondary, the staff still has several possibilities to explore between now and opening night in Calgary.

On Monday the team will hold one of two live scrimmages. It won’t be a full 60-minute game but will be timed.

Following the scrimmage, the personnel and coaching staffs have to get together to make the first round of cuts.

John White runs hard. That is all.

The best deep ball of the day was thrown by Antonio Pipkin, who picked up a blitz and hit an open Daniel Braverman downfield for a long TD pass.

At the end of practice Head Coach Ryan Dinwiddie addressed the team and emphasized how happy he was with the intensity of both the offensive and defensive groups during the day.