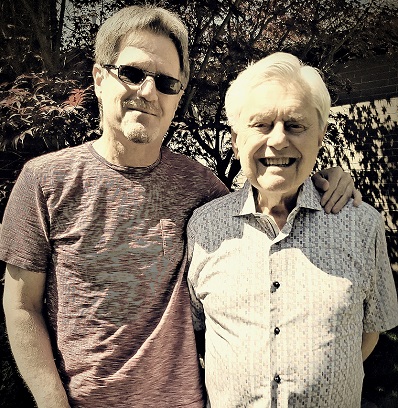 There’s a certain charm to having a strong family tradition. Whether it be having Thanksgiving dinner at the same family member’s house every year or having the matriarch of the family open the first present during the holiday season.

Sports lends itself to tradition. Families in CFL markets gather at the stadium or in front of the television each Labour Day. Opening day is a major date on each baseball fan’s calendar. For some, nothing is more Canadian that getting together with friends and family every Saturday night during the winter to watch the Leafs play.

For Howard Berger, the chance to reignite a family tradition was too much to ignore. The longtime radio reporter, both loved and hated by Leaf fans for two decades, recently purchased two season tickets for Toronto Argonaut games to sit with his 24-year old son Shane, a staunch Argo fan himself.

It harkens back to the days when young Howard and his father headed to Exhibition Stadium to watch the Leo Cahill Argos play.

“He took me to my first Argos game on September 20, 1969 against Ottawa,” he recalled, using the photographic memory that he used so effectively during his radio days. “I don’t even think we were in the stadium, we were in Section A, the furthest west section in the grandstand. It must have been 30 yards from the goal line, but it was the most thrilling thing to be at an Argo game.”

Remember this place? Before it was renovated for baseball? Memories of the #Argos and the old #CNE Stadium… https://t.co/lfPtW3ekgA pic.twitter.com/kIHmGxwDVK

From there the memory floodgate was open and the information was flowing freely. Berger talked about attending some games over the next two seasons and recalled the Toronto lineup in detail, a roster that evolved before the ’71 season when Berger the elder stepped up for a pair of season tickets so father and son could go to every game.

“They weren’t the best seats,” recalled Berger, who grew up in the Bathurst/Sheppard area.  “They were in the south bleachers, the uncovered stands. They were halfway up in the first row behind the walkway, so people were walking in front of us all the time, and we were right on the west goal line.”

His passion for all things Double Blue hasn’t waned over the last half century. He has attended home games and made some trips to Hamilton to see the Argos over the years but had not stepped up for season tickets. His work and travel schedule made that exceptionally tough to do during his days covering the Leafs and Jays, but his mindset changed last week.

It was because of a suggestion from his son, which came after Berger wrote a Father’s Day piece for his blog “Between The Posts”, accessible via twitter @Berger_BYTES

“He wanted to do with me what I did with my dad,” explained a proud papa. “There’s also a bit of symmetry this year. It’s 50 years since my dad got those season tickets in ‘71, which was a magical year. Twenty-five years ago, we were getting ready for the two greatest Argo teams of all time, the Doug Flutie era. So, it’s a perfect time right now to buy these tickets.”

It gives Berger the chance to turn back the clock and be what he couldn’t be professionally, something that led him to a career in sports in the first place. It gives him the chance to be a fan.

“I covered the Leafs, and I covered the Blue Jays enough that my emotional attachment to both teams is gone,” he told Argonauts.ca in a phone interview. “It doesn’t mean I don’t have passion for them, I just don’t care if they win or lose. With the Argos I’m still a fan and that never changes. I want to go down there with my son and I want to cheer and do all the things fans do that I would never do at a Leaf game or a Blue Jays game.”

This is the kind of story that makes Chris Shewfelt a very happy man. The Vice President of Business Operations for the Argos knows how important family traditions are.

“It makes me feel great, sports are generational,” he told Argonauts.ca. “Parent to child, grandparent to child, that’s what sports are all about, celebrating those special moments in time. Whether it’s the boat logo invoking those memories of someone’s youth, then wanting to come back to something they had special memories of. That’s what the retro logos do, bring back those moments in time and sports has an amazing ability to do that.”

The amount of response Shewfelt received after the Argos brought back the boat logo was substantial. It reinforced that there’s a passion out there that can be tapped into. For some fans of a certain vintage, this season will bring back a memory or two, and perhaps encourage fans who haven’t been down to a game for a while to head back to BMO Field.

“It’s a special year for the Toronto Argos,” said Shewfelt. “We’re celebrating the 30th anniversary of the 1991 Grey Cup champions and all the lore that came with that team. John Candy, Wayne Gretzky, Bruce McNall, Rocket Ismail, Matt Dunigan, Pinball Clemons; it was a special team and we’re going to have some fun with that.”

Shewfelt grew up in a CFL family, albeit one that cheered for the Ticats. He’s come around and seen the Double Blue light but looks back fondly on those days watching games at Ivor Wynne Stadium with his family and understands the importance of those occasions.

“There was a period of time when I was really young where we didn’t go down to Ivor Wynne as much,” he recalled. “But in around ’93 or ’94 we started to get back into it and our family repurchased season tickets. I’m the youngest of five and all of us had tickets at that time. So, I was with my parents and my sisters and my brother and we solidified as a family. The CFL has always solidified and brought my family together.”

Like Howard Berger, Shewfelt is now in the process of passing the torch as he sits in his seats in Section 118 with his sons. He’s emotionally invested in everything happening both on the field and in the stands but is always thankful he’s watching those games with the young men he’s sharing his gameday experience with.