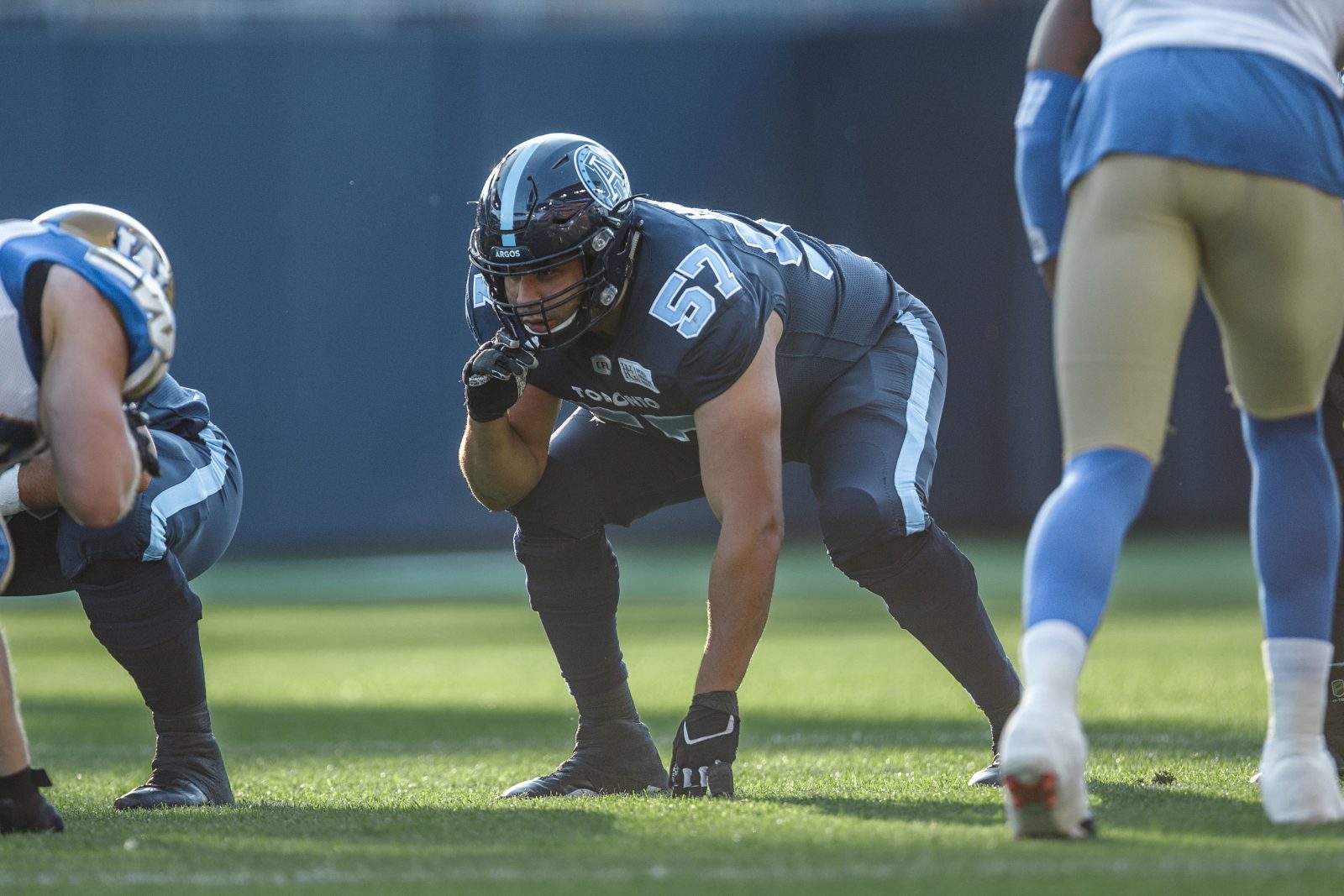 On May 4 the CFL Draft will be held, virtually of course. After previous deals with Calgary and Winnipeg, the Toronto Argonauts enter the draft with one pick in the first round (7th overall), one in the second (12), one in the third (25), two in the fourth (30, 33), none in the fifth and two in the sixth (47, 52).

A healthy total of seven selections gives the team an opportunity to stock an already crowded shelf in terms of quality Canadian talent. The Argos rank at, or near the top of the league in that category.

So, what kind of talent is available at those selections? Argonauts.ca has gone over the draft results from 1985 – the first draft after the league ended its pre-draft territorial exemptions – and tracked how the team has done with those picks.

The astonishing thing is how infrequently in 36 drafts the teams has had picks 7 and 25. Only twice in that time has the team had the seventh pick, while remarkably, it’s never had the 25th pick. Not once in a nine- and sometimes eight-team league; it’s hard to believe.

The Argos do have one current connection with that pick, as Receivers Coach Markus Howell was the 25th overall pick in the 2000 draft by Winnipeg.

Here’s a breakdown of the picks, and historically how the Argos, and the rest of the league have done.

Tyler Holmes (2001): The Argos had to wait on Holmes, who started his pro career in the NFL, but the wait was certainly worth it. The guard became a key member of the 2017 Grey Cup champions. His final season in Double Blue was in 2019. The son of former Argo running back Richard Holmes played 112 regular season and four playoff games, never missing a game in the final six years of his six-and-a-half seasons spent in Toronto. 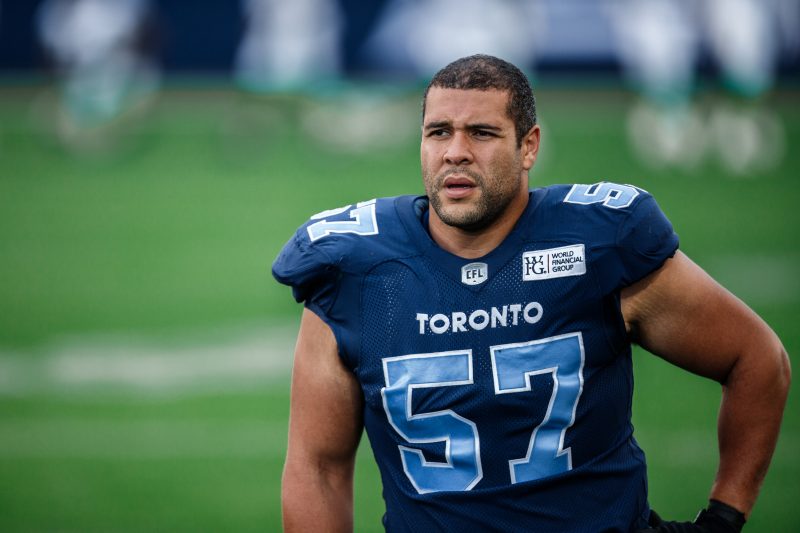 Dwayne Derban (1986): An all-star member of a stacked team at UBC. The linebacker never played for the Argos but did go home to play two seasons with the B.C. Lions.

Roger Dunbrack (1998): A tall defensive lineman from the 1994 Vanier Cup champion Western Mustangs. He played with the Argos for five seasons, playing 81 regular season and four playoff games. He also played in Hamilton and Ottawa for another five years.

Daryl Waud (2015): Injuries hampered what was a promising CFL career. The defensive lineman from Western appeared in 25 regular season and one playoff game for the Argos over three seasons before finishing his career in Ottawa. He now plays professional lacrosse for the NLL’s Philadelphia Wings.

Mike Cote (1989): A team captain who anchored a solid running game at Colgate, the offensive lineman never suited up for the Argos.

Dave Irwin (1994): A receiver from Guelph, the two-time All-Canadian played 10 games with the Argos in 1994, catching four passes.

Alexis Sanschagrin (2002): Sanschagrin was an OUA All-Star twice. The defensive back from Western played seven games for the Argos in 2007.

Frank Hoffman (2004): The offensive lineman started his collegiate career at Temple before transferring to York. He played but one game in the CFL, but it came in the Argos 2004 Grey Cup season.

Steve Schmidt (2007): The fullback and long snapper was drafted in an odd year for the Argos. While drafted 30th, he was the just the second Argos pick that year, as their top pick was Eric Miranda, not chosen until 29th overall. The San Diego State product played 32 games during the 2008 and 2009 seasons before being traded to Hamilton.

Steven Turner (2010): Steven “The Burner” Turner was an outstanding receiver/returner from Bishop’s. He broke the CFL Combine record by running the 40 in 4.31 seconds and posting a 43.5-inch vertical jump. He grew up in Brampton as a die-hard Argos fan and spend two seasons on the practice roster, but never suited up in a game for the Double Blue.

Matt Norzil (2015): Norzil was an injury-plagued wide receiver from Laval who had another a red flag attached when the Argos took a chance on him; he had failed a test for a banned performance enhancing substance. He was released by Toronto at the end of the 2015 training camp and had other opportunities in Saskatchewan and Calgary.

Kristen Keillor (1985): An OUA All-Star and Rookie of the Year, Kris Keillor was an offensive lineman from the Laurier Golden Hawks. He never played a game for the Argos.

Thomas Miles (2014): A linebacker from the University of Manitoba. He became an important part of the Argos special teams in his three seasons in Toronto. Miles would play 40 regular season and one playoff game in Double Blue, before signing a free-agent deal with his hometown Winnipeg Blue Bombers, where he won a Grey Cup in 2019.

Tim Karbonik (1988): A tall, All-Canadian receiver from the University of Calgary. He never played for the Argos.

Clifton Dawson (2006): Dawson was a running back from Harvard who set the Ivy League career rushing record with 4,148 yards. The Scarborough native and Birchmount Park Collegiate star started his pro career with the Indianapolis Colts before moving on to other NFL stops in Cincinnati and Houston. He never played in Toronto.

Joe Spaziani (2019): The long snapper from the University of Virginia came north and immediately found himself in the lineup when Jake Reinhart was injured in the 2019 season opener. He played seven games in Double Blue but retired at the end of his rookie year to return to the UV as a coach. 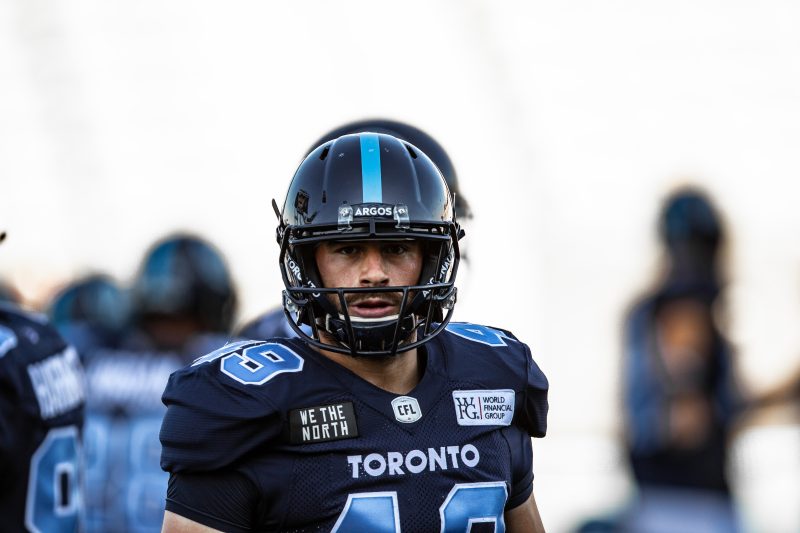 Richard MacLean (1990): A five-year offensive lineman at St. Mary’s who never played with the Argos. That didn’t mean he was done with Canadian football. MacLean is the former president of Football Canada, the former IFAF president, and became the U SPORTS Director of Football in 2018.

Michael Di Domenico (2013): A Burlington native and M.M. Robinson product who played offensive line at Tarleton State after transferring from Saddleback Community College. He spent time on the practice roster, but never played with the Argos.