Hogan: The Case of the Missing Ring

Hogan: The Case of the Missing Ring

No, Ray Zaremba isn’t a warlock, he didn’t drink tiger blood, nor did he do anything illegal.

He did, however, upstage Jon Cryer.

Cryer, Sheen’s co-star in Two and a Half Men, made headlines this week when he lost, then recovered his wedding ring while filming in Vancouver. The story went viral.

But the likable actor has nothing on the former offensive line coach.

Zaremba is a football lifer. Born in downtown Toronto, he played defensive line at the University of Toronto before entering the coaching world. He coached high school ball at Clarkson and Lorne Park, USPORTS with Queen’s, UBC and his alma mater. He spent one season coaching in Australia and had two stints with the Argos, 1997 and 2000. 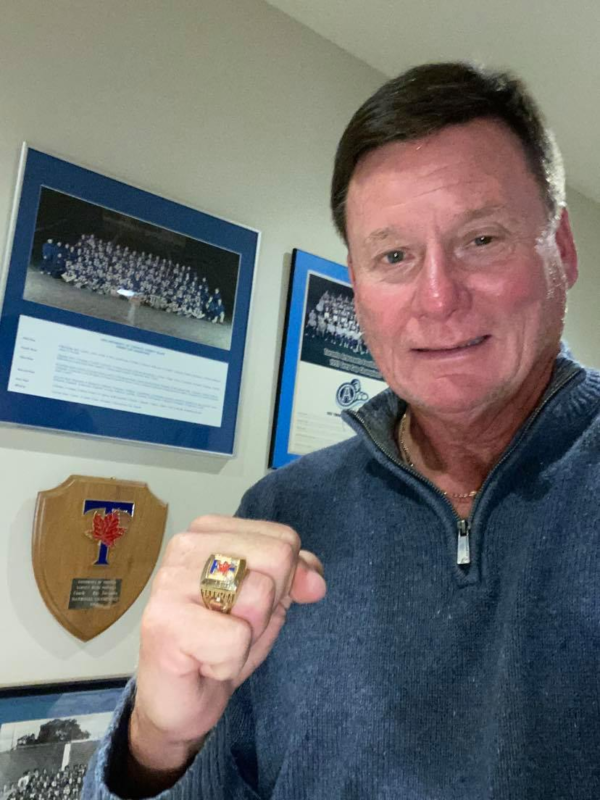 The first part of Zaremba’s bizarre story begins in 2002. Living in North Vancouver, he was the victim of a robbery. Among the possessions stolen, the 1993 Vanier Cup ring Zaremba won as the U-of-T’s offensive line coach.

“My condo door was smashed in,” Zaremba recounted for Argonauts.ca. “I lost a camera, my computer, and my ring. The RCMP filed a report, but I figured that ring was melted down and was gone.“

“About two years later my sister called me. She said a friend had been on eBay and saw the ring. I saw it. I contacted the seller and eBay and the seller disappeared. There was nothing eBay or the police could do.”

The good news is that the ring had not been melted down. It was surviving but was about to enter hibernation for another decade and a half.

Then, as suddenly as it was taken from him, it made a reappearance.

“Three weeks ago a man named Kelly from the Ottawa Gee Gees contacted me and said ‘You don’t know me, but are you Coach Zaremba?’ He said he was researching some Vanier Cup stuff, then asked if I was selling my ring. I said no, and that’s when he told me it was on eBay.”

An obviously stunned Zaremba reached out to the seller, but unlike the first sighting, this time he received a response.

“He said he bought the ring 15 years ago at memorabilia show near the airport in Toronto. The ring had gone from here in Vancouver, to Toronto, to the current owner in Jersey City, New Jersey.”

Now it was time to bring the bauble home.

“I told him I’d really like to get this back. He said he’d sell it to me for the price he paid for it. It made me cry that I had to buy my ring back.”

Yes, Zaremba was a Cryer. 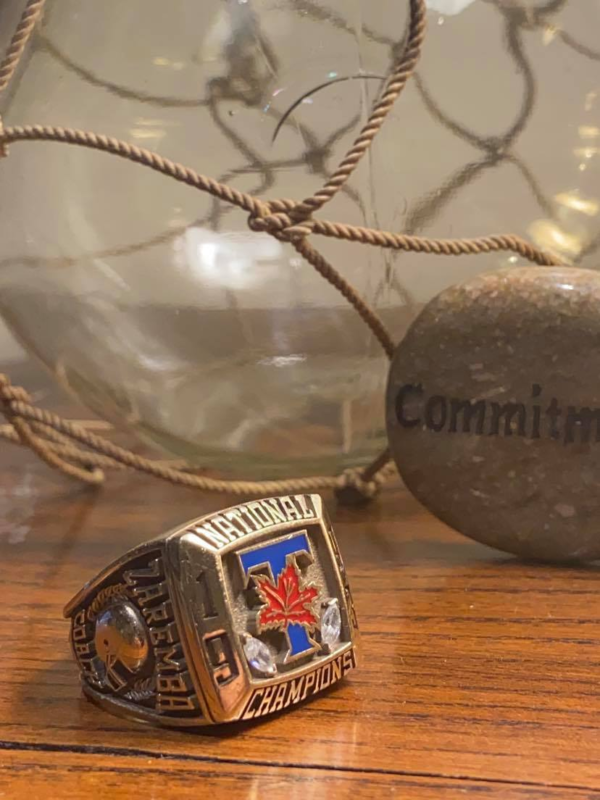 The story is a great one, but one angle is a bit eerie if you believe in that sort of thing.

Argonauts.ca asked Zaremba what it was like to put on the jewelry for the first time in 18 years. There was a seven-second pause before he replied.

“Tight,” was how he responded with a laugh. “It was exciting, humbling, emotional. The best part is the link to my boys (the ’93 champs), the old guys. A lot of them still keep in touch. It’s amazing. I put the story on Facebook and the guys said ‘We’re getting a van, we’re driving to Jersey City, we’re going to knock on this guy’s door. Coach, you’ve got to get it back.”

So, the ring reunion is complete. The good news is, that unlike Cryer, at least Zaremba didn’t lose his wedding ring.

“I lost my wedding ring a month ago.”

“I set up a fish cleaning station on my dock and I was cleaning Dungeness crabs. One of them got his claw under my finger and it went ‘flick’ and the ring was gone. It bounced off the dock and went into the ocean.”

So his band of gold made its way to the bottom of the ocean, which at that location ranges between 8 and 24 feet deep, depending on the tide.

“I have a buddy who is a commercial diver. I told him I lost my ring and he said he’d come over that night. So that night he was diving under the dock, in the muck, looking for this ring. After 18 minutes he found it. Eighteen years to get my other one back, 18 minutes for the wedding ring.”

Somewhat surprisingly, Zaremba has never lost his 1997 Grey Cup ring, earned as an offensive assistant with the Argos. He’d be brought back in 2000 where he’d be able to survive the John Huard half-season, before being retained by Pinball Clemons when he took over as head coach on Labour Day.

Vancouver has not been kind to people and their rings, whether it be Zaremba, Cryer, or even Clemons, who at an Argos/Lions game a few years ago tossed the Grey Cup ring he was wearing to a fan at B.C. Place so they could look at it. The fan took off with it, leading to a sleepless night before the ring was turned in the next day.

Zaremba is happy to have his Vanier Cup and wedding rings back. He’s retired now, splitting his time between Vancouver and a property they own in the Cayman Islands. He’s also still involved in football, scouting high school games for U-of-T.

Trying to win another ring.