Hogan: Veteran and Rookie both anxious for 2020 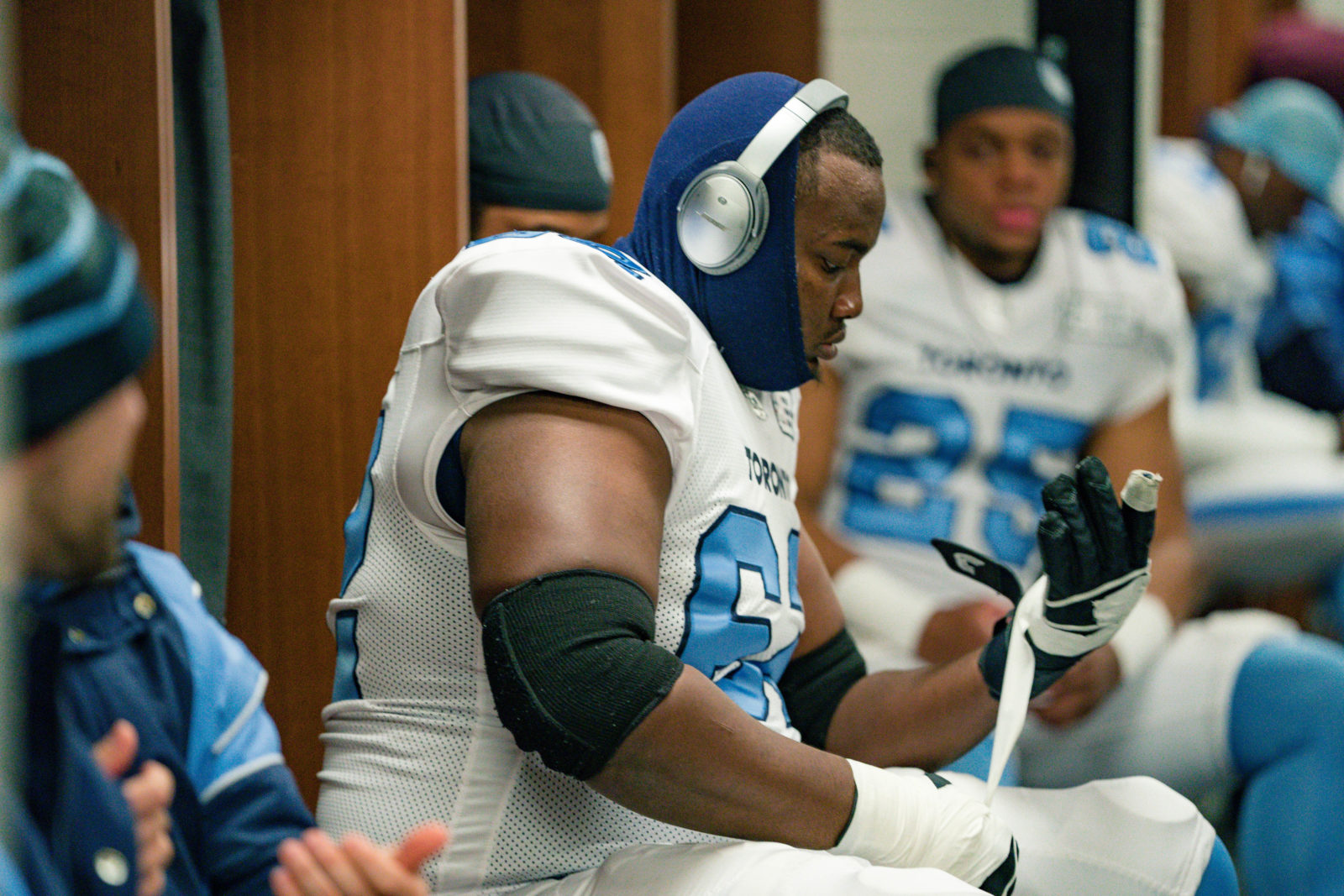 Hogan: Veteran and Rookie both anxious for 2020

The 2019 season is now in the rear-view mirror, and for a myriad of reasons the Toronto Argonauts ended up taking the wrong fork in the road.

Some changes have already occurred to get the team back on the right course. In early October Michael Clemons was signed as the general manager, and John Murphy was elevated to vice-president of player personnel.

The pair has a great deal of work to do, as more changes are inevitable after such a disappointing season. Both on-and-off the field personnel will be evaluated by the pair, as well as by other members of the player personnel department, and by whichever coaches are brought back.

Two players heading into the off-season are at different stages of their careers, one with much more video available to be reviewed than the other. Maurice Simba made his CFL debut in the season finale in Hamilton, while Jermaine Gabriel is a free agent, hoping to return to the team he’s played for throughout his entire career.

Gabriel is the longest-tenured player on the Argos, having just completed his seventh season in Double Blue. A hero of the 105th Grey Cup win over Calgary – he helped force the fumble that Cassius Vaughan returned 109 yards for a TD, and provided blanket coverage on Marken Michel that allowed Matt Black’s championship-sealing interception – he’s seen the highs and this year’s low of the sport.

The Scarborough native’s role has changed over the years. He’s evolved from a rookie that didn’t say too much, to filling a leadership role, particularly among those in the secondary. It’s a responsibility that doesn’t rest easily on his shoulders, and one that he doesn’t abandon once he leaves the locker room.

“I take football very seriously,” said Gabriel, who missed six games after being injured in the season opener. “It did weigh on me, not being able to be out there with the guys early in the season, and just trying to coach guys up and give them the right advice. It’s hard sometimes. Not everyone listens to you when you’re not playing, you’ve got to really prove yourself for guys to listen to you. But I still try to coach guys up, to try and put them in the right position and try to help them as much as I can.”

The six missed games denied Gabriel to hit a milestone this season, as he finished with 95 regular season games played. Hitting the 100-game mark will mean a lot to the former Calgary Colt junior player. 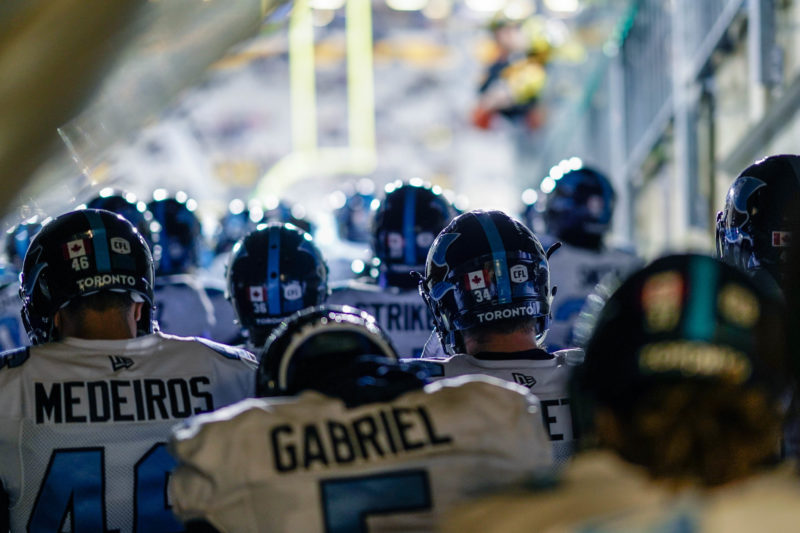 “It’s very important,” he admitted, “Especially with my injury history, it just shows I’m persevering. That no matter what I continue to battle, I continue to fight through, and it’s a testament to the type of guy I am.”

The safety is an impending free agent. He didn’t talk contract during the season, but would love to come back for an eighth year, especially with a chance to play for the new G.M., adding “Who doesn’t like Pinball?”

While Gabriel is focused on getting to 100 games, Mo Simba is looking at playing in his second. The Argos fourth-round pick from Concordia did not look out of place in his Double Blue debut.

Simba played most of the second half at right guard, giving the Argos a gigantic right side of the line with 6’6”, 305-pound Jamal Campbell at tackle, and the 6’8” Simba at guard. The rookie worked hard to slim down from where he was at the beginning of training camp.

His story is impressive. He was born and raised in the Democratic Republic of Congo, moving to Montreal at the age of 18. He played two years of CEGEP football before heading to Concordia.

Simba is still incredibly raw, but he impressed a pretty tough critic in his first game. Former Argo offensive lineman and current radio analyst Chris Schultz focused on the rookie and was truly impressed by what he saw, understanding there’s still much work to do.

“First, he’s not afraid to mix it up,” said Schultz.” “Second, he moves well. It’s a certain look you look for, the ability to move effectively with a wide base. He needs to keep his hands inside and play with a lower pad level. He also is intimidating. When he learns to block in space, he will crush defensive backs and linebackers.”

Simba has become a true student of the game, essentially having to play catch-up with everyone who was introduced to football at a much younger age. He was honest when asked if anything surprised him in his debut.

“I would say no,” he admitted. “That’s because of the preparation we had all week. It’s not the same speed, but once you’re one-hundred percent sure of what you’re prepared in the meeting room, it just makes it easier because you’ve seen everything. Once you know what you’re doing mentally, the physical part becomes much easier.”

Simba is under contract for 2020 and the Argos are anxious to see him in training camp, especially if he hits his weight goal. Gabriel is someone they’ll talk contract with, hoping to bring back his skill and his veteran leadership.

They’re just two pieces of a jigsaw puzzle Clemons and company will have to assemble in time for the opening of camp in May.a