It would be difficult to imagine that the Toronto Argonauts first pre-season game could have gone much better.

The team used its game at Varsity Stadium to introduce Argo football to over 3,000 school kids, all of whom seemed to thoroughly enjoy an experience that to many of them was new. It’s all a part of the team’s campaign to introduce younger fans to the sport of football generally, and to the Argos specifically. 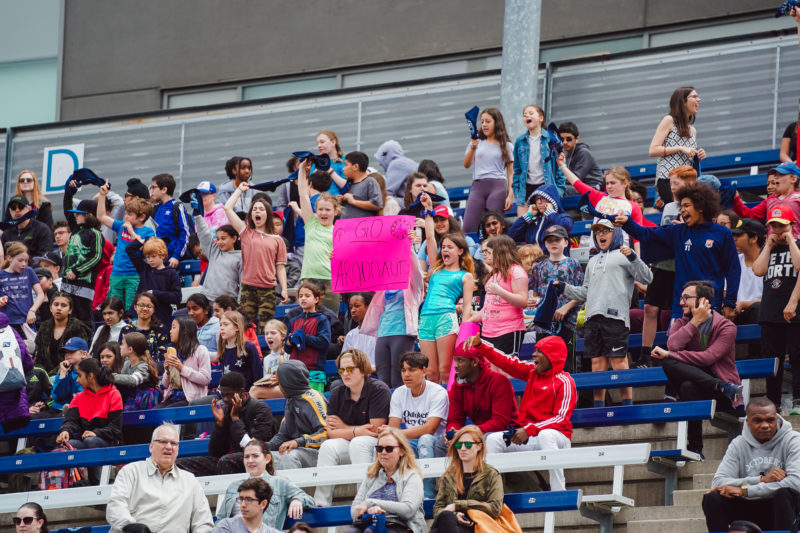 On the field Toronto dominated the Alouettes, jumping out to a 27-0 lead and coasting to a 45-20 victory. While it’s understood that it’s a pre-season game and that the visitors left many of their starters back in Montreal, the Argos did what they needed to do. Imagine what would be said if the Boatmen didn’t have success against the visitor’s backups with their starters.

We saw James Franklin and McLeod Bethel-Thompson use the Argos group of talented receivers to their full advantage, going vertical often and at will. Brandon Bridge did likewise with the game’s highlight play, a bullet to Rodney Smith that resulted in a 79-yard TD, a perfect pass that was thrown 52 yards on a rope.

The starters looked fantastic and there’s a ton of talent among the backups. The collection of kickers is also going to be tough to sort out.

Now, with all that said, everybody please take a deep breath. It was a pre-season game against Montreal, a team projected to once again be at or near the bottom of the standings in the East.

That doesn’t mean that the game wasn’t important, especially for those on the bubble, or those making their first appearance in a CFL uniform.

There was much anticipation about the pro debut of Michael O’Connor. The Argos thought highly enough of the UBC-via-Penn State product that they selected him in the third round, 20th overall, in this year’s draft. 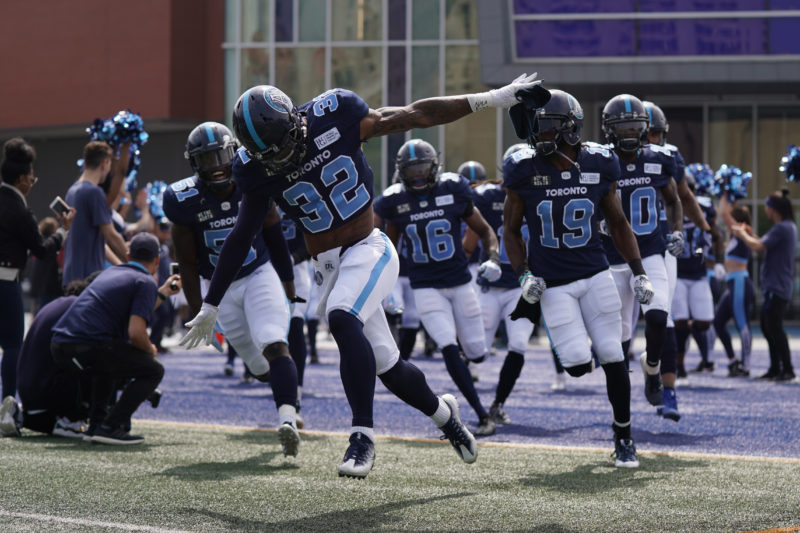 He was generally encouraged with his performance, adding it was a lot of fun to get on the field. He also acknowledged he was ready for the speed of pro football.

“It was just about what I expected,” he told Argonauts.ca. “Taking some reps against the (Argos first-team) defence in training camp let me see what the speed is at this level, so I was kind of expecting that going into the game.”

O’Connor didn’t get a chance to see the field against the Alouettes best, but certainly didn’t look out of place. He entered the game with eight minutes remaining in the fourth quarter. After starting with an incompletion, he completed three consecutive passes for 25 yards, one of which came on a third-and-five gamble. A couple of plays later he’d hit Austin Duke – the fourth different receiver to catch a pass on the drive – for a five-yard touchdown.

The Ottawa native dropped back, set his feet, and threw a perfect pass in reasonably tight coverage to Duke along the left sideline.

“We had man coverage,” O’Connor explained. “We had motion to a little pick play. We didn’t get the pick, but we got leverage on the corner route and Austin ran a good route and made a great catch at the back of the end zone.”

What did that do for his confidence?

“As a quarterback in this league you have to be confident regardless of what the results are,” the rookie continued. “It (the TD) definitely helped with that, but at the same time, regardless of what happened on the field, I know what I’m capable of and I know I can play at this level.”

A rookie with a lower profile made his CFL debut as well, and was front and centre on a couple of plays.

Jamie Harry is a defensive back from the University of Ottawa that the Argos chose with the first pick of the fifth round in this year’s draft. He led the country with six interceptions in eight games last year, leading the OUA with five picks in 2017. The Gee-Gee was a First-Team All-Canadian in each of the last two years.

He got his butterflies out of the way early.

“My first snap, I was definitely in the clouds, I guess I was just amazed,” admitted a broadly smiling Harry. “After every play I got more into it. When I messed up and got my first flag (a 15-yarder for a facemask) that’s when I realized I had to lock in, I had to concentrate. I’m not here to play one game, I want to be here for the long term.” 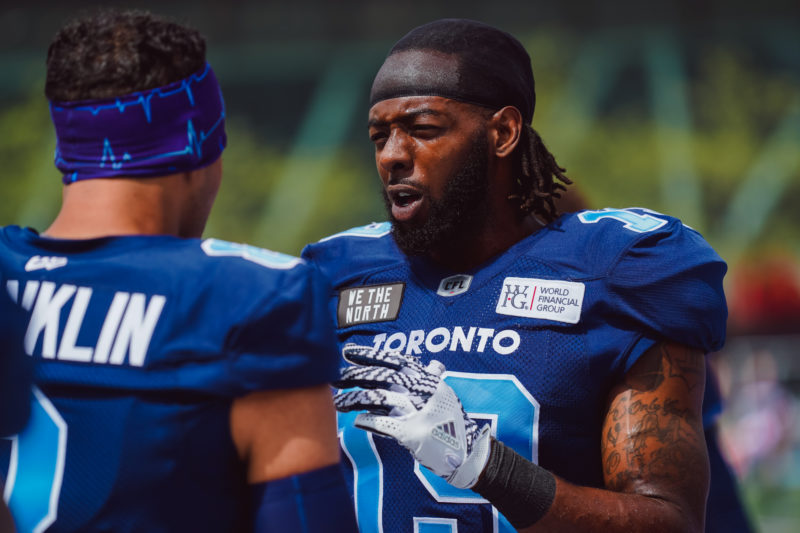 A cornerback by trade, he’s been learning how to play safety, a position that should capitalize on his ball instincts. The Montreal native made his debut against his hometown team and didn’t look out of place, despite playing a position that’s entirely foreign to him.

“It’s something I have to get used to, I’ve never played that position before,” he explained to Argonauts.ca. “These coaches are amazing. They’re teaching us what to read, it’s only a matter of time before I get really comfortable in the backfield.”

His most notable play came late in the third quarter, five plays after the facemasking call. As Montreal’s Richmond Nketiah was headed to the end zone he was hit by Robert Woodson, who stripped the ball, with Harry making a quick recovery. He’d finish with two tackles, a pass knockdown and the fumble recovery.

At 6’2” and with his nose for the football, Harry is an interesting player to watch. With several tough decisions to make, the Argos need to see what these young players can do in game situations. On Thursday both Harry and O’Connor showed that they don’t look out of place wearing Double Blue.