Hogan: The Standard of Coaching 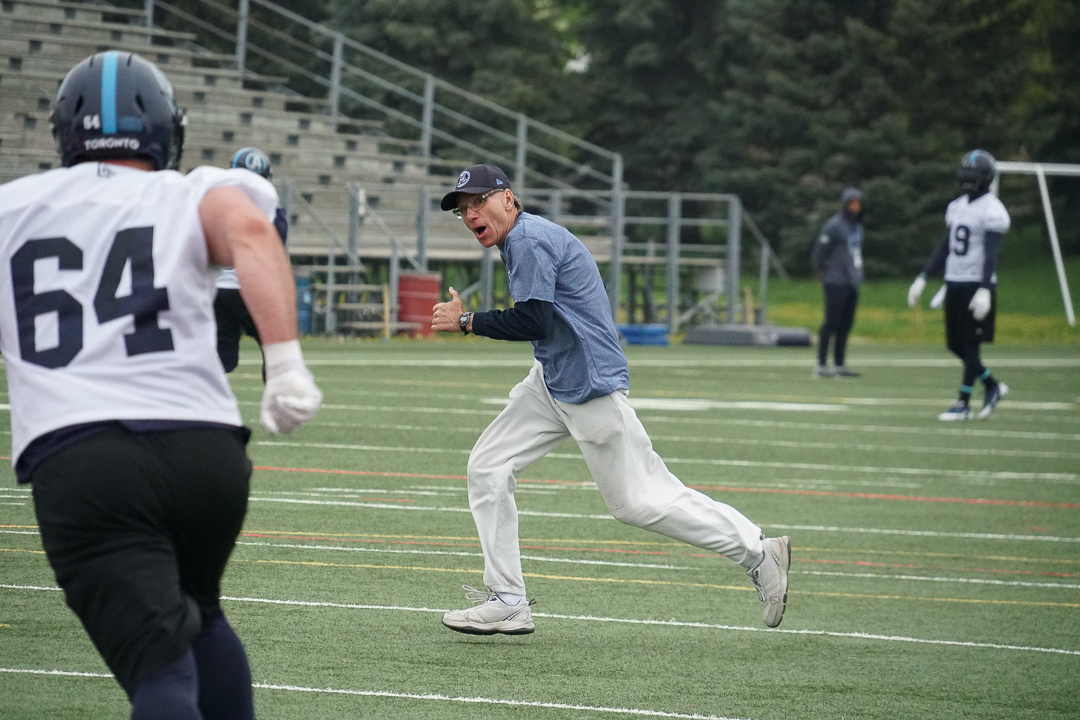 Hogan: The Standard of Coaching

He’s well below 6’0” with an ultra-thin frame, standing amid a group of giants. A senior citizen still involved in what’s commonly referred to as a young man’s game.

While he may look a bit out of place on the field, it’s where he feels most at home. Offensive line coach Dan Dorazio is a newcomer to the Toronto Argonauts, but he’s anything but new to the sport.

The Stow, Ohio native started his coaching career as a graduate assistant immediately following his playing days at Kent State University in 1972, and has been teaching the finer points of offensive line play to CFL and NCAA players since.

Dorazio first arrived in the CFL in 1998 with Calgary and after five seasons with the Stampeders joined the B.C. Lions. He was there from 2003 until the end of last year, except for the 2015 season which he spent in Saskatchewan under head coach Corey Chamblin, who jumped at the chance for a reunion in Toronto. 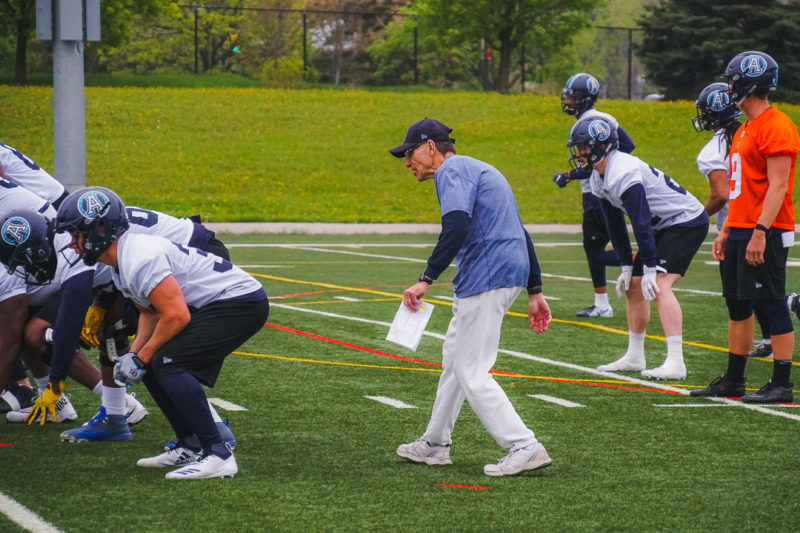 “His work ethic and the way he teaches is extraordinary,” said Chamblin. “He’s the standard of coaching. He’s been able to transcend several decades and you don’t get to do that unless you know football.”

Sean McEwen is entering his fourth CFL season and has marvelled at the impact Dorazio has had on the group in just the first few days of training camp.

“I’m not sure I’ve been around someone so detailed and organized,” he told Argonauts.ca. “Every question you ask, he’s got an answer right away. The offence being so much different, he’s taught it to us in the right order. It seemed like a lot coming at us at first, but based on the way he’s taught us, it’s really allowed things to sink in.”

The centre raved about the attention to detail given to each step, and it’s that kind of information that the members of the group have devoured.

It’s hard to imagine a coach with more passion than Dorazio. During the season he arrives at the office at 1:30 in the morning (not a typo) after getting roughly five hours of sleep. He likes it that way, there are no distractions.

On the field he’s vibrant, as physically active a coach as one could imagine. He’s constantly bouncing around his players, eager to impart his wealth of knowledge. He’s particularly enthusiastic about working with a group of 13 athletes he’s never coached before, like a renowned sculptor working with a dozen blocks of clay.

“I enjoy thoroughly this group,” Dorazio told Argonauts.ca. “I enjoy thoroughly the teaching aspect of getting into the detail, the minutiae of how, and more importantly why, why you do something. I’m blessed with a group of guys here who have a very high football IQ. They get things very quickly.” 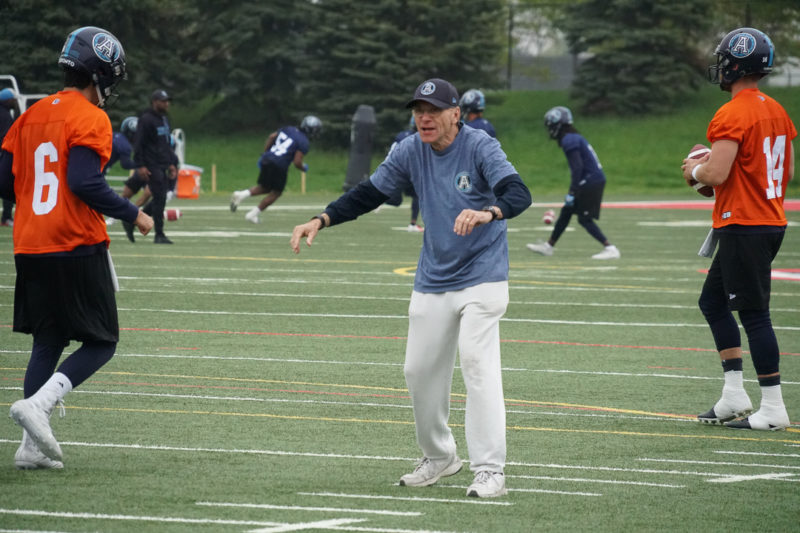 Dorazio was a running back at Kent State where his teammates included Steelers Hall-of-Famer Jack Lambert and long-time Alabama head coach Nick Saban. When he graduated he started his coaching career under head coach Don James – who assigned him to work with the offense as a novice coach – which is where his attention to coaching detail began.

“No matter what you do in life,” the coach explained, “It doesn’t matter if you’re a bank teller, or you sell cars, whatever your occupation is, if you understand why you’re doing something you’ll do that job way better because you have more understanding of the background with it when you know why. Otherwise, if you don’t know why you’re doing it, it may not click. They get it quicker if they know why, because they see how it fits.”

He’s had an impact on his players both on and off the field. Centre Angus Reid spent a dozen seasons with Dorazio in B.C. and recently wrote the book “Thank You Coach,” inspired by his relationship with his positional coach.

The combination of Dorazio’s knowledge and passion is on display at every practice session and should help the Argos form a formidable offensive line this season.