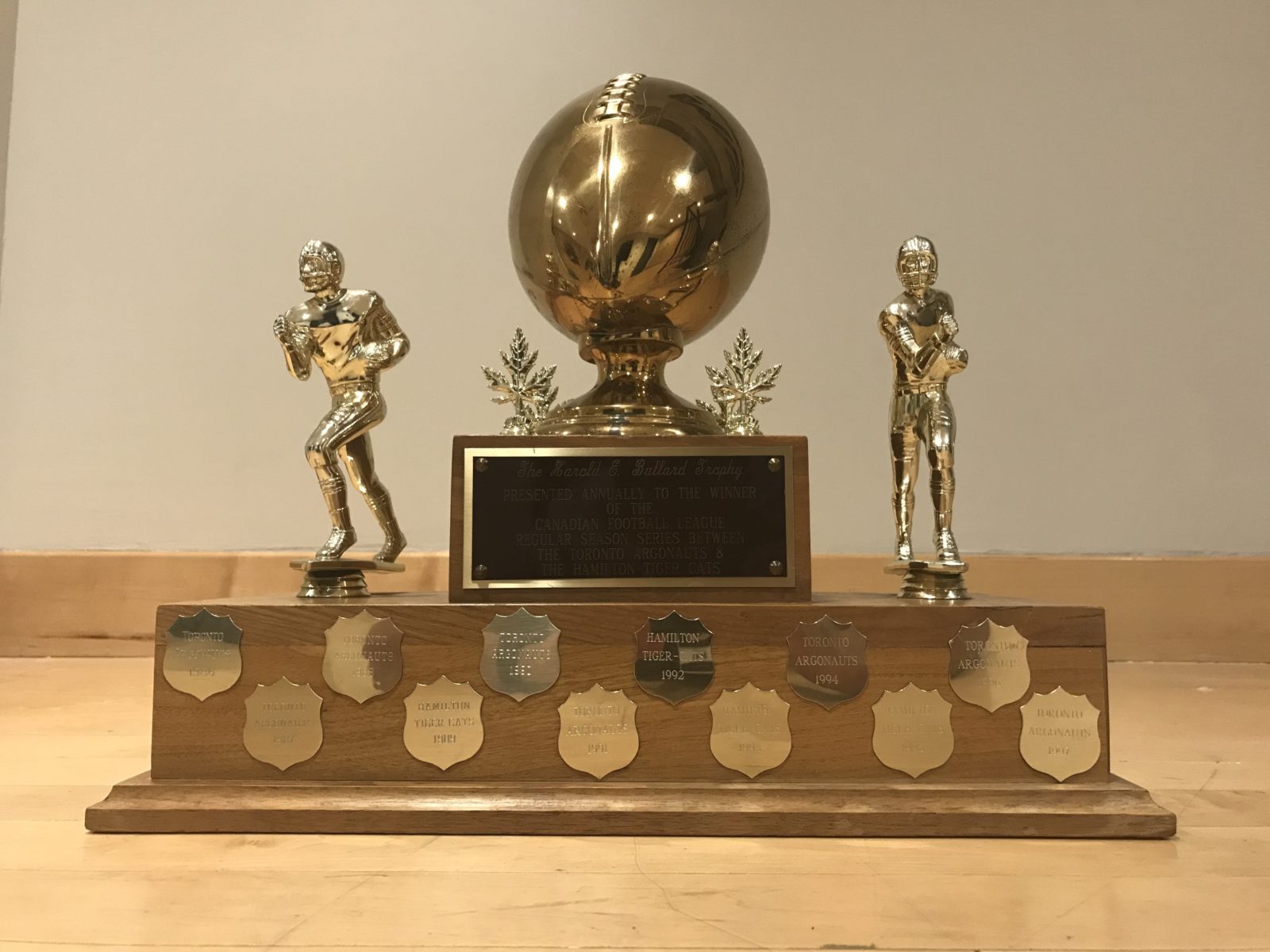 It doesn’t have a high profile. It’s named after a man who was, shall we say, not well liked by the fans of the hockey team he owned. It’s referred to as a Cup when it’s not actually a Cup.

It is officially named “The Harold E. Ballard Trophy,” and on the trophy itself it says that it’s “Presented annually to the winner of the Canadian Football League regular season series between the Toronto Argonauts and the Hamilton Tiger-Cats.”

Cup, trophy, collector of dust bunnies, whatever it is, it currently resides in the Toronto Argonauts boardroom at the Coca-Cola Coliseum offices.

First, a quick history lesson on the trophy. Ballard owned the Toronto Maple Leafs, beginning as a part-owner in 1961. He became the majority owner in 1972 until he passed away in 1990.

Ballard tried to get a second CFL team in Toronto in the early 70s, but his bid was blocked. He tried to buy the Argos in ’74, but John Bassett wouldn’t sell to his former partner with the Leafs. Ballard then tried to buy the Tiger-Cats, but was turned down. Eventually, he bought the Ticats in early 1978.

Then the fun began.

“Pal Hal” was never shy about getting his name or picture in the newspaper. He tried to fan the flames of the local football rivalry as best he could. At one point he had the Ticats logo painted at centre ice for Maple Leaf games. One night the Boston Bruins got in on the fun by hanging two Argos flags on the boards in front of their bench during the anthem.

In 1979 Ballard donated a trophy, naturally named after himself, to the winner of the annual season series between the QEW combatants.

Needless to say, with the on-field intensity between the two teams, the trophy is something that’s celebrated by the members of the winning team, right?

“Never heard of it,” said a confused Argo scout Justin Hickman, who played for five years with Hamilton before finishing his career with a year in Double Blue. He wasn’t kidding. He was surprised to learn he won the trophy four times, each one as a Ticat.

Hickman was a defensive end for Hamilton for five seasons before wrapping up his CFL career with the Argos in 2016, and is curious why more isn’t made of the trophy. 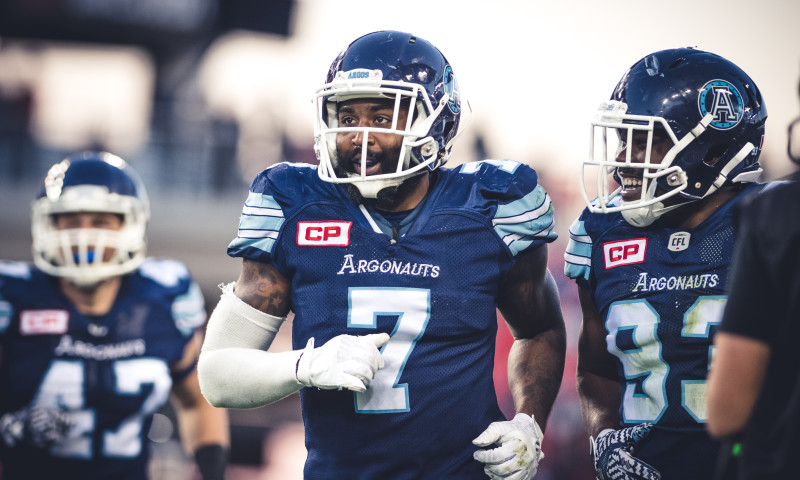 “Honestly, that’s a good question,” said the UCLA product. “Obviously it’s a thing, there’s a trophy for it, but why isn’t it talked about more?”

If the profile of the ‘The Harold E. Ballard Trophy’ was to be raised, Hickman says the players would buy in.

“Everybody likes hardware,” said Hickman, who said his most memorable game between the Argos and Ticats was one he didn’t finish. He got tossed from the 2009 game along with Toronto’s Taylor Robertson.

For the record, Hickman maintains his innocence almost a decade later.

Like Hickman, Kevin Eiben has seen the rivalry from both sides. The current Argos Special Teams Coordinator played in Double Blue for 11 seasons, before wrapping up his career by playing the 2012 season in back and gold.

“I assume it’s the trophy awarded to the winner of the Labour Day Classic, am I right?” asked Eiben.

Eiben should be celebrated as the man of the Ballard streaks. He won six straight trophies from 2002-07, he just didn’t know it. Subsequently, he lost the series the final five years of his career, including his season in The Hammer. 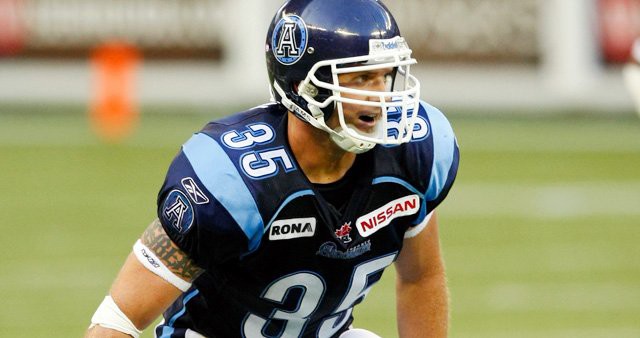 But could the ‘Battle for Ballard’ actually become a thing for the players?

“I think that a lot of guys don’t realize how important the rivalry is,” said the former linebacker. “Especially the new guys up from the States. Maybe this would help.”

If it helps generate more interest and grows the rivalry even more than we’re all in. How about it Hamilton?

Oh ya, one more thing…