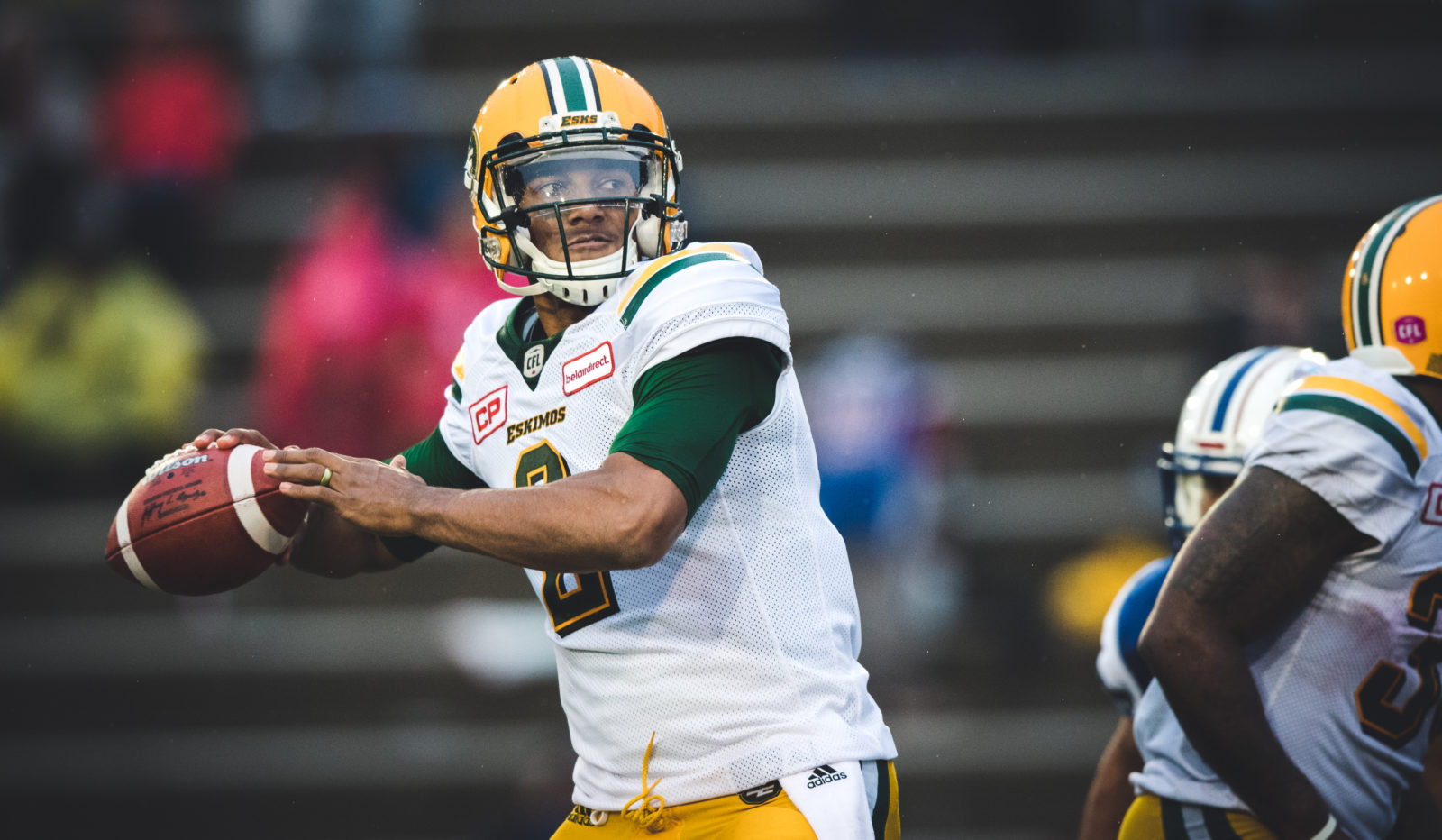 James Franklin (2) of the Edmonton Eskimos during the game against the Montreal Alouettes at Percival-Molson Stadium in Montreal, QC, Monday October 9, 2017. (Photo: Johany Jutras)

The Toronto Argonauts announced Monday that the team has acquired quarterback James Franklin and a third-round selection in the 2018 CFL Draft from the Edmonton Eskimos in exchange for Canadian offensive lineman Mason Woods.

Franklin, a 6-2, 225-pound native of Oklahoma City, Oklahoma, has dressed for 52 games in three years with the Eskimos. In 12 appearances, the University of Missouri product has completed 116-of-176 pass attempts for 1,449 yards, 12 touchdowns and just one interception while rushing for 145 yards and one touchdown on 18 carries.

In three career starts with Edmonton, the former Mizzou Tiger holds a 2-1 record, completing 60-of-89 pass attempts for 775 yards, five touchdowns, and zero interceptions. His most recent start came in Week 20 of the 2016 season against the Argos, in which the 26-year old pivot completed 18-of-23 attempts for 335 yards and four touchdowns.