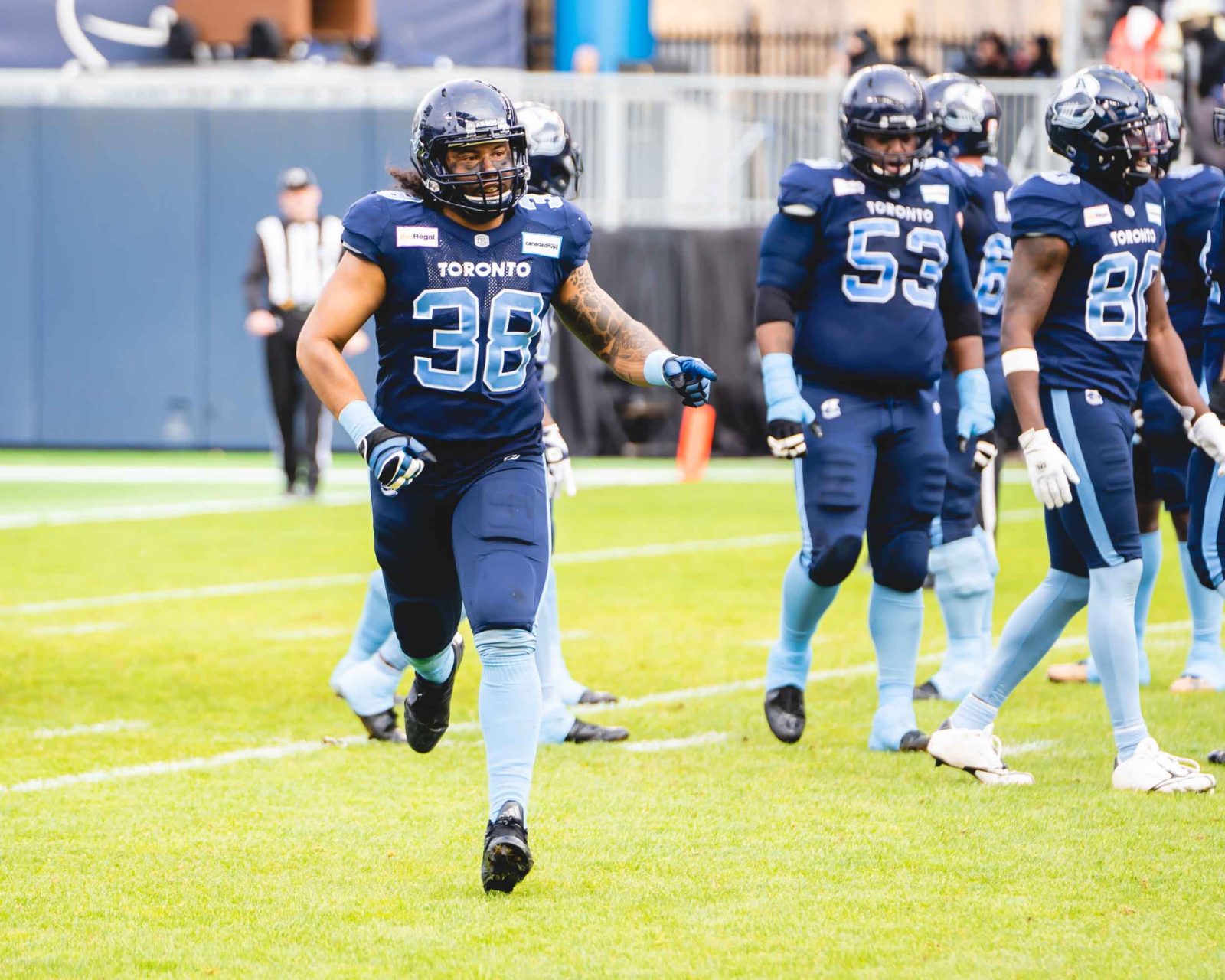 Cross is currently the longest serving Toronto Argonaut after he was drafted in the fourth round, 27th overall, in the 2016 CFL Draft out of McMaster University. The Oakville native suited up for 92 regular-season games, three East Finals and two Grey Cups while donning Double Blue, capping off an incredible career by hoisting the Grey Cup for the second time. The 29-year-old played 12 games in 2022 after an injury sidelined him for four games in the middle of the season. The 5’10, 225lb fullback caught 83 passes for 740 yards and seven touchdowns in his career, while also chipping in with 33 special teams tackles. Quite possibly the biggest play of Cross’ career came on the biggest stage during the 105thGrey Cup in 2017, when he caught a clutch two-point convert to tie the game at 24 with just over four minutes remaining, the second two-point convert he caught in the game, on route to his first championship. As impactful as Cross is on the field, he is every bit the presence in the community as well, giving back every chance he gets and was Toronto’s nominee for the Jake Gaudaur Veteran’s Trophy in 2018, given to a player who best demonstrates the attributes of Canada’s veterans.

“Declan arrived as a relatively unknown draft pick and leaves as a two-time champion and fan favourite,” commented Argos General Manager Michael Clemons. “He definitively exemplifies what it means to be an Argonaut; a fearless competitor on the field and a selfless contributor in the community. Whatever opportunities await him in the future, you can be certain he will attack them with the unequalled level of passion he brought to our family each and every day. While he’s announcing his retirement, he’ll always be an Argonaut.” 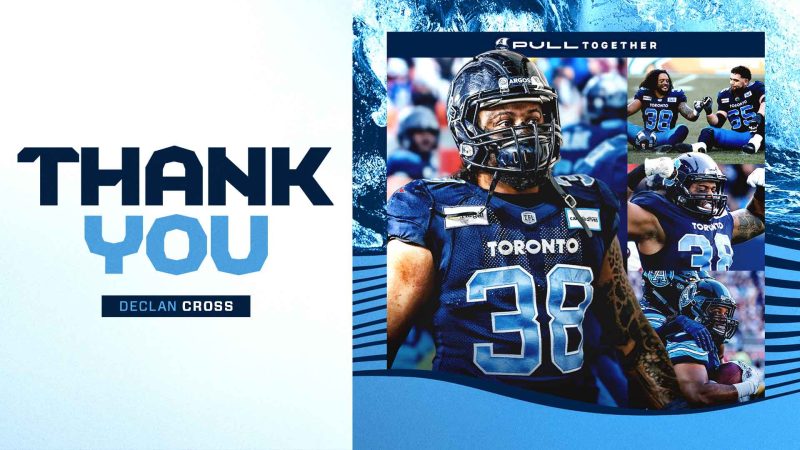