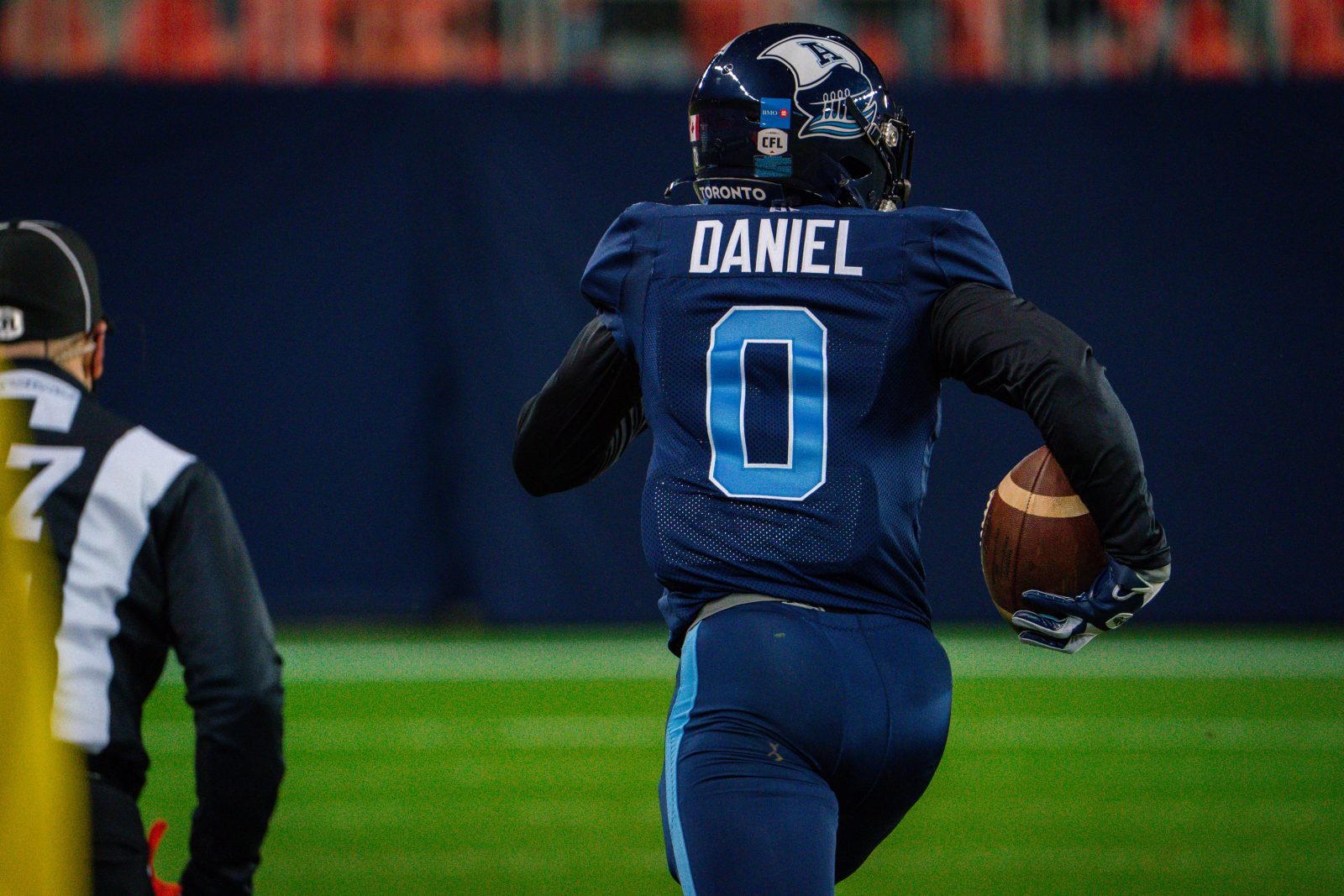 Daniel, 30, played two games in 2021 due to an injury and posted five defensive tackles and one interception. The 6’1, 205lb DB spent his first CFL season with Calgary in 2019 where he tallied 21 defensive tackles, six special teams tackles and three interceptions in eight games that season. The Virginia native joined Toronto via a pre-free agency trade with Calgary in 2021 that also saw the playing rights to Eric Rogers and Cordarro Law included in the deal. Daniel spent time in the NFL with various clubs including Oakland, Green Bay, Baltimore and Washington between 2015 and 2019.

Edwards, 23, played seven games for the Edmonton Elks in 2021 catching 15 passes for 168 yards and one touchdown while returning 30 kickoffs and punts for 299 yards. The Rochester, NY native was signed as an undrafted free agent by the Los Angeles Rams in 2020 but released at the end of training camp. The University of Maine product played four seasons for the Black Bears (2016-2019) where he compiled 125 receptions for 2,370 yards and 23 touchdowns in 40 career games. Edwards also amassed over 2,000 rick return yards and four touchdowns in his career at Maine.