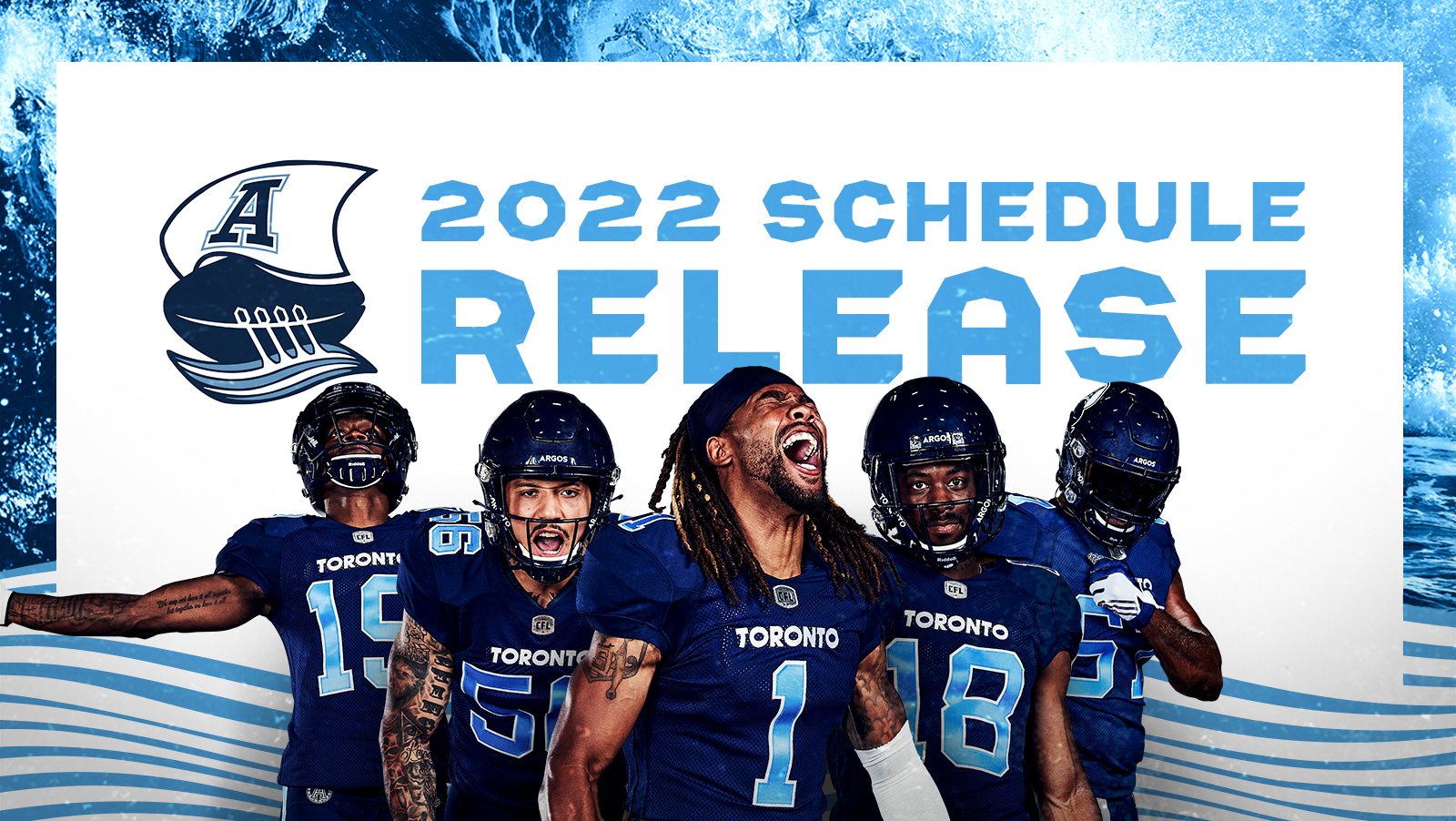 After a 2021 CFL campaign that saw the Boatmen finish first in the East Division with a 9-5 record, including a 6-1 home record at BMO Field, the league will revert to its typical 18-game regular season plus two preseason games in 2022. The Argos open their schedule with a week one bye and officially kick things off at home on Thursday, June 16th at 7:30 p.m. vs. East Division rival Montreal. This marks the first time Toronto has opened their regular season against the Alouettes since 2001, 21 years!

Highlights from the 2022 home schedule:

For more information on the 2022 schedule as well as new season ticket memberships or to reserve your group package for the 2022 season visit Argonauts.ca, or register to become an Argos Newsletter Subscriber and be the first to hear about Argos contests, ticket offers, promotions and team news. 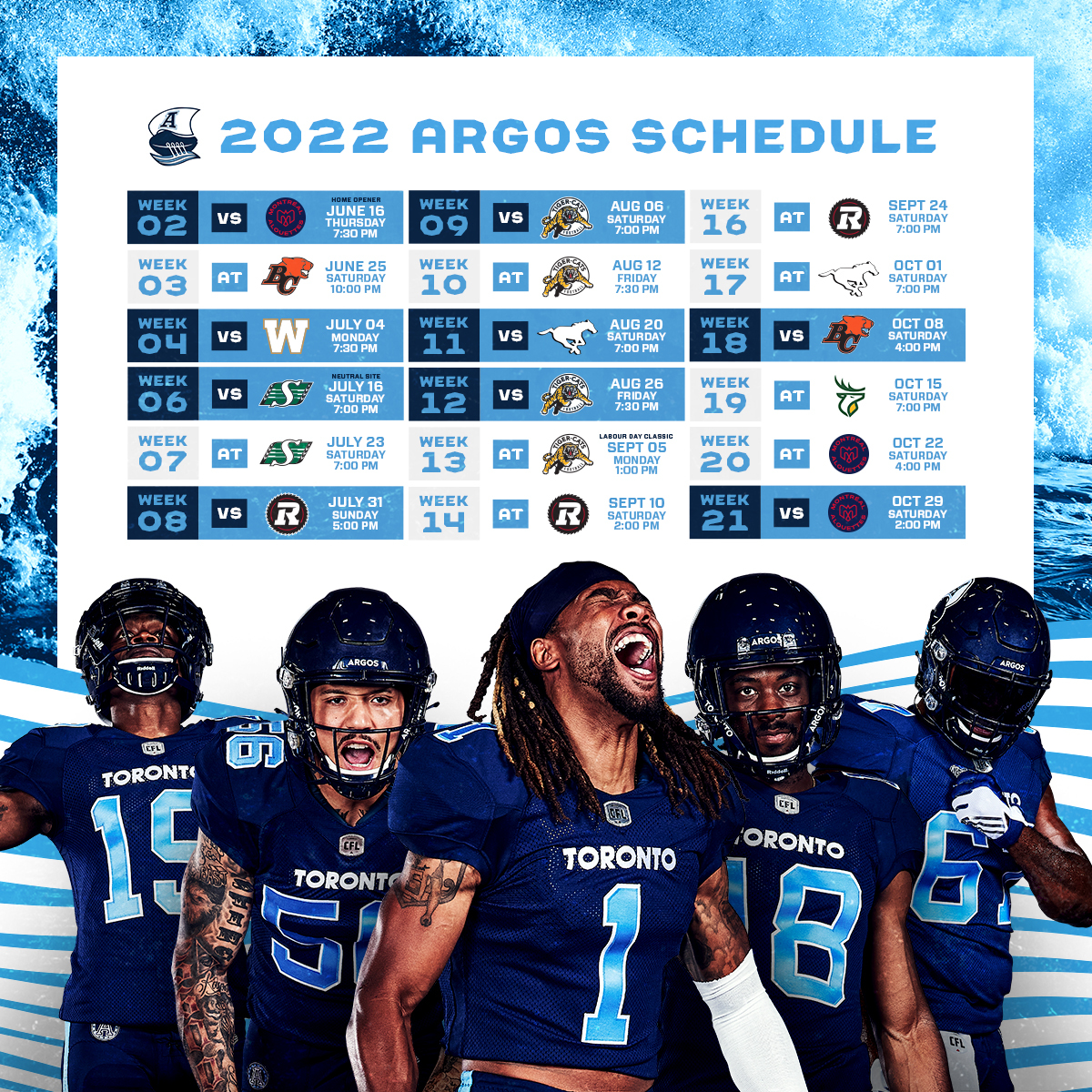