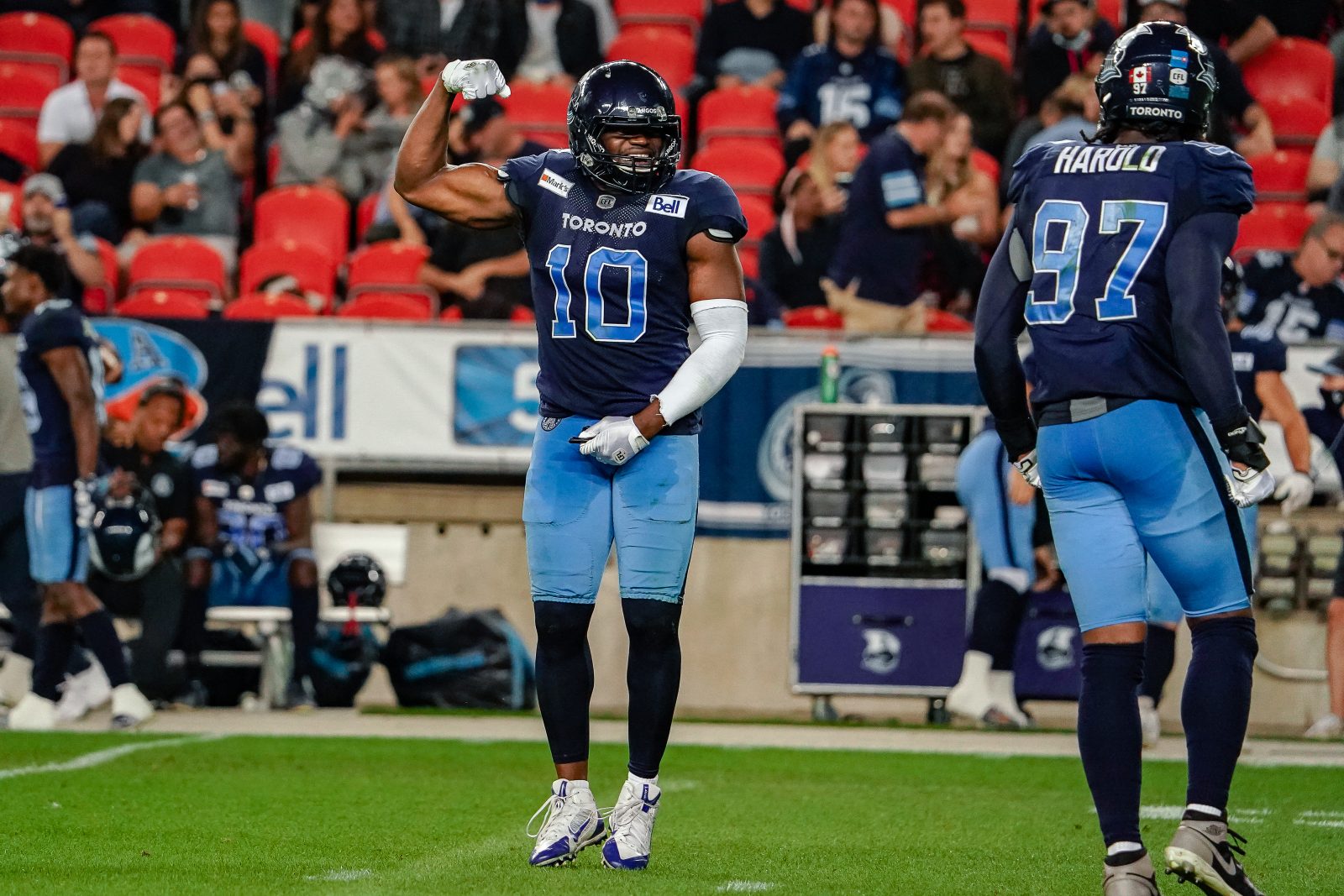 Muamba, a Mississauga native, was all over the field last Friday night helping the Argos beat Hamilton 31-12, while staying undefeated at home, clinching first place in the East Division and securing a first-round playoff bye. In what was Toronto’s biggest game since 2017, the nine-year CFL veteran and former Most Outstanding Canadian showed up when his team needed him the most, posting 11 tackles, seven more than the next best Argo defender. Muamba led an Argos defence that held Hamilton to 12 points, their third lowest total of the season, intercepted Ticats QB Jeremiah Masoli twice, sacked him twice and knocked down four passes. The St. Francis Xavier alum sits second on the team in total tackles with 51 in 10 games to go along with two sacks and one interception. This is Toronto’s sixth Top Performer award of the season and third in three weeks after Nick Arbuckle (week 3), Shaq Richardson (week 8), Dexter McCoil Sr. (week 10), Boris Bede (week 13), and Cordarro Law (week 14).