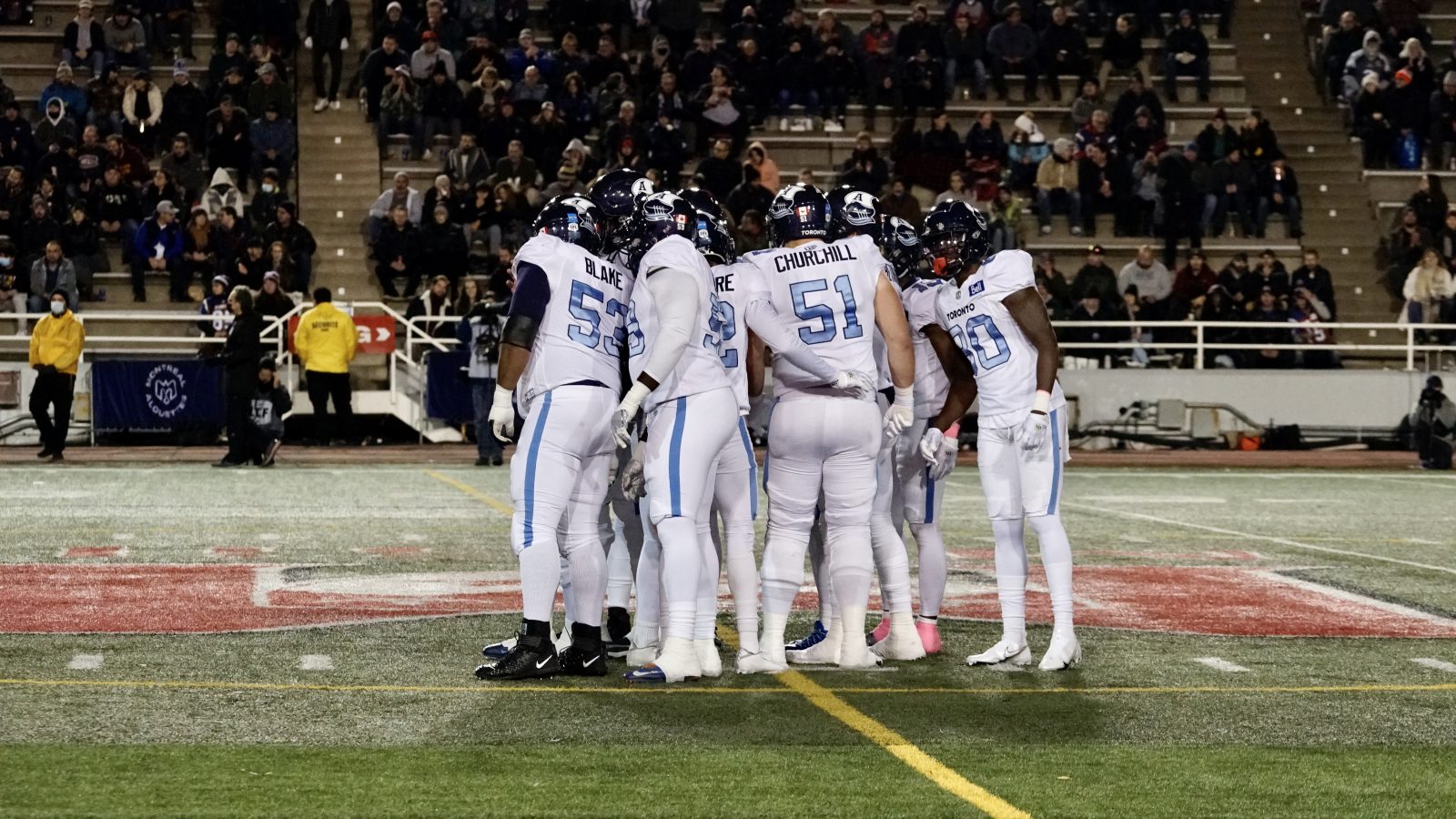 MONTREAL — On the back of a career night from William Stanback, the Montreal Alouettes rolled to their fourth win in a row on Friday night at Percival Molson Memorial Stadium.

Stanback trucked (and trucked and trucked) all over the field, tying a career-best 203 rushing yards with a touchdown, as the Als topped the Argos 37-16.

Matthew Shiltz made his second straight start in place of injured starter Vernon Adams Jr. and the veteran backup completed 12-of-18 passes for 212 yards and a pair of touchdowns.

McLeod Bethel-Thompson made 24 of 38 passes for 268 yards but was unable to find the end zone, while throwing four interceptions, bringing Toronto’s three-game winning streak to an end. The Als and Argos have matching 6-4 records to sit atop the CFL’s East Division. The Als’ hold the point differential advantage to technically take the top spot.

Bethel-Thompson started strong on Toronto’s opening possession with three straight completions, but the drive stalled in Montreal territory before the offence could reach field goal range.

Argos linebacker Dexter McCoil sacked Shiltz on the following drive to force a quick punt and Toronto’s offence began to move the chains once again. But Bethel-Thompson’s end zone shot to DaVaris Daniels was broken up by Monshadrik Hunter, forcing Toronto to settle for a 25-yard field goal by Bede to take the early lead.

The Double Blue’s defence forced another quick two-and-out on the next drive following a sack by linebacker Justin Tuggle.

Hunter came up with another big play to generate a spark for Montreal early in the second quarter when he intercepted Bethel-Thompson, with pressure from defensive lineman Nick Usher forcing the errant throw.

The Als then proceeded to find the end zone on a one-play drive, as Shiltz immediately fired a 33-yard touchdown pass to Eugene Lewis. David Côté kicked the extra point to give Montreal a 7-3 lead.

The lead was short-lived, as Bethel-Thompson helped engineer a four-play 76-yard touchdown drive to put Toronto back on top. Bethel-Thompson connected with Ricky Collins Jr. for 38 yards before following it up with a 27-yard pass to Kurleigh Gittens Jr., who outbattled Najee Murray to make the impressive catch.

Backup quarterback Antonio Pipkin capped the drive off with an eight-yard touchdown run, and Bede added the extra point to give Toronto a three-point lead.

Montreal then stormed back on the following drive, as Shiltz launched a deep play-action pass down the field to Lewis for a 58-yard touchdown that fooled the Toronto secondary. Côté’s extra point gave Montreal a 14-10 lead.

The Als forced a two-and-out and Shiltz and the offence put together a long, 11-play drive that was capped by William Stanback‘s one-yard push into the end zone at the 13-minute mark of the second quarter. Cote’s convert made it a 21-10 Alouettes lead that the team would carry into the third quarter.

Cote connected on a 43-yard field goal at 6:05 of the third to give his team a comfortable two-score lead, then opened the fourth quarter with a 21-yard shot to push the score to 27-10 with a full 15 minutes left in the game. Als’ punter Joseph Zema tacked on a 49-yard single at 3:36 of the fourth to give Montreal an 18-point advantage.

Having thrown an interception and taken a big sack, Bethel-Thompson took to his feet to make up some ground for the Argos. He ran 20 yards and drew an unnecessary roughness call on Pat Levels, who hit him hard as he ran out of bounds at Montreal’s 27-yard line. That drive ended at Montreal’s one-yard line, with backup QB Antonio Pipkin skirting around the linemen into the end zone for the score on third down. Bethel-Thompson’s two-point convert attempt was intercepted, leaving it a 28-16 game at 8:40 of the fourth.

The Als kept the game plan simple in the fourth, continuing to handoff to Stanback, as he surpassed the 200-rushing yard mark. Cote sent a 27-yard field goal through at 13:01 to push Montreal’s lead to 15.

Bethel-Thompson was picked for a fourth time to close the game out, with Najee Murray taking the ball back 64 yards for the touchdown that came with a second left on the clock. Cote’s convert clanged off the upright to leave the score 37-16.

Week 13 will see Toronto host the BC Lions next Saturday at 4 p.m. ET, while Montreal will close out the week by hosting the Saskatchewan Roughriders later that evening at 7 p.m. ET.