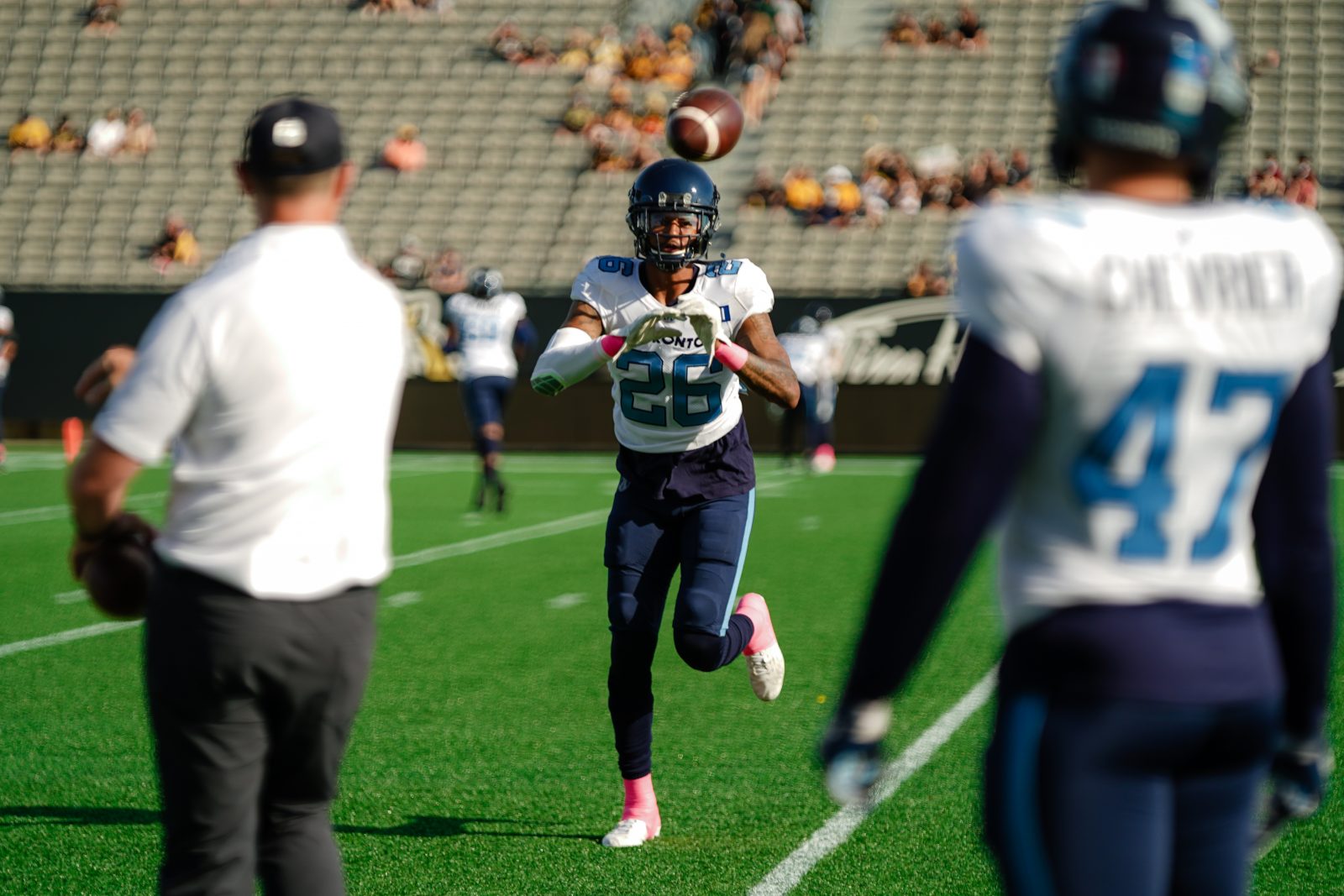 TORONTO – The Canadian Football League announced today that Argonauts LB Dexter McCoil Sr. has been named a week ten Top Performer for his performance against Hamilton.

McCoil Sr. was a key member of an Argos defense that kept Toronto in the game for four quarters, despite trailing for most of the Monday afternoon tilt in Hamilton. The first-year Argo led his team in tackles by a wide-margin with 12, adding a sack and a pass breakup to boot. The Argos trailed for more than 56 minutes on Thanksgiving Monday and it was the Boatmen’s D which allowed them to stay close all game long, forcing key stops on second downs and holding the Ticats to field goals when needed. McCoil Sr. sits fourth in the CFL in total tackles with 58 and is 22 tackles ahead of Jeff Richards on the Argos, who sits second. The Tulsa product has also added five special teams tackles, one sack and two interceptions, including a 71-yard return for a touchdown last week against Ottawa. His performance helped the Argos get to 6-3 on the season and first place in the East Division. This is Toronto’s third Top Performer award of the season (Nick Arbuckle, Shaq Richardson).