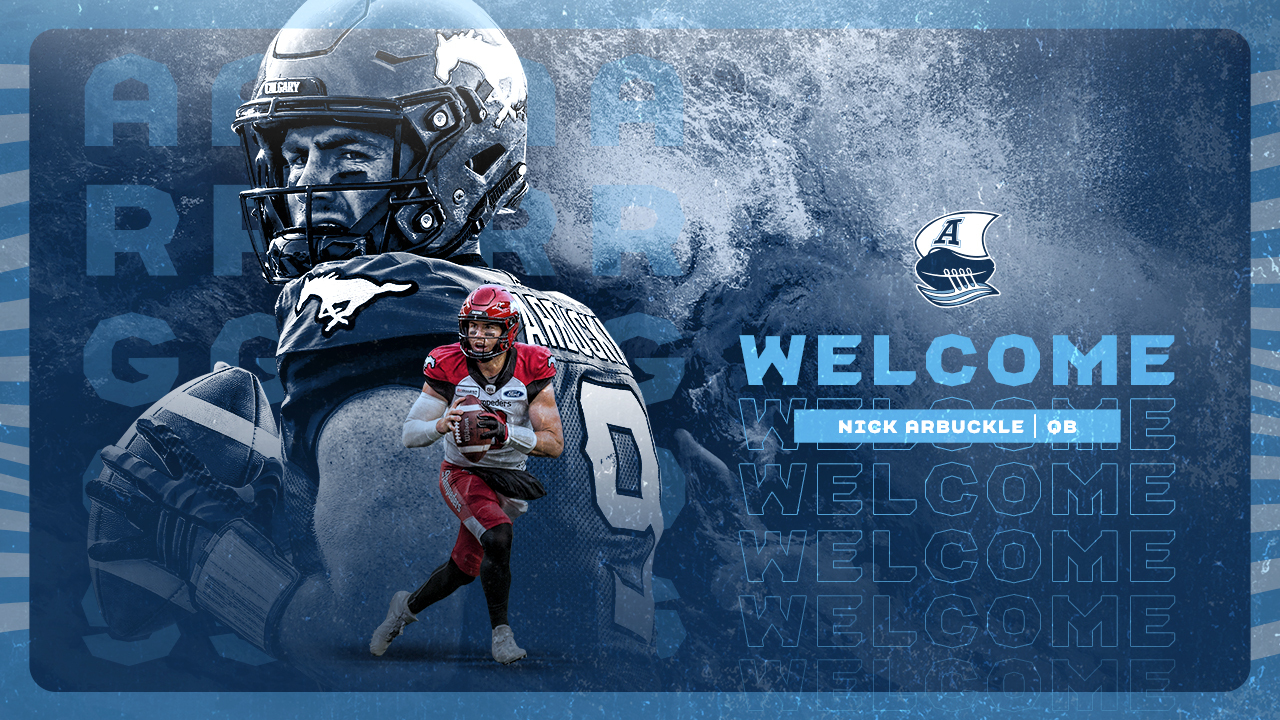 Arbuckle, 27, spent 2020 with the Ottawa Redblacks after being traded to the nation’s capital from Calgary in January of last year. An injury to Stampeders starting quarterback Bo Levi Mitchell in Week 3 of the 2019 CFL season meant it was Arbuckle’s time to shine. The 6’1, 214-pound signal-caller won four of seven games under centre, completing over 73% of his passes for 2,103 yards and 11 touchdowns in 2019, while adding another four scores on the ground. The California native spent his time in Calgary learning under current Argos head coach Ryan Dinwiddie, who was Calgary’s quarterbacks coach from 2016-2019.

“Nick is as competitive as it gets and a man of the highest character that will bring a lot to our organization both on and off the field,” said Argos head coach Ryan Dinwiddie. “His greatest attributes are his ability to lead and both his physical and mental toughness, which are some of the best characteristics a quarterback can possess. We are thrilled Nick, his wife Zakiyyah and their daughter Aaliyah have chosen to make Toronto home.”

The 2018 Grey Cup champion spent two record-breaking seasons at Georgia State University (2014-2015), where he was a two-time All-Conference quarterback and Sun Belt Conference Student-Athlete of the Year in 2015. Arbuckle left GSU as the school’s career passing leader with 7,651 yards and 51 touchdowns, while also adding eight rushing touchdowns for a school record 59 total touchdowns. He set conference records for passing after a Senior season with 4,368 yards, as well as single-season school records for completions (307), touchdown passes (28), total offense (4,273) and total touchdowns scored (34). Arbuckle is one of only three Division 1 quarterbacks in the state of Georgia history with two 3,000 yard passing seasons. Prior to his time in Georgia the quarterback played two seasons (2012-2013) at Pierce College in California where he threw for nearly 7,000 yards and 73 touchdowns.