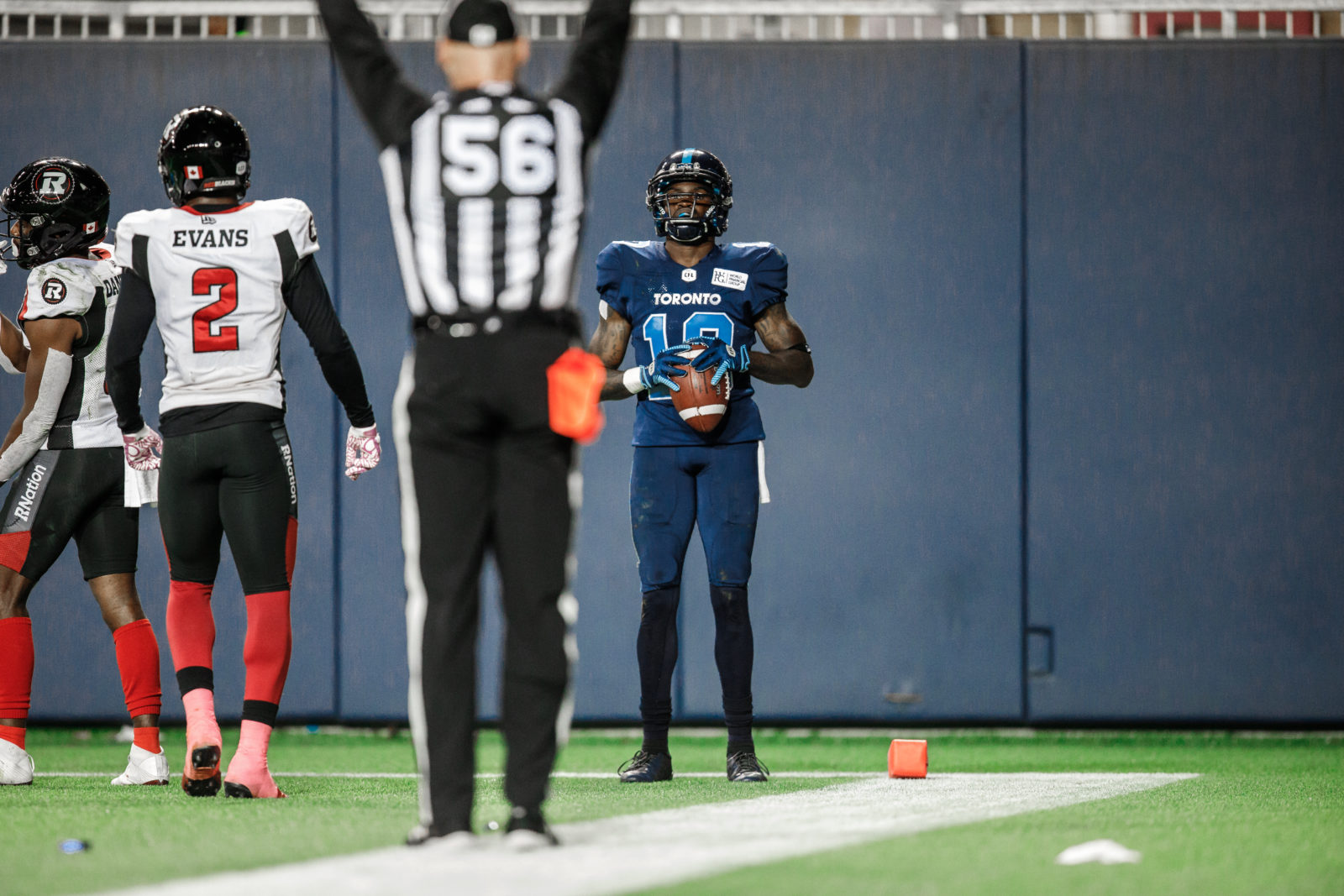 TORONTO — McLeod Bethel-Thompson threw a pair of touchdowns and S.J. Green racked up 170 receiving yards to lead the Toronto Argonauts past the Ottawa REDBLACKS with a 28-21 home win on Friday night. The Argos snapped a three-game losing streak and improved their record to 3-12 with their victory under new general manager Michael ‘Pinball’ Clemons.

Both teams traded field goals in the first quarter before a pair of touchdown drives put Toronto on top in the second quarter. The REDBLACKS recovered a surprise onside kick to start the second half, and they cut into the lead with Will Arndt’s first career touchdown pass.

The Argos answered back when an amazing 42-yard catch from Green set up Bethel-Thompson’s second touchdown connection to Armanti Edwards. Toronto further extended the lead with another field goal, but a late touchdown pass from Arndt to Dominique Rhymes made it a 10-point game with under three minutes to play.

Ottawa recovered another onside kick to set up a 50-yard field goal from Lewis Ward, but Tobi Antigha’s second interception of the game sealed the victory for Toronto.

Green reached a major CFL milestone by surpassing 10,000 receiving yards, and he also recorded his 700th career reception. The 34-year-old receiver gained 107 yards in the first half and finished with 170 yards on 10 catches. 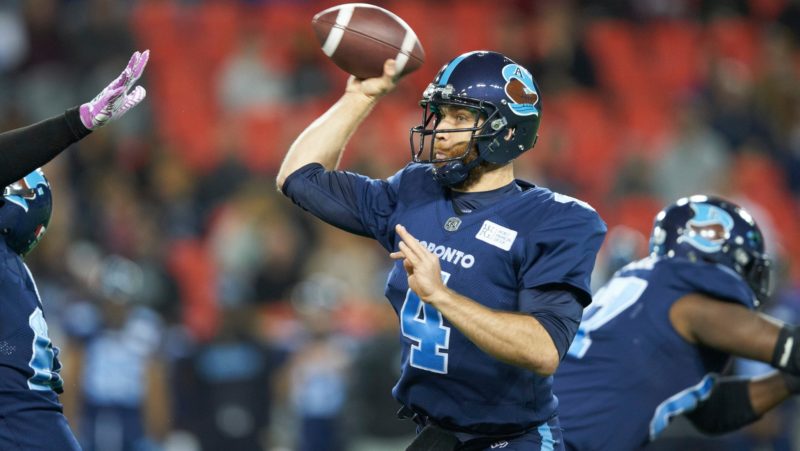 The REDBLACKS took an early lead on their opening drive with a 47-yard field goal from Lewis Ward. Receiver R.J. Harris had the biggest play of the drive with a 14-yard catch-and-run that brought the ball across midfield.

Toronto’s offence responded by moving the ball into Ottawa territory. The Argos were on their way to adding points until REDBLACKS linebacker Kevin Brown stripped the ball from fullback Declan Cross. Defensive back Corey Tindal recovered the fumble for Ottawa to shut down the promising drive.

But the Argos prevented Ottawa from converting the turnover into points, and they added a field goal of their own on their next drive. Green gained 40 yards on a pair of catches to help set up a 19-yard field goal from Tyler Crapigna, making it a tie game entering the second quarter.

Toronto came up with a turnover on the final play of the opening quarter when defensive back Trumaine Washington picked off an errant throw from Arndt.

A costly defensive pass interference penalty called against Ottawa placed the ball at the one-yard line later in the quarter. Green drew the penalty while being covered in the end zone by defensive back Sherrod Baltimore, and the penalty led to a rushing touchdown from James Franklin on a quarterback sneak. Crapigna added the extra point to give the Argos a 10-3 lead.

After forcing another punt on defence, the Argos proceeded to move the ball down the field on their best drive of the opening half. Bethel-Thompson got the drive going with a big completion to Green for 19 yards, and Wilder followed it up by moving the chains on a tough 13-yard run.

Bethel-Thompson capped off the eight-play, 72-yard drive with a 15-yard touchdown strike to Edwards in the back of the end zone, and Crapigna kicked the extra point to put Toronto up 17-3 entering half-time.

The REDBLACKS recovered a surprise onside kick to start the second half, catching the Argos off guard. Arndt followed it up with a 14-yard pass to Harris and a 14-yard pass to Brad Sinopoli. Running back Brendan Gillanders moved the ball further into Toronto territory by cutting through the defence on an 18-yard catch-and-run, and Arndt finished the drive off with an eight-yard touchdown toss to Harris. Ward booted the convert to make it a seven-point game.

Green came up with an amazing grab on the ensuing Argos drive, diving and stretching out to make his 700th career catch on a 42-yard bomb from Bethel-Thompson. Bethel-Thompson followed the big gain up with a 10-yard touchdown strike to Edwards on the next play, and Crapigna added the convert to put Toronto up 24-10 with under ten minutes to go in the third quarter.

Toronto recorded its second turnover of the game when Antigha read Arndt’s eyes and picked off the young quarterback. Antigha rumbled down the field for 45 yards before being tackled by Arndt, and the turnover led to a 33-yard field goal from Crapigna.

Brown came up with another turnover for Ottawa when he picked off Bethel-Thompson in the end zone early in the fourth quarter, but the REDBLACKS’ offence was unable to get anything going after the pick.

The REDBLACKS added a single point to their total when Ward missed a 47-yard field goal wide to the right, but the Argos added a single when a dead ball was declared after a 51-yard punt from  Ronnie Pfeffer.

Ottawa made things interesting with a late touchdown drive that saw Arndt throw a 20-yard touchdown pass to Dominique Rhymes. The REDBLACKS then receovered their second onside kick to set up a 50-yard field goal from Ward, making it a 28-21 game with under two minutes remaining.

Week 19 will see the Toronto Argonauts travel to take on the Montreal Alouettes next Friday at 7:00 p.m. EDT., while the Ottawa REDBLACKS will face the Hamilton Tiger-Cats on the road the following Saturday at 4:00 p.m. EDT.