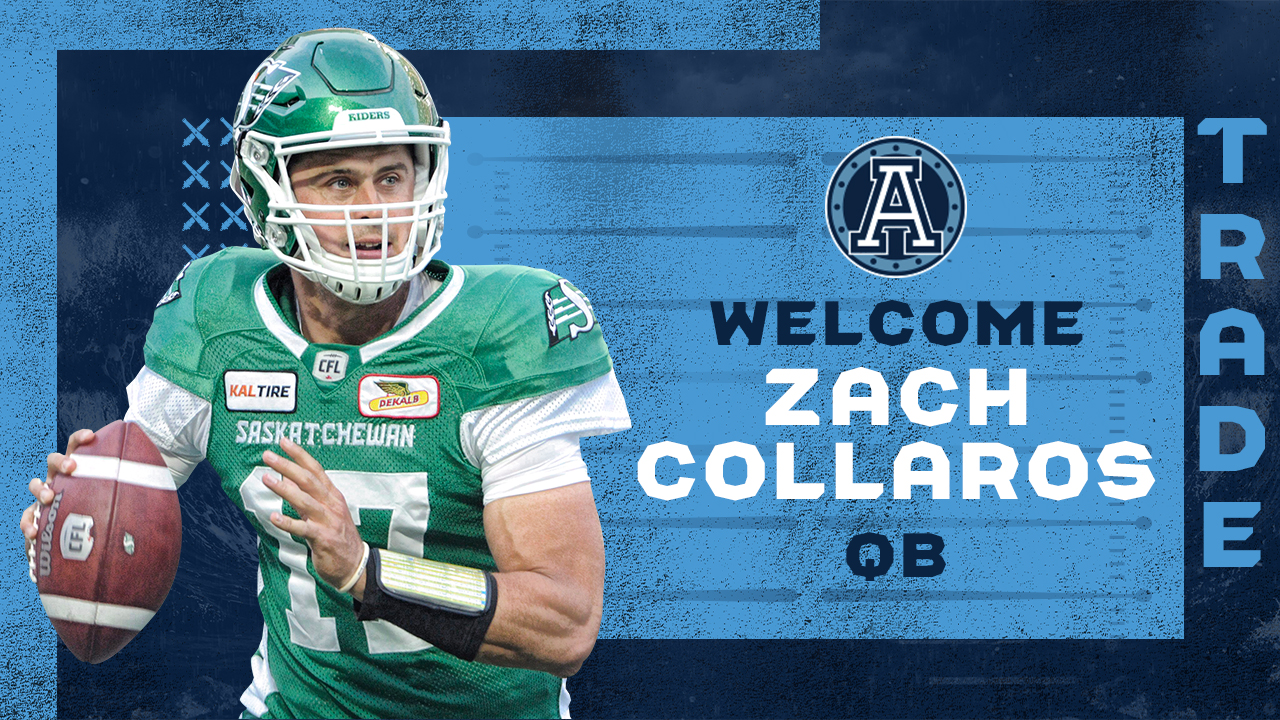 TORONTO – The Toronto Argonauts announced today the club has traded a 2020 fourth-round pick for American QB Zach Collaros. The fourth-round pick can possibly escalate up to a second-round pick depending on playing time and contract extension clauses.

Collaros, 30, returns to the city where he started his CFL career seven years ago. The Ohio native was signed by the Double Blue in June of 2012 after the quarterback was released by the NFL’s Tampa Bay Buccaneers. In two years with Toronto (2012-2013), Collaros played in 22 games, starting eight, completing 190-of-287 passes for 2,417 yards and 17 touchdowns while adding 263 yards rushing with five scores and was part of the Argos 2012 Grey Cup championship team. The 6’0, 219-pound signal-caller signed with Hamilton in 2014 and led the Ticats all the way to the 102nd Grey Cup, an eventual loss to Calgary, after throwing for 3,261 yards and 15 touchdowns that season. The following year saw Collaros have his best season as a pro when he threw for over 3,330 yards and 25 touchdowns but an injury cut his season short. Hamilton made Collaros their choice for the league’s Most Outstanding Player in both 2014 and 2015. After two more seasons in the Hammer, the former Cincinnati Bearcat was traded to the Saskatchewan Roughriders where he played in 14 games in 2018 with 2,999 passing yards and nine touchdowns. An injury on the first play of the Riders season this year has sidelined Collaros the last seven weeks. Over the course of his eight-year career, the pivot has thrown for 16,758 yards, 92 touchdowns while rushing for 952 yards and eight touchdowns.