Ray, 39, has played 235 regular-season games in 16 CFL seasons, including 79 games with the Argonauts between 2012-2018. He had previously played in 156 games with the Edmonton Eskimos between 2002-2011. He retires as the all-time leader in all major passing categories for both teams, the only player to hold this distinction.

“It’s a day where Ricky should be congratulated and his career should be celebrated,” said Argonauts General Manager Jim Popp. “We just want to thank such a humble and great family man who never wanted to seek attention. He was a quiet leader who had everyone’s respect. Ricky had incredible accuracy and was very tough, he’d always sacrifice himself in the pocket to make the perfect pass. In this case, behind the man there were three great women. We want to thank his wife Allyson, and daughters Chloe and Olivia for being a big part of the Argonaut family.” 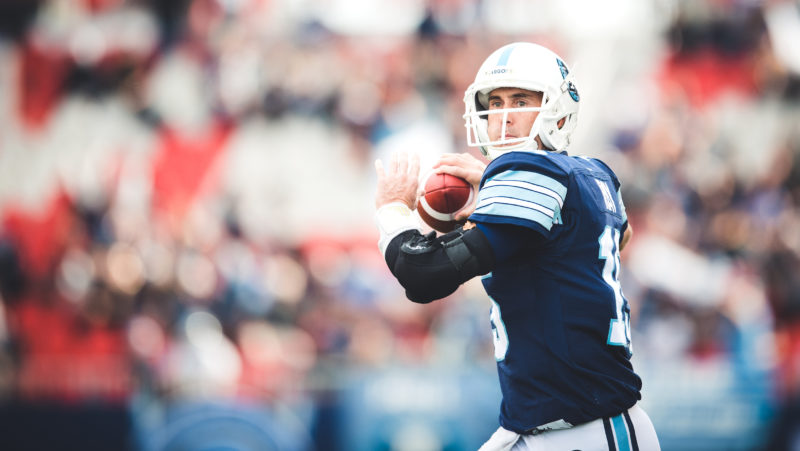 Following a stellar career with the Eskimos that included; Two Grey Cup championships in 2003 and 2005, a Grey Cup MVP after throwing for 359 yards and two touchdowns in 2005, a CFL All-Star nod in 2006 and the Esks Most Outstanding Player nominee five times, Ray was traded to the Argos on December 12, 2011 in exchange for quarterback Steven Jyles, kicker Grant Shaw and a first-round draft pick.

In his first season in Double Blue, Ray led the team to the 100th Grey Cup Championship and the team’s first since 2004. His penultimate season also culminated in a Grey Cup victory including a record 100-yard touchdown pass in the snow in Ottawa. During his time in Toronto he was named an East All-Star in 2013, 2014 (CFL All-Star both years as well) and 2017. In each of those three years he was named the East Division’s Most Outstanding Player.

“It was a pleasure to be a part of the 2017 Grey Cup team with him,” said Argonauts Head Coach Corey Chamblin. “He’s a champion through and through both on and off the field. It’s amazing that he could dominate both the East and West divisions. Going against him in the Battle of Alberta, he was a machine that couldn’t be stopped. I’ve always been in awe of him.” 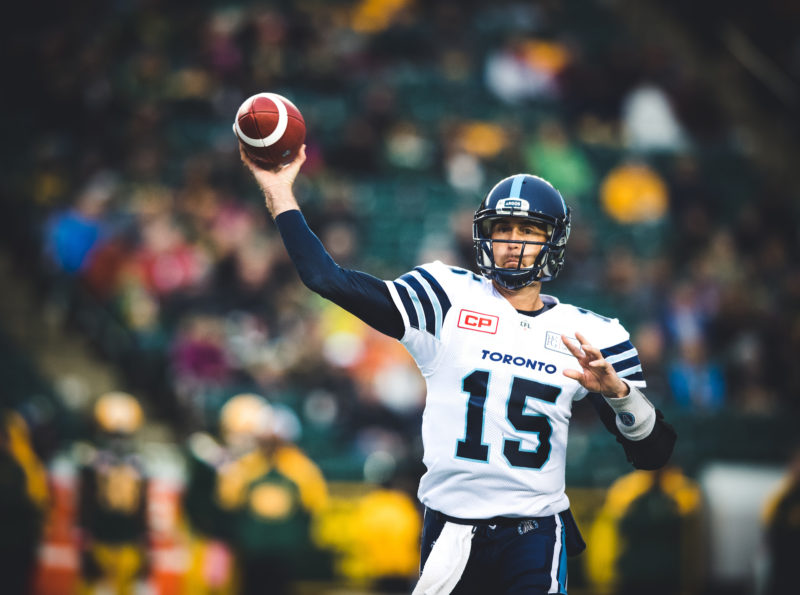