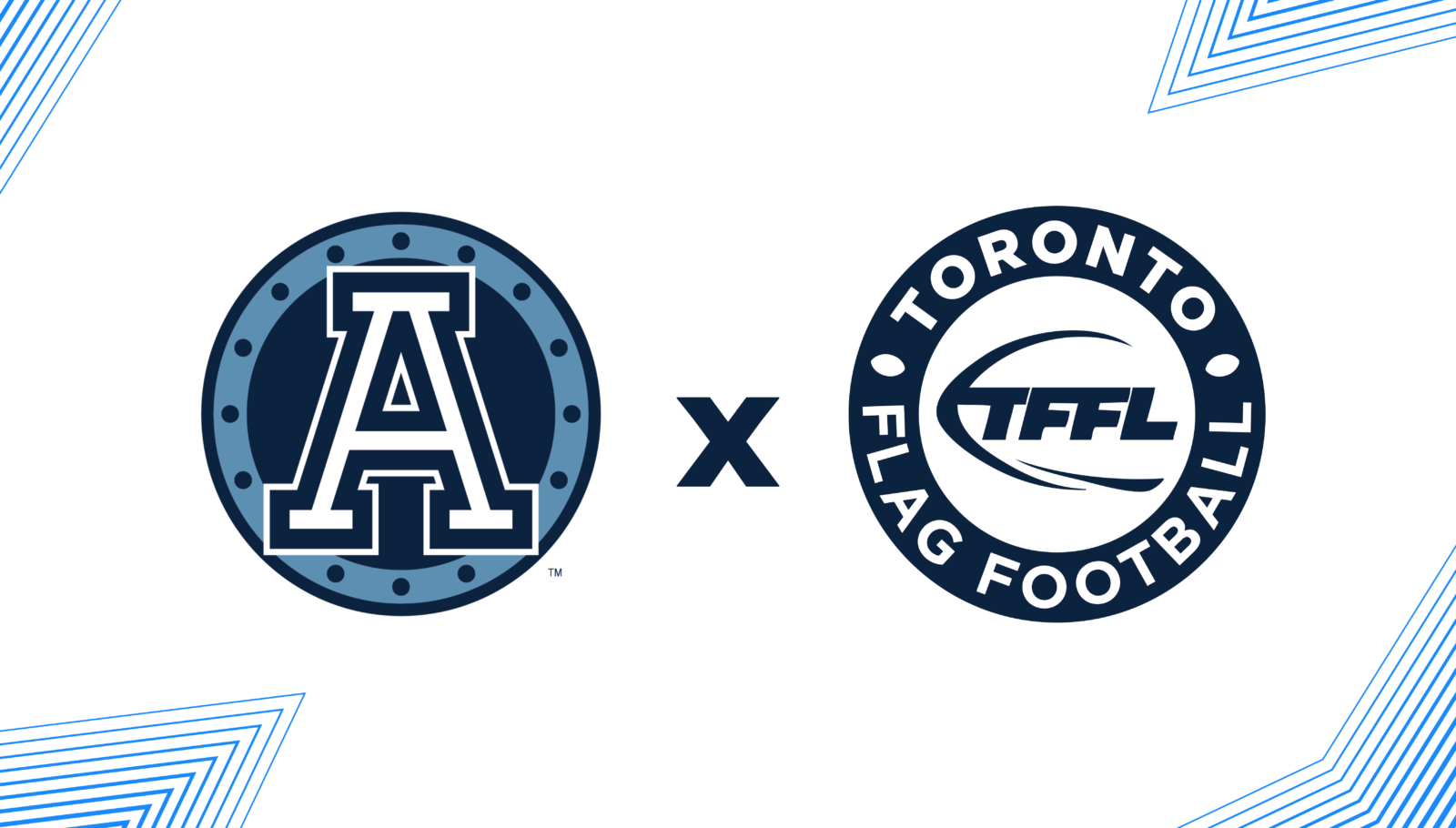 Toronto, ON – The Toronto Argonauts announced today a development-focused partnership with the Toronto Flag Football League (TFFL), as part of the club’s commitment to growing amateur football in Toronto.

“We are proud to partner with the Toronto Flag Football League to play a leadership role in the growth of the game of football in the city and throughout the country,” said Corey Chamblin, Head Coach, Toronto Argonauts. “Flag football has been a big part of my family’s lives as my sons play the sport and my wife and I both coach as well. I can attest firsthand to the benefits and positives that flag football has brought to my family and community.”

TFFL is a non-contact flag football organization designed for players of all sizes and skill levels to compete in exciting flag football action. Over the last 16 years, the organization has provided an environment to develop football skills, foster friendship and excel in teamwork.

“We are thrilled to team up with the Argonauts to promote an active lifestyle through the game of football,” says Max Stone, TFFL Commissioner. “Flag Football provides children of all sizes, skill levels, ages and genders with a fun and safe introduction to the sport, and is a fantastic way to develop their athletic and interpersonal skills.”

The partnership is in addition to the Argonauts’ continued support of contact football through the Toronto District Secondary School Athletic Association’s city championship games and follows last month’s announcement from the Canadian Football League (CFL), which promises more than $4 million to amateur football in 2019.

“This is an excellent initiative that encourages kids to get on the field and experience the great game of football,” said Randy Ambrosie, CFL Commissioner. “Flag football teaches teamwork, discipline and inclusion. It’s a great way to make friends and have fun. Congratulations to the Toronto Argonauts and the Toronto Flag Football League for working together to make it happen.’

The TFFL partnership will include Argonauts branding on all participant jerseys, player and alumni appearances from current and former members of the team, clinics for both participants and coaches and alignment with Huddle Up, the Argonauts’ signature anti-bullying program.

For more information and to sign up for the league visit torontoflagfootball.com.

Started in 2002 by Andrew Clarfield and Jacob Prager, the Toronto Flag Football League is a non-contact flag football organization designed for everyone who loves the game of football. Over the past 16 years, the Toronto Flag Football League has provided a safe, fun, and captivating experience for thousands of players by creating a professional feel in a recreational league setting.