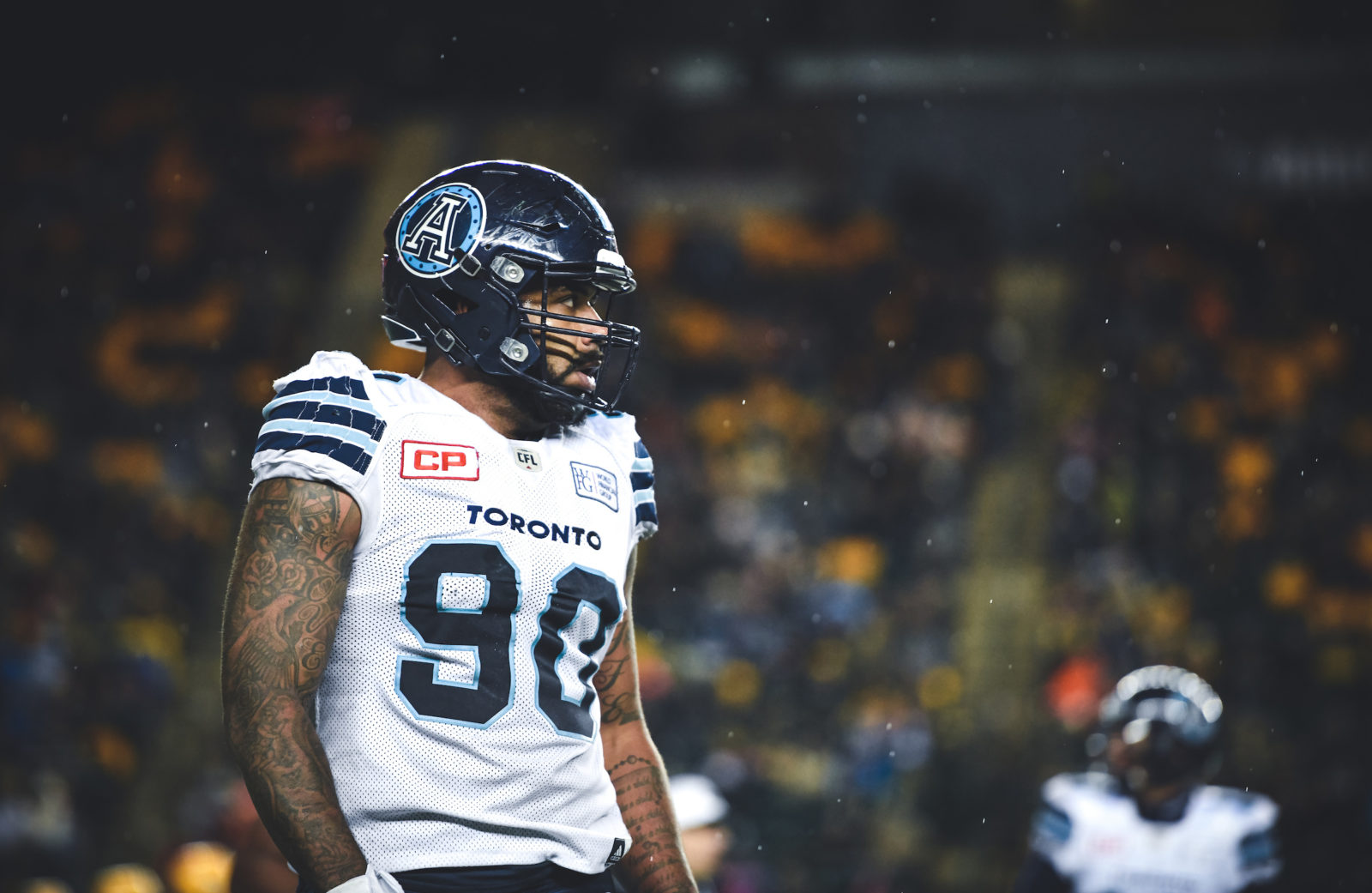 Cleyon Laing (90) of the Toronto Argonauts during the game against the Edmonton Eskimos at Commonwealth Stadium in Edmonton, AB, on Saturday, Oct. 14, 2017. (Photo: Johany Jutras)

TORONTO – The Toronto Argonauts announced Tuesday that the team has signed Canadian defensive lineman Cleyon Laing to a two-year contract through the 2019 season.

“Cleyon showed last year that he is one of the top players at his position in the CFL, and we’re thrilled to have him back in Double Blue for another two years,” said Argos General Manager Jim Popp.

Laing, 27, returned to Toronto for his second run with the Argos in 2017, recording 10 defensive tackles, one tackle for a loss, five sacks, a forced fumble and three fumble recoveries in 11 regular season games en route to his second career East Division All-Star nomination. The 6-3, 280-pound native of Edmonton, Alberta, previously spent three seasons in Toronto after being selected by the team in the second round (9th overall) of the 2013 CFL Draft.

The Iowa State product played an integral part in the team’s 105th Grey Cup victory, recording a sack on the first play from scrimmage before forcing a fourth-quarter fumble that would be returned for a game-tying touchdown late in the game.