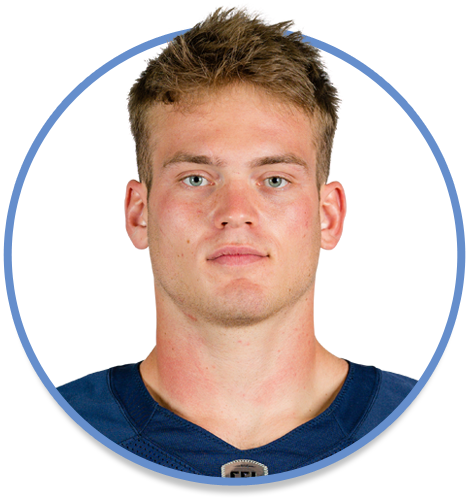 Acquired: Selected in the second round, 11th overall, of the 2020 CFL Draft.

2021: Played 8 games. Made 2 defensive tackles and tied for second on the team with 9 special teams tackles. Made CFL debut August 7 at Calgary. Playoffs: Had no stats in Eastern Final loss to Hamilton.

Personal: Attended Canada Prep Academy in Niagara Falls, Ontario. Attended Lorne Park Secondary prior to that. A member of U-19 Team Canada in 2016. His roommate at Carleton was Argo 2021 draft pick Trevor Hoyte.