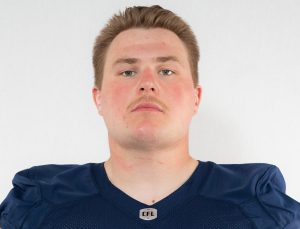 Acquired: Selected in the first round, sixth overall, in the 2022 CFL Draft.