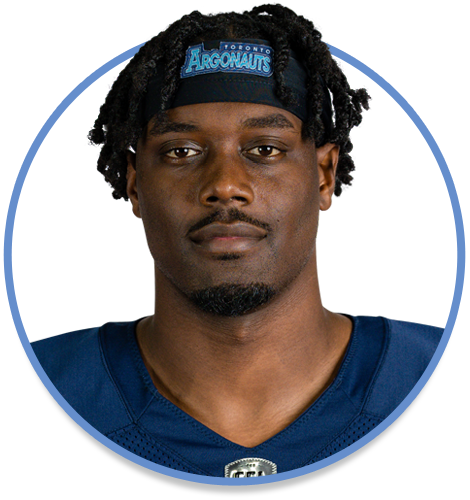 2019: Signed with Edmonton Eskimos as a free agent February 12. Played 13 games. Caught 45 passes for 738 yards with 2 touchdowns. Caught 10 passes for 207 yards August 23 against Winnipeg. Playoffs: Had 6 catches for 43 yards at Montreal in Eastern Semi-Final. Caught 8 passes for 109 yards and a TD in Eastern Final loss at Hamilton.

2018: Played 12 games for Calgary Stampeders. Caught 50 passes for 747 yards with 7 touchdowns. A weird stat, he had back-to-back 116-yard games, both against Edmonton. Missed the end of season with a broken collarbone.

2016: Signed with Calgary May 4. Played 11 games. Caught 51 passes for 885 yards with 8 touchdowns. Caught his first CFL pass August 18 at B.C., a 14-yarder from Bo Levi Mitchell. Caught his first TD pass August 28 against Hamilton, a 76-yarder from Mitchell. Named the CFL’s Most Outstanding Rookie. Playoffs: Caught 4 passes for 107 yards and a touchdown in Western Final win over B.C. 104th Grey Cup: Caught 7 passes for 89 yards in loss to Ottawa.

2015: Signed with the Minnesota Vikings May 5 as an undrafted free agent, waived August 30…Claimed off waivers by New England Patriots September 1, waived September 3.

College: Attended the University of Notre Dame (2011-13). Played 24 games. Did not see action in his freshman season. Finished with 80 catches for 1,235 yards and 7 touchdowns, all scored in his junior season. His best game with the Irish was against Purdue as a junior where he had 8 catches for 167 yards and 2 TDs. Reached the BCS championship game against Alabama in his sophomore season and had 6 catches for 115 yards.

Personal: Attended Vernon Hills High School. Named 5-A All-State. Was also a member of the basketball and track and field teams. His father Phillip was an NFL defensive end for 15 years with Seattle, Chicago and Washington.