The Argos have a lot to celebrate in 2023 as the reigning champions look to defend their Grey Cup title in the team’s 150th year. The Argonauts date all the way back to 1873 and will celebrate the team’s great history in 2023 all season long. Last season saw the Argos win the East Division for the second year in a row, with an 11-7 record and rode that momentum to a thrilling last minute victory over the Winnipeg Blue Bombers in the 109th Grey Cup. The full 2023 Argos schedule can be seen below.

Highlights from the 2023 home schedule: 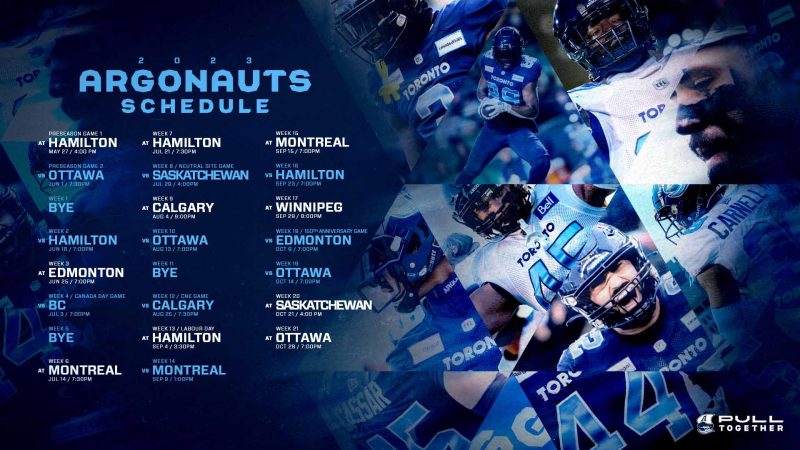 For more information on the 2023 schedule as well as new season ticket memberships or to reserve your group package for the 2023 season visit Argonauts.ca, or register to become an Argos Newsletter Subscriber and be the first to hear about Argos contests, ticket offers, promotions and team news.