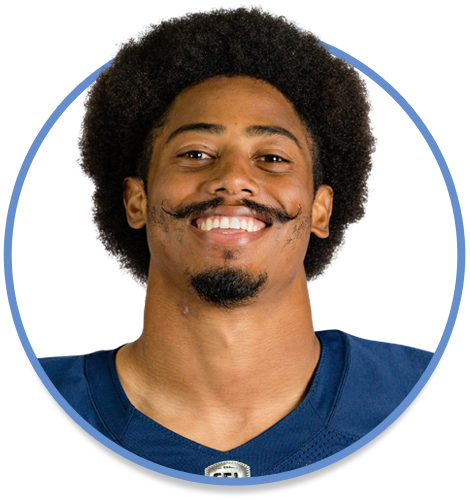 2019: Played eight games with the San Diego Fleet (AAF) before the league ceased operations. Recorded 30 tackles and one interception…Signed with Montreal Alouettes May 29, released the same day.

2016: Selected by the Pittsburgh Steelers in the 6th round, 220th overall, of the NFL Draft…Lost off the practice roster to the Saints December 9.

College: Attended the University of Washington (2011-15). Played 51 games. Originally committed to Arizona verbally. Redshirted his freshman year at Washington. Moved from safety to linebacker in his freshman camp. Finished career with 248 tackles, 15.5 sacks and four interceptions. Was honourable mention All-Pac-12 as a redshirt freshman, Second Team All-Pac-12 as a senior. In his senior year, as a tribute to those women he knew who passed away from breast cancer, he cut and dyed his hair in the shape of a pink ribbon. At the NFL Combine ran a 4.50 40-yard dash and posted a 40-inch vertical jump.