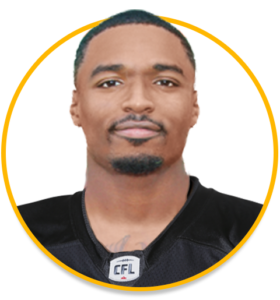 2015: Played 15 games for Hamilton. Caught 69 passes for 1,030 yards and six TDs. Had three 100-yard games, including a season-high 163 yards on four catches against Saskatchewan December 9. Playoffs: Had one catch for nine yards in East Semi-Final win over Toronto. Did not play in East Final loss at Ottawa.