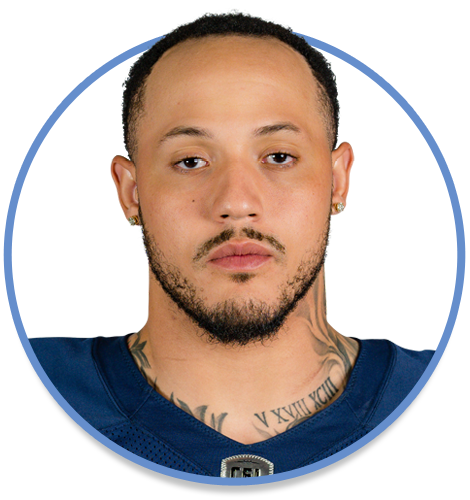 2021: Signed with Toronto Argonauts February 6. Played 5 games. Finished with 4 tackles. Made CFL debut August 7 in Calgary. Playoffs: Had a tackle and a sack in Eastern Final loss to Hamilton.

2018: Played 11 games with Denver Broncos. Finished with 10 tackles, a sack and a forced fumble.

2016: Played 16 games with Denver. Had 46 tackles, 8 sacks, forced a fumble and recovered 2 fumbles. One of those he returned for his only NFL touchdown, September 18 against Indianapolis. Had a 2-sack game at Cincinnati September 25, both against Andy Dalton.

2015: Selected by Denver in the first round, 23rd overall, of the NFL Draft. Played 14 games. Finished with 20 tackles and 4 sacks. Made his NFL debut September 27 at Detroit. Recorded his first NFL sack October 4 against Minnesota’s Teddy Bridgewater. Super Bowl 50: Had 2 tackles and forced a fumble in Denver’s 24-10 win over Carolina.

College: Attended the University of Missouri (2012-14). Played 40 games. Redshirted as a freshman. Finished with 120 tackles, 19 sacks, 34 tackles for loss, 5 forced fumbles, and a fumble recovery. Had an incredible junior season; 65 tackles, 22.5 tackles for loss, 3 forced fumbles and a Mizzou record 14.5 sacks. He was named the SEC Defensive Player of the Year and was a consensus All-American. In his sophomore season he recovered a fumble against Oklahoma State in the Cotton Bowl and returned it 73 yards for a last-minute, game-clinching touchdown.

Personal: Attended Bishop Miege High School. Rated the No. 3 prospect in the state. Named All-State in his senior year after a season highlighted by 100 tackles, 16 tackles for loss and 10.5 sacks. Also competed in track and field. His father Wendell was a fifth-round pick of the Minnesota Vikings in 1981.