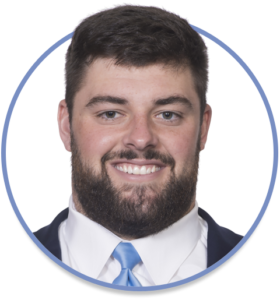 Acquired: Selected in the first round, fourth overall in the 2015 CFL Draft.

2015: Was the Argos first-round draft pick, fourth overall. Went to New York Giants rookie mini-camp. Returned to University of Calgary for his final year of U Sports eligibility.