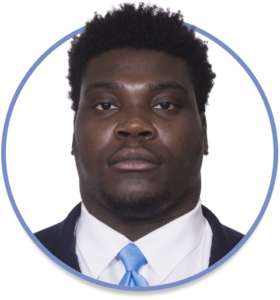 2019: Waived by Washington Redskins May 13…Appeared in three games for the Argos, started all three. Made CFL debut July 25 in Edmonton.

2017: Signed with Baltimore Ravens as an undrafted free agent on May 15. Waived September 1…

College: Attended the University of Buffalo (2015-16). Started all 12 games at left tackle as a senior. Played in eight games and started three of the Bulls final four games as a junior. Attended Hudson Valley Community College (2013-14).