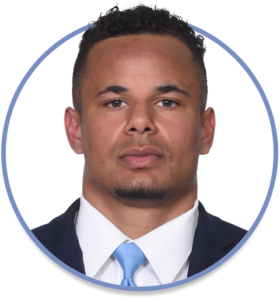 Acquired: Selected in the fourth round, 27th overall, of the 2017 CFL Draft.

2018: Played in 14 games, started one. Started the September 8 game against Hamilton. Finished with eight tackles with another seven on special teams. Returned one punt, the game’s final play in a one-point win over Ottawa August 2.