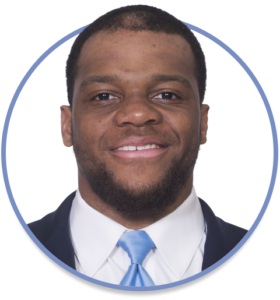 Acquired: Selected in the third round, 20th overall, of the 2018 CFL Draft.

2019: Played in 16 games. Missed one game to injury, was on the practice roster for another. Primarily played special teams.

College: Played five years at the University of Montreal. A three-time RESQ All-Star as well as the conference’s 2014 Rookie of the Year. Was named MVP of the 2014 Vanier Cup after catching six passes for 90 yards. As a senior in 2018 he caught 46 passes for 503 yards and a touchdown in eight games. In the Dunsmore Cup final against Laval he caught 10 passes for 110 yards. U-Montreal’s all-time leading receiver. Played in the East-West Shrine Game featuring NCAA all-stars. Attended Chicago Bears mini-camp before his senior season.

Personal: His family moved to Montreal from the Congo at age three. Attended CEGEP at Edouard Montpetit in Longueuil.