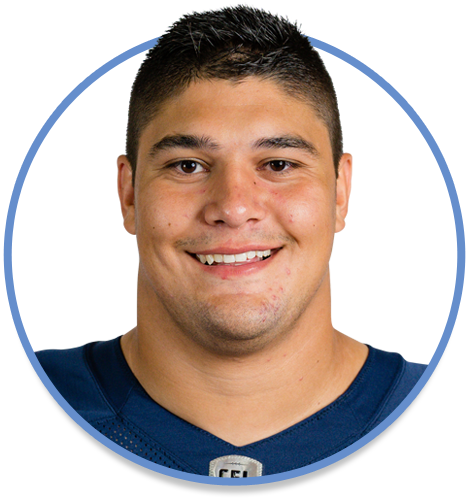 Acquired: Selected in the first round, 7th overall, of the 2021 CFL Draft.

College: Attended the University of Calgary (2016-20). Played 20 regular-season and 6 playoff games. Played all 16 regular-season games in his last 2 seasons. Redshirted as a freshman in 2016 because of injuries. Was heavily recruited by teams outside Alberta but opted to stay home and play with the Dinos. A member of the 2019 Vanier Cup champions. Named a Canada West All-Star in 2019.

Personal: Attended St. Francis High School. Played both offensive and defensive line for the Browns, who captured the city and Alberta 4A championships. Was an all-star with the Calgary Mavericks.