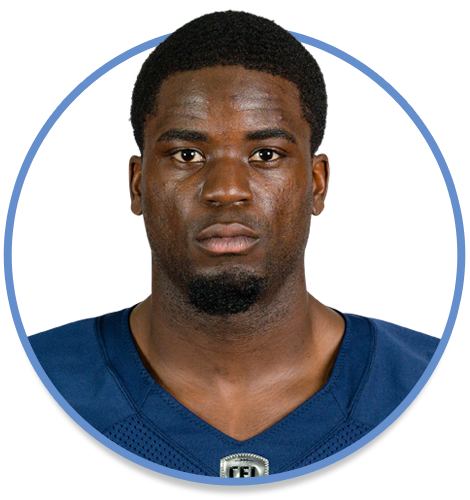 Acquired: Drafted in the second round, 18th overall, of the 2019 CFL Draft (territorial pick).

2021: Played 12 games, started 1. Recorded 3 tackles and 2 special teams tackles. Playoffs: Did not play in Eastern Final loss to Hamilton due to injury.

2019: Played in 12 games, started 4. Made CFL debut in Saskatchewan July 1. His first start was in Calgary July 19. Recorded 8 defensive tackles and 1 on special teams.

College: Attended Fresno State University (2017-18). Did not see any action in his first season as a Bulldog, then appeared in all 14 games as a senior. Recorded 2 tackles in the Las Vegas Bowl against Arizona State. Blocked a PAT in the fourth quarter of the Mountain West championship game that helped send the game into overtime, a game eventually won by the Bulldogs…Played the 2016 season at Arizona Western College where he had 2 interceptions in 12 games…Spent his freshman 2014 season at the University of Kansas. Played in 8 games, recording 2 interceptions and 5 pass breakups. Didn’t participate at CFL combine but ran the 40 in 4.38 and 4.39 at his pro day.

Personal: Attended IMG Academy in Bradenton, Florida. Initially went to Pickering High School in Ajax, Ontario. Played for both the Ajax-Pickering Dolphins and Oshawa Hawkeyes in the OVFL.