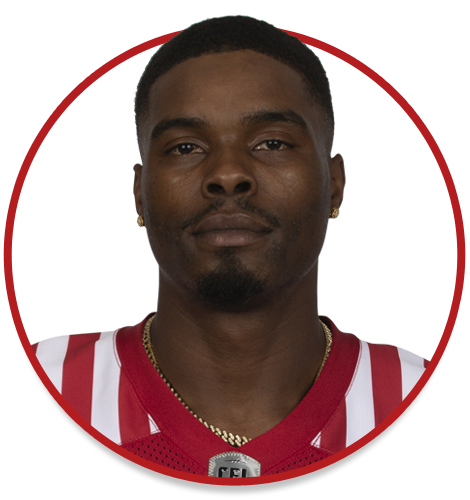 2019: Played 10 games. Caught 37 passes for 491 yards and one touchdown. Made CFL debut July 6 at Saskatchewan. His first CFL catch came in that game, a six-yard pass from Nick Arbuckle. His first CFL touchdown was a 28-yard pass from Bo Levi Mitchell October 5 at Montreal. That was also his first 100-yard game as he caught nine passes for 149 yards. Playoffs: Was Calgary’s leading receiver with six catches for 66 yards in West Semi-Final loss to Winnipeg.

2015: Caught 27 passes for 312 yards and three touchdowns. His first NFL TD was against New Orleans on October 11, a 41-yard pass from Sam Bradford.

2014: Selected by Philadelphia in the 3rd Round, 86th overall, of the NFL Draft. Caught eight passes for 98 yards. Made NFL debut October 5 vs St. Louis Rams. Caught first NFL pass in that game, a four-yard pass from Nick Foles.

Personal: Attended Nimitz High School. Over his career played quarterback, receiver, running back and cornerback. Selected to US Junior National Team in 2010. 2008 Class 5A Second Team. As a QB in his senior season he threw for 856 yards and rushed for 1,147 and 11 TDs.