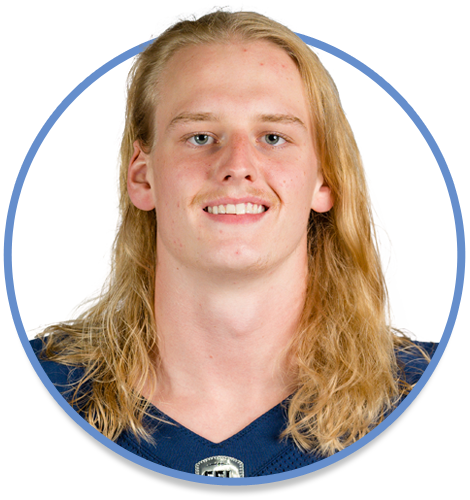 Acquired: Selected in the sixth round, 47th overall, of the 2021 CFL Draft.

2021: Played 14 games. Made 8 tackles and 6 special teams tackles. Made CFL debut August 7 in Calgary. His first CFL start was September 10 against Hamilton. Playoffs: Did not play in Eastern Final loss to Hamilton due to injury.

College: Attended the University of Saskatchewan (2016-20). Played 26 regular season and playoff games. Recorded 72 tackles, 4 interceptions, a forced fumble, and a fumble recovery. Redshirted in 2016. Intercepted 3 passes in 2018, tied for the Canada West lead. Recorded 5 tackles in his final game, a 2019 Hardy Cup loss to Calgary. Was a member of the 2018 Hardy Cup champs and intercepted an Adam Sinagra pass on Calgary’s first play of the championship game.

Personal: Attended Campbell Collegiate. He was a member of the U-18 Team Canada in 2016. His father played on the 1990 Vanier Cup champion Saskatchewan Huskies.