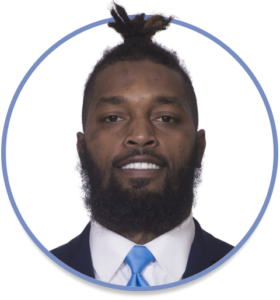 2019: Played in four games, started three. Began the season on the practice roster, then dressed for first time August 16 vs. Edmonton. Injured September 20 vs. Calgary and missed the remainder of the season.

2018: Played in six games for Toronto in his first CFL season, starting four. Made his debut July 13 at Edmonton. Got his first CFL start in the Labour Day Classic at Hamilton, playing halfback. Finished the season with 11 tackles.

2014: Declared eligible for the NFL draft as a junior…Selected in the seventh round, 247th overall, by the Oakland Raiders. Signed with Raiders May 20. Played in seven games, recording four tackles. Placed on injured list December 6.

College: Played in 23 games over two seasons at Western Kentucky after transferring from the University of Florida. Recorded 127 tackles, forced six fumbles and picked off nine passes, returning one for a touchdown. Was named First Team All-Sun Belt Conference in both of his seasons at WKU. Ranked fifth nationally with six interceptions in his sophomore season…Sat out 2011 after transferring from Florida, where he played two games as a freshman.

Personal: Played at Southeast High School. Was ranked as the No. 5 safety in the country by Scout.com. In his senior season he recorded 58 tackles, blocked three punts and had an incredible 14 interceptions, two of which he returned for TDs. Played both ways as a senior and caught five TD passes. Also ran track at Southeast.