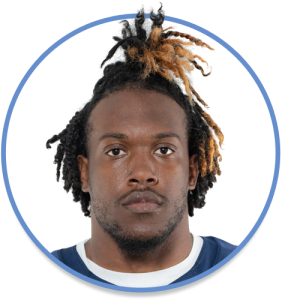 2019: Signed with Indianapolis Colts as an undrafted free agent May 3, waived May 14.

College: Attended Mississippi State University (2015-18). Played 46 games. Started 9 games in his senior season, missing 3 due to injury. Had his only pick 6 as a junior, a 90 yarder against Texas A&M. Finished career with 99 tackles, 3.5 tackles for loss, a sack, 3 interceptions, and 2 forced fumbles. Started out as a safety but moved to cornerback in his sophomore season.

Personal: Attended Bassfield High School. Rated the No. 1 prospect in the state of Mississippi. Ranked the 40th best high school player in the country by ESPN. Had 5 interceptions as a senior, while catching 28 passes for 581 and 6 TDs. His team won three-straight Class 2A state championships. Averaged 18.2 points per game as a junior on the Bassfield basketball team.