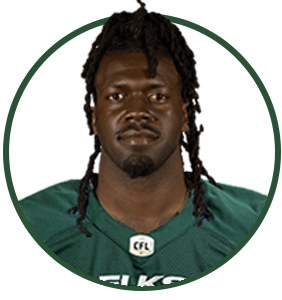 2020: Played 11 games with Los Angeles. Recorded 4 tackles and a sack. Made NFL debut September 13 against Dallas. His first NFL sack came October 11 at Washington against Alex Smith. Playoffs: Did not play in Wild Card win at Seattle, or Divisional Round loss at Green Bay.

College: Attended the University of Florida (2016-18). Played 32 games. Recorded 78 tackles, 26.5 tackles for loss, 15 sacks, and 8 forced fumbles. He had a monster junior season with 45 tackles, 11 sacks, 17.5 tackles for loss, and an FBS-leading 6 forced fumbles. Named First Team All-SEC and Second Team All-American by the Associated Press. Named Semi-finalist for the Chuck Bednarik Award, presented to the NCAA Defensive Player of the Year. Declared for the NFL draft following his junior season.

Personal: Attended Mainland High School. Named Second Team All-State as a junior. The Buccaneers advanced to the Class 6A state final in his senior season. In his senior year he returned two fumbles for touchdowns, one for 52 yards, the other for 63. Also punted as a senior, averaging 38.9 yards with a long of 63.