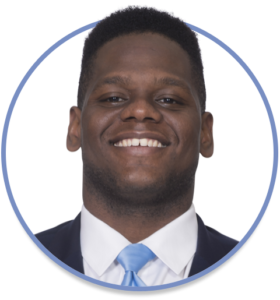 2019: Played 7 games with Toronto, started all 7. Injured in the game against Montreal at Moncton August 25 and missed the remainder of the season.

2018: Started the season on the Argos practice roster before being elevated to the game day roster on Labour Day. Was a game-day scratch for 5 games before making his CFL debut October 12th against Hamilton. He started the final 4 games of the season at left tackle.

2016: Signed with Indianapolis as an undrafted free agent May 3.