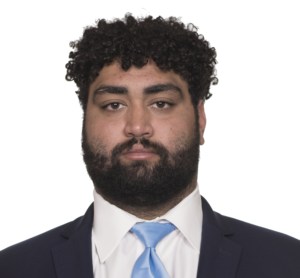 2018: Played in one game. Made his CFL debut July 21st against Winnipeg. Spent the remainder of the season on the practice roster.

College: Played in 25 games over four seasons at McMaster University. Recorded 55 tackles, 10.5 tackles for a loss, 5.5 sacks, two forced fumbles, one fumble recovery and a pass breakup. Had 24.5 tackles as a senior.