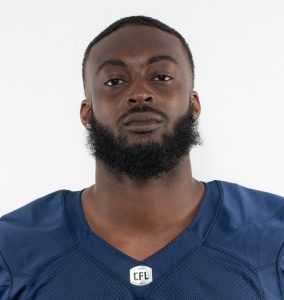 Acquired: Selected in the sixth round, 53rd overall, in the 2022 CFL Draft.

Personal: Attended Cedar Hill High School. Named First Team All-District 8-6A. In his senior year he recorded over 40 tackles and forced a pair of fumbles. Also lettered in track. Was born in Regina while his father Eric Sr. was playing in the CFL.