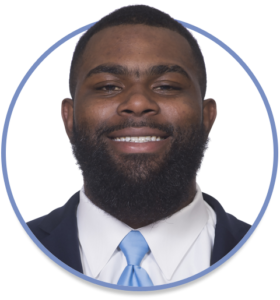 Acquired: Acquired July 3, 2018 in a trade with the Saskatchewan Roughriders in exchange for a player on Toronto’s negotiation list.

2018: Played seven games for Toronto, started one. The start was July 13th at Edmonton. Finished the season with four tackles as an Argo, added one on special teams. Played one game for Saskatchewan before the trade, the season opener against Toronto, recorded two tackles.

2017: Did not play. Served as the defensive recruiting analyst for the Oklahoma Sooners.

2016: Signed as an undrafted free agent by the Buffalo Bills on April 30, released August 30.

College: Played 52 games, started 39 over four years at Oklahoma. Named First Team All-American by Sports Illustrated and the Sporting News as a senior. In his junior season he had 12 tackles against Clemson in the Russell Athletic Bowl. As a sophomore had three sacks, seven tackles and a forced fumble against Alabama in the Sugar Bowl.

Personal: Attended Armwood High School in Tampa, Florida. Set school record with 42 sacks, including 16 as a junior. He had 125 tackles that year and was named a Sports Illustrated All-American.